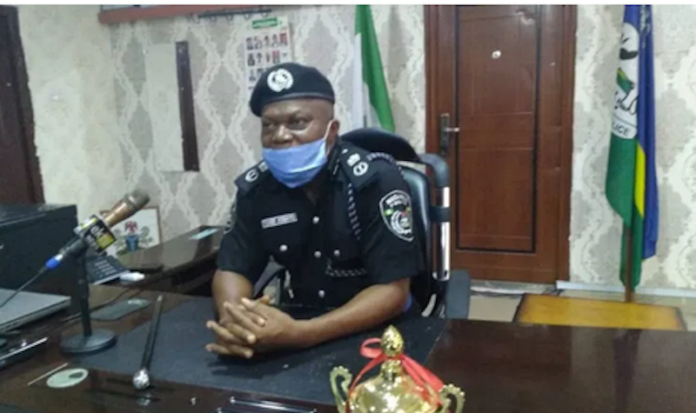 The Ekiti State Police Commissioner, Mr. Babatunde Mobayo, has clarified that the policewoman, who was shot during the Saturday’s House of Assembly bye-election in Ekiti East Constituency 1, is responding to treatment.

Mobayo said the victim only sustained gunshot wounds and was immediately rushed to the hospital for Medicare.

Three persons were shot dead on Saturday by suspected party thugs while five others sustained gunshot wounds during the House of Assembly bye-election conducted by the Independent National Electoral Commission (INEC) in the state constituency.

Mobayo, who responded yesterday via the Police Command’s Spokesman, Mr. Sunday Abutu, said: “No police officer died during the shooting. One of our officers was shot, but she didn’t die as wrongly speculated.

“The policewoman, who though was in a critical condition yesterday, is now responding to treatment. She is getting better.”

He said his men arrested three suspected perpetrators of the shootings who are now being detained at the police headquarters in Ado Ekiti.

“Yes, three suspected party thugs have been arrested. They were picked up where they were hiding and are now being detained in our headquarters.

“Murder is a capital offence and police won’t watch and allow anyone to take laws into his own hands freely. Nigeria is a nation being guided by laws. Just like we assured our people on Saturday, everyone who had hands in the killings will be brought to book.

“And I am assuring that all those that were arrested will be taken to court as soon as we conclude investigations and gather enough evidence,” the commissioner of police said.

Meanwhile, the All Progressives Congress (APC), Ekiti State, in a statement by its Director of Media and Publicity, Mr. Sam Oluwalana, condemned the unwarranted shootings by suspected thugs at unit 7, ward 7 which is the polling unit of Senator Biodun Olujimi’s ward.

Oluwalana explained that irrespective of the party or personality involved, no life should be lost over any election, saying: “It is unfortunate that a very peaceful and transparent election could have turned so bloody.

“The APC is law abiding, peaceful and as such has no reason to be violent. No election is worth the blood of any Ekiti son or daughter. We sincerely commiserate with the families of those who lost their loved ones to the incident, while also wishing the policewoman and other gunshot victims still on admission in the hospital quick recovery.”

Also, the Young Progressives Party (YPP), has commended the INEC for suspending the election due to crisis and pleaded that the INEC should not allow itself to be used by any party to upturn the poll whenever it would be conducted again.

The YPP said: “We condoned with the families of those who lost their lives in the unfortunate incident and pray God to grant them eternal rest as well as the fortitude for the families to bear the irreparable loss.”

The seat became vacant following the death of an APC’s lawmaker representing the constituency in the state House of Assembly, Hon. Juwa Adegbuyi, in February.