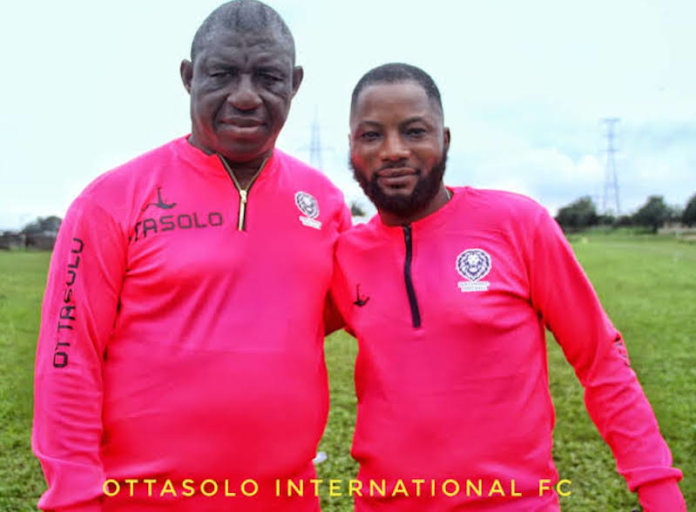 *Excited by team’s promotion to NNL

Erstwhile Stationery Stores FC defender and owner of wave-making Ottasolo FC, Gabriel Davies, has described his side’s qualification to the Nigeria National League (NNL) in only their first try, as a dream come true, adding that his resolve is to make the club a model in the country.

Ottasolo FC remarkably stormed through their Nationwide League One campaign at the Ilorin centre by winning five matches and drawing 2-2 only against Remo Stars to secure their spot in the playoff against the City of David.

In the ensuing qualification match on Friday in Ilorin, Ottasolo came out smoking with an impressive 2-0 win against their equally determined contender much to the joy of the club’s owner.

“Victory against City of David and qualification to the NNL is a great achievement for us and I’m happy we came through despite all the odds,” Davis who also laced boots for Mogas ‘90 in Gabon in his playing days, remarked.“ This is just the beginning and we want to create history by working our ways up to the ladder of Nigerian football.”

Davies said he dreamed of replicating the pace-setting style of the defunct Ibadan-based Leventis United that rose through the ranks of Nigerian football with style in the 1980s.

“Of course nothing is impossible and as you said, Leventis United was such an admirable thing in those years and I think we can follow the same steps; it’s our dream to play in the elite Nigeria Professional Football League (NPFL) in the nearest future and we are going to work hard for it,” he noted.