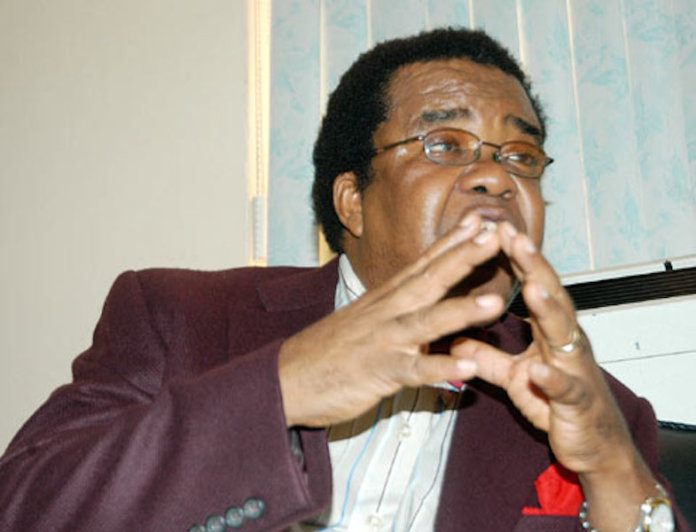 A former Minister of Foreign Affairs, Prof. Bolaji Akinyemi, has urged President Muhammadu Buhari to immediately adopt the report of the 2014 National Conference convoked by former President Goodluck Jonathan, which recommended that the country should be restructured to enhance governance.

Akinyemi, who was the deputy chairman of the conference, stated this yesterday on ARISE NEWS Channel, the broadcast arm of THISDAY Newspapers, in a response to the concern that Buhari had dumped the report.

He said the country should be restructured because the centre has become overloaded and inefficient, especially in light of some of the security challenges like banditry and kidnapping ravaging some parts of the country.

He also proposed that the central authority should have a subsidiary function and perform only those tasks, which cannot be performed at the local level.

Akinyemi’s view lent weight to the agitations by different groups at the forefront of the clamour that the country should be restructured.
He said: “Well, the main recommendation really of 2014 National Conference was the restructuring of Nigeria, which everybody has embraced, including those who say they don’t understand what it is.

“Everybody now believes that the centre is overloaded; has become inefficient and everybody has hopped into the doctrine that local issues are better managed at the local level. This is the doctrine of subsidiarity. And that unless you just want to hold on to power for power’s sake, you need to decentralise in Nigeria. That is basically the result of the conference and its main recommendation.

“The reason it has been pushed aside has nothing to do with the rationality behind the resolutions and recommendations that we came up with.”

He reiterated his call for Nigeria to become a nuclear power, saying its emergence as a nuclear power will enhance its relevance in global politics while being in possession will be ultimate protection against intimidation from those who have it.

He also singled out former Heads of State, the late Gen. Murtala Muhammed and the late Gen Sani Abacha, as leaders with the character to set the country on the path of a nuclear development programme.

Akinyemi stated that he had a fascinating conversation with the late Abacha on the subject when the latter emerged head of the military junta in 1993.

He said Abacha indicated he found nothing wrong with Nigeria becoming a nuclear power.
Akinyemi added that the United States was not happy about the concept of medium powers that he developed, which was aimed at making Nigeria become a global player among the developing nations.
He said the US saw it as a challenge to its monopoly of global politics.