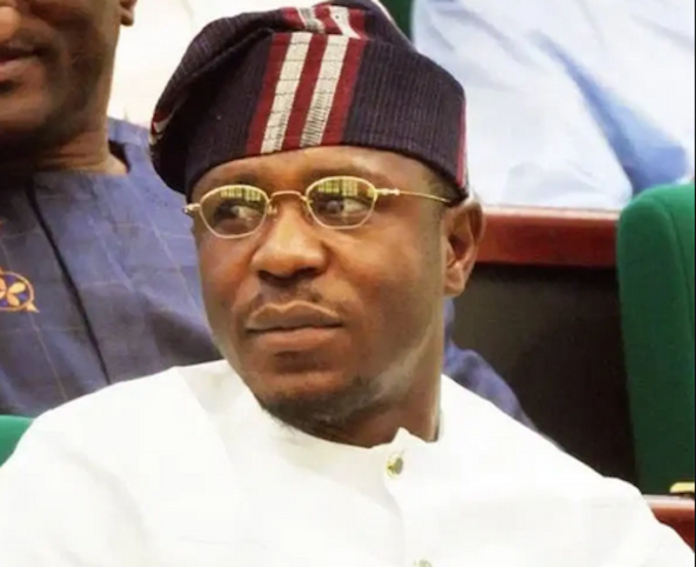 Tajudeen Adeyemi Adefisoye is the youngest and only member of the Social Democratic Party in the House of Representatives. Adefisoye represents the Idanre/Ifedore Federal Constituency, Ondo, at the National Assembly’s lower chamber. Adefisoye is a man of the youth, with a foundation that symbolises this fact. Hon. Adefisoye, reports are claiming, has not done well for his youths.

With 2023 just around the corner and folks dusting their drawers to reclaim their Voter’s cards, insightful social/political analysts have begun to riffle through the profiles and accomplishments of Nigeria’s most influential public figures and serving politicians. One of these is Hon. Tajudeen Adefisoye, alias ‘Small Alhaji’. The results of the analysis with respect to the Idanre/Ifedore Rep found him wanting, having neglected the youth all this time. Were it some other lawmaker, this degree of censure would be marked down as excessive. With Adefisoye, however, it looks about right.

Charisma and eloquence can take anyone very far, but there is a limit to this distance. But ride on the backs of people, and there’s no telling how high you would go—but definitely beyond the sky. This is the wisdom that Adefisoye learned from the wise sages in 2019. Having failed three times in a row (in 2010, 2011/2012, 2015) to become a member of the Ondo State House of Assembly, Adefisoye had to do the needful in 2019 or risk losing again.

He did the needful: he rallied the youth of Ondo, stirred their hearts and ambition, and rode on their strength and influence. And unsurprisingly, Adefisoye emerged victorious. And the youth of Ondo State have reportedly gotten nothing of the happily ever after promised them by Adefisoye. From members of Adefisoye’s constituency, much dissatisfaction has risen. It is reported that he has done nothing for those that brought him prestige other than his Small Alhaji Youth Foundation (SAYDEF) allegedly doing nothing for the youth of Ondo. So, with 2023 a handful of months away, young folks are staring at Hon. Tajudeen Adefisoye, and then at their Voter’s cards, and back at Hon. Adefisoye. And they are not smiling.