The Frontlines By Joseph Ushigiale

There is something about some of our politicians that often set me thinking quite deeply about what exactly their purpose in politics is. For politicians who signed social contracts with their people to serve them dutifully within a specific period, their utterances and actions would leave you wondering whether they are servant leaders or outright slave masters who are more interested in their parochial or selfish interests than that of their people.

As governors. they forget that they are custodians of the sacred trust of the people; therefore, every pronouncement carries some sort of weight with it. While some statements could rekindle hope in their people, some careless talks have the tendency of sending wrong signals and overheat the polity. Some of them play god believing they are actually invincible and infallible and lay false claim to possessing the ability to “do and undo”. Although the 1999 Constitution as amended confers on governors the power to confirm death sentences passed within their respective states, such an order is not by fiat. A person must have committed an offence, tried and convicted by a court of competent jurisdiction before a governor may decide to either ratify or commute the sentence.

One state that has regrettably been populated with these self-aggrandizing politicians who prefer grandiose to substance is Zamfara state where particularly the current governor, Bello Matawalle, and those before him are comics. Matawalle’s recent theatrics over a very serious matter involving the lives of kidnapped schoolgirls under his watch stand him out as a huge joke.

“They are not comfortable with the progress I am getting as a result of my peace initiative and they want to do all they can to sabotage my efforts. I will Insha Allah succeed at the end of the day and they will bury their faces in shame,” he boasted.
At that time, the whole country and indeed international attention was drawn to the plight of the kidnapped school girls. It was therefore a welcome development to hear the Chief Security Officer of the state make such a pronouncement. In essence, it meant that the perennial kidnapping and banditry that are now the bane of the north have found a cure or a clue to a solution.

All was set for the expose of the century and a revelation that would possibly give the law enforcement agents a handle on those behind these criminal acts. But like an anticlimax in a film with high expectations on suspense, Matawalle named the GGSS security guard as one of those who facilitated the abduction of the students. It was unbelievable and many people were disappointed and voiced their indignation to what appears to be a volte-face turnaround by Matawalle.

What may have happened to make the governor change his story? Did he come under pressure from some powerful individuals involved in the heist? On the source of his information, the governor revealed that the students identified the security guard of the school as one of those behind the abduction.

According to him, “The security agents in the state are aware that when we were trying to rescue these children without paying a ransom, other people were behind talking to them that money will be given to them that they shouldn’t release them to the state government.
“The children have mentioned the watchman of the school, that after releasing them, the bandits were telling them that they should greet the watchman for them, they even mentioned his name that he was the one who gave them the go-ahead to come, he was involved. The schoolgirls have said this before the commissioner of police in Zamfara State.” Matawalle disclosed.

However, this account falls short when empirically tested for truth. The governor made this statement while the children were still in captivity and during a sympathy visit by some 17 emirs. Recall that it was after making the statement that the schoolgirls were released that weekend and not before. Even if the abducted children said so, it was well after their release that they had the opportunity to interact and share their experiences with government and law enforcement officials. Was it then an afterthought?

Another joker in Zamfara is Senator Ahmed Yerima. He was governor from 1999 to 2007. In a state endowed with gold and other solid minerals in commercial quantities, rather than exploiting these mineral resources for the benefit of his people, Yerima made a detour choosing rather to adopt the sharia penal system for his people. It’s been almost two decades since Sharia law in Zamfara State was introduced in October 1999. The law, which is an Islamic tradition is derived from the religious precepts of Islam, particularly the Quran and the hadith. The law, however, wasn’t introduced without opposition. Lives were lost as Christians and other religious factions stood against it in protest.

Sharia law has been described by many as a barbaric act as it goes beyond the basic human rights of the victims. The calls for the ban on Sharia law have become increasingly loud. This is because these laws suppress the rights or freedoms of individuals.
Yet, Yerima insists that his introduction of the sharia legal system in the country did a lot of good to the state and several other states that introduced sharia; adding that it created a reorientation and reshaped the state to the point that today, there is nowhere in the state where brothels can be found.

Although the former governor now Senator would acknowledge that it was unfortunate that several people misunderstood the concept of the sharia legal system, believing that it all had to do with the cutting off of hands and punishing people without looking on the bright side. The question then is: does a system that heightens tension, dehumanizes the citizenry, and makes people live in perpetual fear, and deprive them of their freedom a system beneficial to mankind? The answer is no. Yerima failed woefully in Zamfara with his sharia system.

Just like Yerima, former governor Abdulaziz Yari took office with so much promise and great expectations. His fame grew far and wide even beyond the boundaries of his state. His apogee was his emergence as the chairman of the Nigeria Governor Forum (NGF). In a way, he was the go-to man in the politics of his state and nationally. However, in terms of delivering on democracy dividends, Yari fell short on all fronts.

It was under his watch that Zamfara slid into a jungle and Wild West of a sort. At some point in his administration, Yari said he had dropped his responsibility as Chief Security Officer (CSO) of the state, saying he had no control over security machinery in the state. Yari said his decision stemmed from the seeming helplessness of the state government and the people over recurring killings in the state.
Justifying why he was abdicating his core constitutional duty of securing lives and property, Yari said he could not take decisions on strategies for protecting the state and its people and have them implemented.“We have been facing serious security challenges over the years, but in spite of being governor and CSO of the state, I cannot direct security officers on what to do or sanction them when they err. As CSO, the nomenclature in just a name,” he said.

Given Yari’s poor record of achievement while in office, one would have thought Matawalle would come up with a quick fix plan to deal decisively with the situation on the ground. What we are seeing in Zamfara today is far worse than Yari left it because apart from the killings and banditry that used to be the order of the day, under the present administration, the bandits have added kidnapping of school children for ransom, yet the governor is making a huge joke about it accusing a night watchman as the mastermind behind the heist. This must be a joke taken too far.

If he doesn’t know, Matawalle should know that governance is not all about the allure of office, it is a very serious business, and the earlier he understands that the better. It is time for him to roll up his sleeves and work for the security and prosperity of Zamfara people. He should stop the theatrics of playing to the gallery. 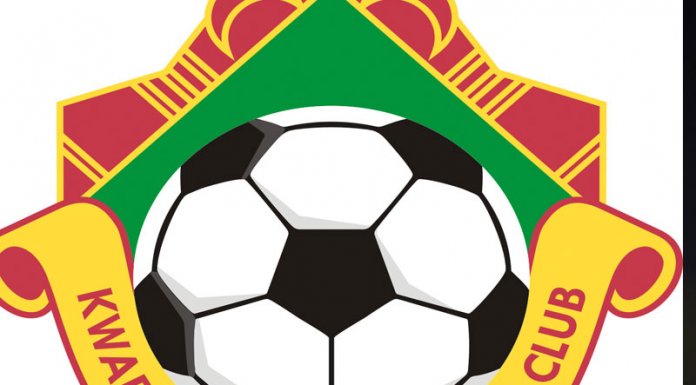