A very innocuous, tiny but huge-in-accusation publication came out in a national newspaper recently Entitled Why Governor Gboyega Oyetola’s Mandate Should Not Be Renewed in 2022, from all intent and purposes, the piece was an attempt to stand logic in its head, reverse information in the Osun State public domain about their government and misinform the populace on the correct situation of things in the State of the Living Spring. The writer’s main aim, it will appear, was to hold the sachet of untruths up as a testimony of his abiding loyalty to the cult of his political benefactors.

He also apparently wanted to fling the write up in the sky, to the delight of the gods of an immediate past era in Osun. This is because it contains tissues of untrue, spurious and illogical claims that make people in Osun, who are aware of the true state of things, to derisively laugh at the piece and its writer. To be sure, the whole write-up smacks of a transfer of aggression of tiny political elements in Osun State who profited from the ills of the past and who feel that a return to an immediate past status quo that nourished, relished propaganda and which profited the indolent, should be the order of the day.

From the word go, the writer did not disguise that he had no respect for facts. He began to assault facts right from the beginning, with his full fusillade. Like someone who meant business and had no time for preambles, the piece went into an 11-point reason why Governor Gboyega Oyetola did not deserve mandate renewal from the people of Osun State.

This particular piece accused the Oyetola government of failure to pay gratuities and salaries of civil servants in the state. The people of Osun State must by now be laughing themselves hoarse at this allegation. This is because they have transited from the ingenuous and apt tag of afusat appended on Oyetola’s predecessor for the government’s rabid obsession with paying half salaries for years of its maladministration. Since he became governor, Oyetola has prided himself as abiding by that biblical injunction that the sweats on the brow of a worker must not dry before his wages are paid him. Not only does the Oyetola government not operate that wicked policy of halving salaries of workers, it has consistently paid the workforce as at when due.

It then extended that same fidelity to the senior citizens of the state who served it with all their might. In fact, it is on record and the details are in the public domain that government has thus far released and paid about N31 Billion as pensions to all categories of pensioners in the state since 2018. Oyetola told the pensioners themselves this much at the presentation of bond certificates to retired public servants in Osogbo about two weeks ago. He also told them that, not minding the harsh economic climate, his government had been consistent in releasing the sum of Five Hundred and Nine Million (N509,000,000.00) on a monthly basis to cater for pensioners under the old pension scheme.

Again, the piece accused the governor and his government of failing to engage the youths of the state through job creation. As a man who believes in looking at the foundation of a critical challenge and not one who would jump at an idea without looking at it in-depth, in the bid to combat the challenge of youth engagement, the first thing Governor Oyetola did was to have an interactive meeting with the Executives of the Osun State Chapter of the National Youth Council of Nigeria, as well as the leadership of the various registered youth organisations in the State. While doing this, he was able to look at the structure of the challenge and how to tackle it in a holistic manner. At that meeting, while listening to the youths, he collated all the matters at issue and immediately went to the drawing board. The second step the governor took was to convene an Inter-ministerial stakeholders meeting on draft and review of the State’s Youth Policy. After the usual critical appraisal of the document, it was eventually ratified by the government. Government then began a mobilization of youths for capacity building exercises which began with the dedication of two percent of the 2021 budget to youth entrepreneurship and skills upgrade. The aim is to focus on ICT, mining, empowerment programmes, trainings and other related areas. This is unprecedented in the history of Osun State. Again unprecedented, government dedicated 18 percent of the 2021 budget to education, apparently trying to comply with the UNESCO recommendation in that regard. It then began the flagging off of business concerns that will provide huge job opportunities for youths. For instance, the Dagbolu International Trade Centre is set to provide massive job opportunities for youths. In the same mould, it had begun to put greater life into the Osun Youth Empowerment Scheme (OYES) inherited from its predecessor.

The criminal upturn of Osun State educational system before Oyetola became governor is in the public domain. This turned the state into an object of ridicule in the comity of states. However, upon being elected, the Oyetola government reversed the dross and rot, from school naming to even the integrity and dignity of education in the state. Since he became governor, the usual religious upheavals among faiths in the state have gone and schools can say with all emphasis at their disposal, that they have regained their sanity, regards and due placement in society. For example, government approved the reversal of the single school uniform, ‘reclassification’ of the public school system, as well as the single-sex schools system of his predecessor introduced in 2013. A wicked and illogical system which had a male student parading the certificate of a girls school immediately became past tense. Oyetola has received kudos across board, including from alumni associations of those schools, for this decision.

Oyetola is not a governor who will go on a junket and embark on elephantine projects that have no bearing on the needs of the people. He however believes that infrastructure is a major index of economic retooling. This he demonstrated in his commitment to infrastructural development which is hinged on opening of hinterlands for development. In pursuit of this, his administration has constructed over 87.35km of roads across the state within one and half years of his administration and has awarded another 18.35km road construction projects. The 17.5km Oba Adesoji-Aderemi Way (East-Byepass) has reached 80 percent, Gbongan-Akoda which is 30km, is 34 percent completed while Osogbo-Ikirun-IlaOdo Kwara boundary, which is 40km, is 55percent completed. Recently, Oyetola commissioned the 20km Ejigbo-Ara-Ojo-Ede (Ara Junction) road, and also flagged off the reconstruction of the 3.8km Ejigbo township roads and in Ede, he commissioned the newly reconstructed Ede Oke Gada to Barracks Junction and Barracks Junction to Ara Junction roads. The roads are done with abiding resolve to deliver quality and equitable infrastructure to the people from the transformation.

What the writer called a “last-minute move to embark on self-serving projects like the Ola Iya flyover” has received widespread commendations from the people. As said earlier, Oyetola does not possess the Janjaweed mentality that the writer found excitable and which was the hallmark of his sponsors while they were in government. He took the decision to construct that flyover after thoughtful reviews of several studies and submissions about its desirability. He often says that he is on oath to benefit the people of Osun State and anything outside of it is a curse.

Placed side-by-siide the scores of the writer’s sponsors while in power, Oyetola’s two years have benefitted a wide spectrum of the people of Osun State, as against nameless imported mercenaries and beneficiaries who reaped the benefits of government in the last administration. Oyetola is the manifestation and coming to reality of a people’s prayers in their leadership. He is everything but obsessed with eerie ideology of power, nor is he consumed by hatred and a violent spirit of governance. He is a man who is hungry to be treated kindly by history and takes every step, every action, every policy with an eye on posterity. He does not have an eye on building empires of deceit, self and grandstanding and believes that the people are his judge while he is in the box of power.

It is apparent that the writer and those who spurred him on to go on this junket of lies assumed that the reading public was daft and is unmindful of goings-on in their immediate environment. They are apparently not aware that the tide has turned from the surfeit of propaganda and untruths that were served the public in the name of governance while their aberration subsisted. When it is time for the people to take their decision on Gboyega Oyetola’s stewardship, they will use the indices of how phenomenal the governor has touched their environment in giving that judgment with their votes. They will juxtapose what was in Osun State for eight barren years and what is now. They will queue behind the man who providence brought to Osun at this time, ostensibly to reverse the rot, the drought and the impunity served the good people of Osun for a little less than a decade, in the name of governance. 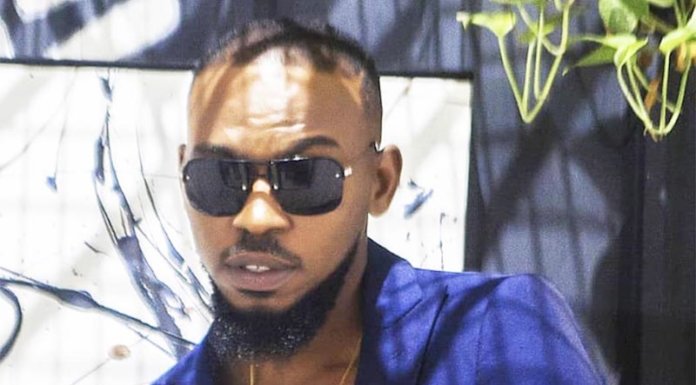