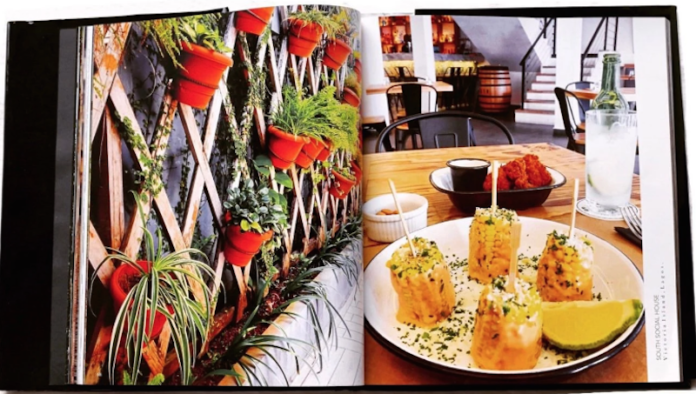 The petite-looking Deinte Dan-Princewill stepped out in her shimmering
sequined-dress as she received distinguished Nigerians who converged on the
Victoria Island venue of her book launch recently in Lagos. The Coffee Table
book titled, “The Beauty of Lagos.”

In the book, she chronicles the unseen and overlooked beauty of
Lagos, Africa’s most populous city, documenting its positive attraction sites.
The young architect and design consultant described “The Beauty of Lagos” as a
visual and verbal documentation of the beautiful sites of the state;
highlighting all the adorable places and faces.

“I decided to start the beauty of Lagos because I felt there was a gap in what was being shown in the media. I think it is important to show very positive serene, aspects of Lagos that we don’t typically see,’’ she revealed.

Eventually, it took her three years to complete the book. Equipped with the high-resolution
cameras, it was difficult to take pictures in certain areas of Lagos without
obstacles from street urchins.

Still, she focused on the positive sides of the aquatic city. In her view, the
coffee table book has a strong potential in appealing to Nigerians in diaspora
who return home for vacations, expatriates and other international visitors.
The graduate of Cornell University, USA recalled how she had started this adventurous
journey as a visual storyteller.

When Deinte decided to move to Lagos, she ventured into
adventures that daily challenges would not let many Lagosians explore. And
because she studied photography, she found ways to document these in her book.

“What we see in the media always is not the most accurate
version. I feel like we just get this side that is overly a bit on the negative
side. That informed my book – showing the positive sides, be more intentional.’’

The State Commissioner for Tourism, Art and Culture, Uzamat Akinbile-Yusuf while commending the writer said she believed the government of Lagos would support her subsequent projects and programmes.

The Chairman of the occasion, Dr. Yemi Cardoso acknowledge the effort of women in setting the pace.

According to him, it was no longer a ratio of two men to one
woman especially with respect to the planning. “It is because you rightly took
the bull by the horn and did the right thing,” he said.

With this role played by Deinte, Cardoso appealed to the youth
to follow suit; urging them not to wait for anybody to invite them. “It is your
show. Take it over and be part of it.”

Describing the publication by a youth as a classic example of
the youth taking the bull by the horn, the chairman said this means the youth
are showing what they are really made of.