Minister of State for Petroleum Resources, Chief Timipre Sylva, told State House reporters in Abuja after the Federal Executive Council (FEC) meeting that President Muhammadu Buhari had approved the $1.5 billion for the rehabilitation of the refinery, which will be done in three phases of 18, 24 and 44 months.

The FEC also approved N3.07 billion for the procurement of laboratory equipment for the Nigeria Centre for Disease Control (NCDC) centres nationwide as well as the increase in the cost of the repair of the Enugu-Onitsha highway to N8.649 billion.

Sylva said the contract for the rehabilitation of the refinery was awarded to an Italian company, Tecnimont spa, which is an expert in refinery maintenance, while the funding will be sourced from the Nigerian National Petroleum Corporation (NNPC), Internally Generated Revenue (IGR), budgetary allocations provisions and Afreximbank.

He added that local content would be fully involved in the final execution of the project.

On the contentious issue of operations and maintenance of the refineries, the minister said: “That has been a big problem for our refineries, as we all know; that was also exhaustively discussed in the council and the agreement is that we are going to put a professional operations and maintenance company to manage the refinery when it has been rehabilitated.

“In any case, it is actually one of the conditions presented by the lenders because the lenders say they can only give us the money if we have a professional operation and maintenance company and that already is embedded in our discussions with the lenders and we cannot go back on that.”

On the rehabilitation of the three other refineries in Kaduna and Warri, the minister said: “Discussions are ongoing. We want to take one at a time and I want to assure you that before the lifetime of this administration expires, work on all the refineries would have at least commenced.”

On why the government did not go back to the original builders of the refinery, he said: “The first action was to go to the original refinery builders, but you all know, like I do, that if you have a Toyota car, and your Toyota car develops a problem, you don’t have to go to the builders of the Toyota to fix it. Usually, there are people in the business of building Toyota cars. There are also people in the business of maintaining Toyota cars.

Sylva added that funds for the rehabilitation of the refinery are available and there are various components to the funding.

According to him, there is funding from NNPC, internally generated revenue, funding from the budget and debt funding.

“For the lenders, we are dealing with AFREXIM Bank and they are very committed to us, we have actually concluded discussions with AFREXIM,” he added.

He stated that the federal government would ensure that the rehabilitation of the refinery complies with the local content law.

“The Nigerian Content Development and Monitoring Board (NCDMB) is fully part of the contracting process and has safeguarded the interest, adequately of our local contractors, so our local people will be fully involved with the Tecnimont spa,” he said.

He, however, dismissed insinuations that the rehabilitation of the refinery was due to labour unions’ demand that the deregulation of petroleum price should come after refineries’ rehabilitation.

He said: “First, I am not aware of any such agreement that deregulation should only take place after the refineries have been fixed; that was at no time part of our agreement. But of course, this government, from the very beginning, has been in the process of fixing and rehabilitating this refinery. So, it is not because of our discussion with labour, but it is actually the desire of the administration to ensure that our refineries work and that is the process that has borne fruit today.”

On his part, Health Minister, Dr Osagie Ehanire told journalists that FEC approved N3.070 billion for six contracts for the purchase of various laboratory equipment by the NCDC.

He said: “The Ministry of Health presented a memo on behalf of the NCDC public health laboratory specialist and for the centre for disease control. It is for six contracts for laboratory equipment and to the total worth of N3,070,892,988 for various equipment and supply to strengthen the work of NCDC in various parts of the country, to be more ready for the work they do in diagnostics preparedness, not only for COVID-19 but for any other disease outbreak of public interest in the future.”

According to him, the 22-kilometre section of the 100-kilometre road is being handled by Niger Construction in order to expedite work on the project.

He said: “Variation was to cater for the change of the pavement surface, the binder course and the wearing course to crease thickness and also to utilise modified bitumen and also to strengthen the shoulders and some bridge works. Council approved the variation of N8.649 billion in favour of Niger Construction.”

Minister of State for Budget and National Planning, Mr. Clement Agba, also said the council approved a memo for the review of the National Integrated Infrastructure Master Plan 2020 to 2043.

“The maiden Master Plan was from 2014 to 2043 and embedded in it as a living document is that it ought to be reviewed every five years. There are about seven asset classes that are contained in the master plan. This is in the areas of transportation, energy, ICT, agriculture, water and mining, social infrastructure, housing and regional development, security and vital registration.

“The maiden edition didn’t have the macroeconomic framework embedded in it but with the reviewed update that has been approved today by the council, it includes macro-economic framework. It also allows for the establishment of the National Council on Infrastructure under the chairmanship of the vice president to provide policy direction and infrastructure-related materials,” he said. 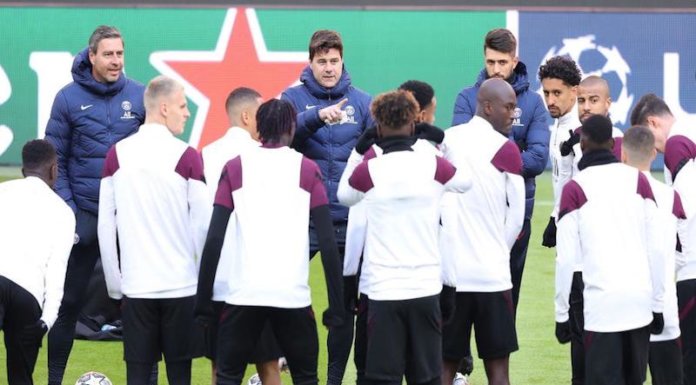