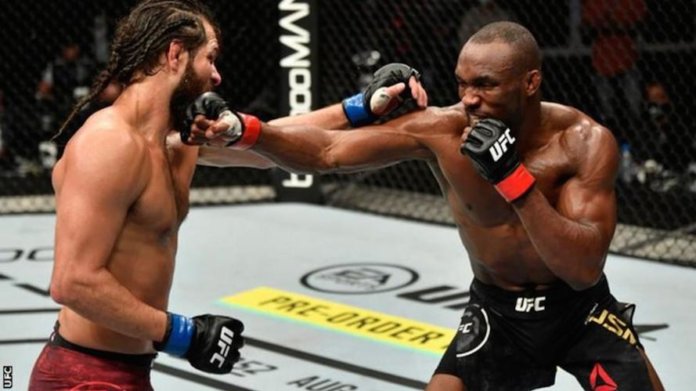 The UFC is set to host its first full-capacity event in 13 months, its President Dana White announced yesterday.

UFC 261 has been scheduled for 24 April in Jacksonville, Florida.

The UFC would become the first American sports organisation to host a full crowd since the start of the coronavirus pandemic.

The event will be staged at the VyStar Veterans Memorial Arena, which holds 15,000 people.

The first match-up between Usman and Masvidal was one of the biggest fights of 2020 as the UFC staged events behind closed doors on Abu Dhabi’s Yas Island, which was dubbed Fight Island.

Usman claimed a unanimous decision win over Masvidallast July before making a third defence of his title against Gilbert Burns last month.

Britain’s Leon Edwards hoped to secure a title shot against Usmanbefore his fight with Belal Muhammad last weekend was declared a no contestfollowing an accidental eye poke.