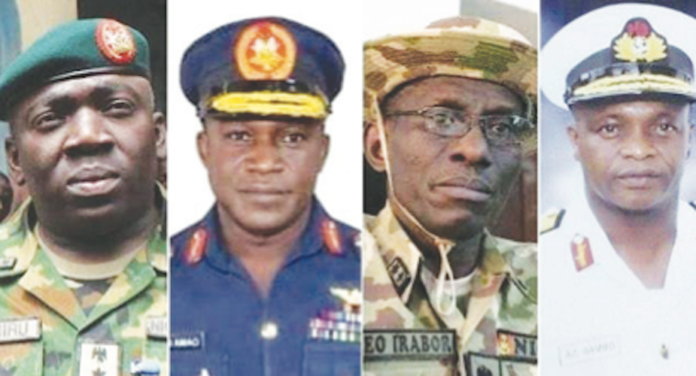 Not a few people have complained about what had become the silence of Mr. President for a long time, especially over issues where his voice should have been heard loudly.

Over a long period of time, in matters of national concern, people of all categories have repeatedly called on Mr. President to speak; most of the time, he did not oblige the call. At a point, his handlers argued that Mr. President is entitled to his style, which left many people wondering whether what we have in Nigeria is a constitutional democracy, founded on the principle of accountability of public office holders to members of the public. Even the way the invitation of the President to address the House of Representatives on the security situation, which was once accepted, was shortly thereafter turned down, left more questions, than answers in the mind of many.

To close observers of the media policy of the Buhari Regime, it seems like centuries ago that Mr. President had a media chat. This graveyard silence that goes beyond taciturnity, give some credence to the speculation as to whether our President is alive or not.

It is as if Mr. President felt compelled to speak out, when the security situation had clearly gotten out of hand, especially following the repeated nature of mass abduction of school children in different parts of the country. But, what the Nation heard was a reported speech, through Mallam Garba Shehu, the President’s Senior Special Adviser on Media, that Mr. President had ordered that any person found with AK-47 Rifle in the forests, should be shot on sight.

Trust the ever boisterous Nigeria Media; many queries immediately surfaced; did the President actually say so, did he mean shoot to kill or shoot to maim and disable? Did he actually mean that a holder of an AK-47 wherever found should be shot dead? Must the holder of the AK47 Rifle be alone, or more than one?

How do we distinguish Policemen who adorn torn Jeans and T-shirts while flaunting their AK-47 in the nooks and crannies of Nigeria’s inner cities and on high-ways, or is the order intended only for those who wear turban? Is the order limited to AK-47? What about AK-49 and deadlier machine guns we have seen menacingly flaunted, on numerous video clips on the internet? Finally, to whom is the President’s order directed? Only Soldiers, which includes the Army, Navy and the Airforce, or the Police? What about Customs, and the Nigeria Security and Civil Defence Corps?

As if to clear all doubts, as to the source of the directive, on Thursday 11 March, 2021 the Presidency released a 12 second video clip, where President Buhari at a meeting with the National Council of Traditional Rulers held at the State House, Abuja, personally reinforced the directive, that anyone carrying an AK-47 Rifle illegally, should be shot, because according to him: “AK-47 is supposed to be registered, and only given to security officials”. The Ooni of Ife and the Sultan of Sokoto, were in attendance. Hurrah!!! was the expected response from the Nigerian People; our President has indeed, woken up and risen to the occasion.

The essence of this write up, is to cursorily contribute to the examination of whether or not there is a legal justification for the President’s Shoot on Sight Order.

The first point of call has to be the Constitution of the Federal Republic of Nigeria 1999 (as amended), which in Section 33, protects the right to life. Section 33(2) provides that a person shall not be regarded as having been deprived of his right to life, if he dies as a result of the use of such force as is reasonably necessary for the defence of any person from unlawful violence or for the defence of property. Additionally, force that could lead to death has been justified to effect a lawful arrest, or to prevent the escape of a person from lawful custody; and finally, use of such force is also permissible under the Constitution for the purpose of suppressing a riot, insurrection or mutiny. This section of the Constitution has been criticised for not being in conformity with international standards, especially where it allows for the taking of life in defence of property. The exceptions created under Section 33 of the Constitution, it is argued, appear to trivialise the sanctity of life, whereby defence of property under circumstances where no threat is posed to the life of another, appears to be justified.

Section 73 of the Criminal Code applies in matters of dispersal of unlawful assemblies. Under the section, any Police Officer may use such force as is reasonably necessary, for dispersing or overcoming resistance to dispersal. But, there are pre-conditions contained in the law, which require that there must have been a proclamation made for dispersal and the expiration of a reasonable period, and the number of those assembled must be 12 or more persons, and there must have been resistance to being dispersed by those continuing in the assembly.

It seems clear that the Shoot on Sight Order given by Mr. President, has no bearing with Section 73 of the Criminal Code.

Police Force Order No. 237 is the rule that guides the use of fire-arms by the Police, and stipulates the circumstances under which a Police Officer may use fire-arms.

This Order has been criticised as being extremely permissive, and falls short of international standards; it has been argued that the section takes a cue from Section 33 of the Constitution, as well as the relevant provisions of the Criminal Code.

This was the reason why in October, 2019, the Inspector General of the Nigeria Police Force, Muhammed Adamu, is reported to have Revised Force Order 237 in a manner he said was designed to ensure the protection of fundamental human right in matters of policing.

The New Order still permits the use of fire arms or lethal force where a Police Officer is attacked, or there is an imminent threat of his being killed or seriously injured, and no other means are available to eliminate the danger of saving his or her life. The burden of proving this is placed on the Police Officer, it being opined that under these circumstances, it becomes difficult to justify the use of fire-arms, even if the Policeman is attacked by an unarmed person. Similarly, a Policeman is justified in the use of lethal force, where he or she believes that such force is necessary and proportional in defending a person who has been attacked, and he or she believes that the person cannot otherwise be protected from imminent death or serious injuries, and of course lethal force can still be used to disperse violent assemblies only when there is an imminent threat of death and serious injury, and less extreme measures are insufficient under the circumstances.

Again, there is no doubt that the shoot at sight order proclaimed by Mr. President, did not take into consideration the Revised Force Order 237 on the use of firearms and lethal force by the Police.

It should be recalled that in February, 2019, just before the General Elections in Nigeria, President Buhari issued the same Shoot to Kill Order directed to the Military against anyone caught in the act of stealing Ballot Boxes. It is as if the Nigerian Civil Society at that time did not take up the President, for the danger that order posed to the right to life of the Nigeria People, vis-à-vis the penalties stipulated in law for electoral malpractices.

It should also be remembered that in 2019, Concluding Observations in Nigeria, the Human Rights Committee of the United Nations, expressed concerns about allegations of the excessive use of force against demonstrators who were part of non-violent gatherings. Cases in point included, the killings of hundreds of the members and supporters of the Biafra course during Operation Python Dance between August and November, 2016; as well as the killing of hundreds of supporters of the Shiite Islamic Movement of Nigeria for blocking the passage of a military convoy in December, 2016. In the case of the Shiites, some investigation was said to have been carried out, but the outcome of the investigation remains shrouded in secrecy, and no person or authority is known to have been punished as a perpetrator. The point UN Special Rapporteurs on extra judicial, summary and arbitrary executions in Nigeria, have repeatedly expressed concerns about how deeply flawed Nigerian rules and practices are, which provide the opportunity for law enforcement agents to shoot and kill at will. After all, the Police Force in Nigeria used to be known in local parlance as “kill and go”.

The point to be made is that, there is in existence Basic Principles on the Use of Force and Fire Arms by Law Enforcement Officers, which emphasises proportionality, and mandates that the use of lethal force should be as an absolute last resort, and only when strictly unavoidable, in order to protect life.

Placed by the above standards, President Buhari’s Shoot on Sight Order, clearly has no basis in the law. The famous dictum is that, even in times of war, the law is not silent, as there are laws of wars.

No doubt, the security situation Nigeria is contending with at this time is grave, but the rational handling of the situation calls for circumspection and not knee-jerk reactions.

One would not want to believe that Mr President in making his order, is playing to the gallery of public expectations. No matter the gravity of the situation, the law is that a citizen is presumed innocent until proven guilty by a court of law, and can only be punished and stipulated in law. All members of the society are exposed to danger, in a situation where Mr President by casual order confers powers of life and death to a policeman or soldier, who accuses, judges and executes punishment, in spite of the standard set in the law. After all Mr. President has not declared a state of emergency under Section 305 of the Constitution; were Mr. President to have done so, a formal proclamation will be necessary and the stipulations and preconditions outlined in the Constitution will be complied with; the duration will be as spelt out in the law, and the National Assembly would have played its role in the process.

Shoot at sight orders pose a danger to us all, and Mr President should have a rethink, even while combating the insecurity challenge frontally.