In Nigeria, it is one thing to approve budgetary allocations for the various ministries, departments and agencies, yet it is another thing for such allocations to be released in full. With the Nigeria Centre for Disease Control allotted an otherwise small amount for the entire 2021 despite the enormous work before it, including the management of COVID-19, Lassa Fever and the looming resurgence of Ebola Virus Disease in nearby African countries, Martins Ifijeh writes that there is need for the proposed allocation to be released in full and as at when due

Last year, not many ministries and agencies of the Nigerian government got up to 50 per cent of their budgetary allocations at the end of the year. For some, the most they got was 30 per cent for the entire year, while some lucky few got up to 60 per cent, which on the surface value means these government bodies were presumed to only meet 30 to 60 per cent capacity of what was expected of them for 2020. In general, indications even showed that only about 54 per cent of the national budget of N10.59 trillion was released for the entire year by the government, which represents just a little below N6 trillion for 2020.

While many may argue that the poor release of funds by the government in 2020 was due to COVID-19 lockdown and the inactivity caused by restrictions and the stay-at-home order of the federal and state governments, indications show that since the return to democracy in 1999, the pattern has been the same; a habit that has affected the nation negatively in no small measure leading to an almost predictable outcome whereby some sectors of government only end up spending their meager released allocation on powering generators and running impresses as against the type of engagements and developments expected of them when the proposed budgetary allocation was made.

For the Nigeria Centre for Disease Control (NCDC), which in recent times has become one of the most important agencies of government considering its role in addressing the present COVID-19 pandemic and securing national health for the over 200 million inhabitants in the country, experts believed it is a no brainer that every budgeted allocation to the agency in 2021 is released as at when due and in full; as this would represent a consolation that despite the allocation not being the ideal budget for a country’s centre for disease control, the little allotted funds get to the agency and is utilised as designed.

To be clear, this year, the federal government approved N1.4 billion as the capital budget for NCDC, representing a significant increase from last year’s budget of N700 million. But despite the increase, it is believed the amount will be insufficient to run the generators in one of the centre’s laboratories let alone running the entire agency for a full year.

Sharing his thoughts on the need for full release of all budgeted allocations for disease prevention and management this year, an epidemiologist and public health analyst, Dr. Rufus Ogbejiele is of the opinion that no matter what the government does this year, it must not starve the organisation in charge of national health security of its allotted funds, stressing that a little strain in funding could spell doom for the nation.

Ogbejiele told THISDAY in an interview that, although it was commendable that the federal government increased the agency’s budgetary allocation by almost 100 per cent, the present budget was too small for the agency; hence the need to, at the least, ensures that it is released and utilised to the fullest.

He said: “We live in a country where many governors and their legislative houses are still at a loss to why they should fund disease prevention and control. They don’t see the need to fund a project that appears abstract. It is not a road or bridge project, so they still find it difficult to invest in what they presume isn’t an infrastructural development they can point to as an achievement when they leave office. This is one reason the federal government must ensure the little it has budgeted is released and as at when due, because only few states like Lagos, Kaduna, Edo, Rivers, among others would cushion federal government’s efforts in preventing and managing disease outbreaks.

“You can see what is happening in Kogi State where the governor has continued to play down on the presence of COVID-19 in his state. Such a governor will not fund COVID-19 prevention and management because he does not believe the disease exists. There are many other governors like him, but for fear of being criticised they have refused to publicly tow the path of Kogi governor, Yahaya Bello. And unfortunately, if anything goes wrong in these states, it will be counted as a minus for NCDC because their mandate cuts across all states. States should support efforts of federal agencies working against the tide to make the country’s health secure.”

He called on state governments to set aside certain amounts for disease prevention and control, noting that if epidemic hits states, it would in turn affect their economy, as well as smooth running of the states.

Recall that last year, the federal government budgeted a meager N1, 673, 486, 127 for the nation’s health security; an amount it magically hoped was enough for epidemic preparedness, detection and response to infectious disease outbreaks and public health emergencies for the entire population, and across the 36 states of the federation, including the Federal Capital Centre (FCT). Save for the emergency funding released by the government and support from various bodies, especially the Coalition Against COVID-19 (CACOVID) for tackling COVID-19, the country would have been overwhelmed when the pandemic hit it.

Per adventure the entire money was released in 2020, it would mean the Nigerian government spent eight naira per person last year, which amounts to 66 kobo per month, an unrealistic amount it magically hoped would have prevented Nigerians from contracting or dying from the myriads of epidemics currently being battled or lurking around the corner.

Meanwhile, NCDC’s counterpart in the United States, the Centre for Disease Control (CDC) last year spent $6.594 billion on epidemic preparedness, which is about N2.34 trillion, an amount that exceeds Nigeria’s entire Federal Ministry of Health allocation for five years.

This means, if the CDC budget was spread across the population, the centre must have spent at least 20 dollars (N7, 200) on epidemic preparedness for every American resident, while Nigeria, a country which prides itself as the giant of Africa and the economic hub of the black continent, spent eight naira on same disease prevention and management in a full year per citizen.

All enquiries made to the Director General of the NCDC, Dr. Chikwe Ihekweazu to ascertain how much of the allotted amount got to the agency last year proved abortive as he did not respond to the request made by THISDAY to him.

In a previous interview, Chikwe had said that although the 2021 allocation to the agency was a sharp increase from previous years, the agency was still running against the tide.

He said: “The NCDC’s budget was increased from a very low base. Our budget (capital) last year was N700 million; it was increased to over N1.4 billion but even with that, we are still not able to run the generators in one of our labs sufficiently. We need sustainable investment for Nigeria’s health security. We are in an existential crisis in terms of funding. The only reason we are able to do this work is that we get a lot of support from partners and sometimes extra budgetary funding when there is a crisis such as this COVID-19 pandemic. But this is not sustainable; we really need to invest more in health security. There is no other way around it,” he said.

Just as Nigeria’s president, Muhammadu Buhari had recently said this year he was going to take the country’s security as a priority, his government should also know that national health security is a core part of national security. It should be given the same priority too. 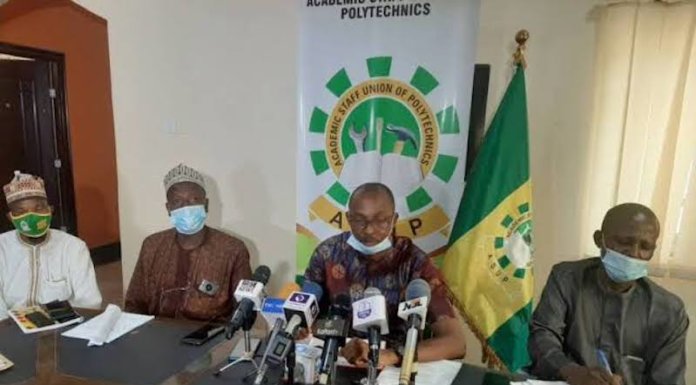