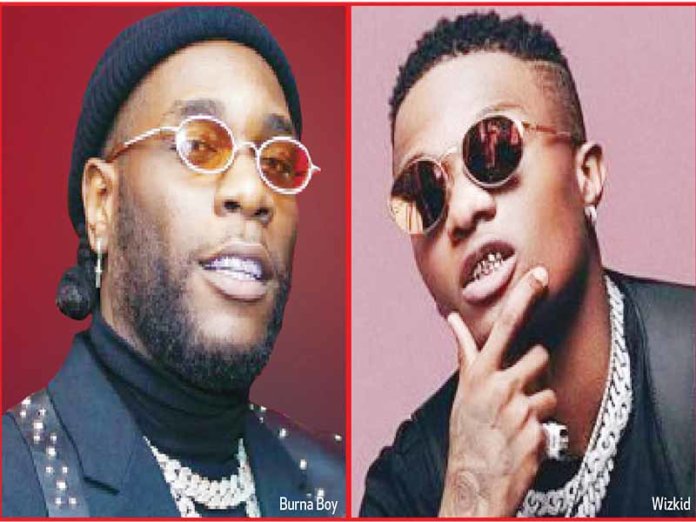 It was a big day for Afrobeats last night as history was made at the 63rd Grammy Awards with Burna Boy, the self-proclaimed African Giant, took home the award for the Best Global Music Album.

Also on the spotlight was Wizkid, whose duet with American singer and songwriter Beyoncé and her daughter Blue Ivy, ‘Brown Skin Girl,’ took home the award for Best Music Video.

It is the second consecutive time the afro-fusion artiste is nominated in the category that celebrates influential music from around the globe.

The category was formerly known as Best World Music Album and has been mostly dominated by Brazilians. African singers who have won in this category include Beninese Angelique Kidjo, South African Ladysmith Black Mambazo and Soweto Gospel Choir.

Burna Boy is the first Nigerian to win in this category. He edged out contenders Antibalas, an American Afrobeat band that is modelled after Fela Anikulapo-Kuti’s Africa 70 band; Brazilian-American singer Bebel Gilberto; British-Indian sitar player and composer Anoushka Shankar; and the Malian band, Tinariwen.

Burna who performed at the premiere ceremony entertained audiences with a powerful medley of his songs, starting with the chorus of “20:10: 20” to “Level Up’ to ‘Onyeka’ and ‘Ye’, complemented by his band ‘The Outsiders’.

Hosted virtually and physically with a limited audience, this year’s award recognises best recordings, compositions and artistes of the eligibility year.

The Recording Academy often pilloried for sidelining black artistes made some changes last year to make the show more inclusive. One of such is the change of the Best World Music Album to Global Music Album.

This year’s show was also hosted by an African: Trevor Noah, host of ‘The Daily Show’.

Record of the Year

Album of the Year

Song of the Year

Song of the Year

“Rain on Me,” Lady Gaga with Ariana Grande

“The New Abnormal,” The Strokes

“Anything For You,” Ledisi

“It Is What It Is,” Thundercat

“When My Amy Prays,” Vince Gill

“Gospel According to PJ,” PJ Morton

“I Remember Everything,” John Prine

“World on the Ground,” Sarah Jarosz

“Have You Lost Your Mind Yet?,” Fantastic Negrito

“All the Good Times,” Gillian Welch and David Rawlings

“Got to Be Tough,” Toots and the Maytals

“All the Ladies,” Joanie Leeds

Best Arrangement, Instrumental or A Cappella

Producer of the Year, Non-Classical

Producer of the Year, Classical