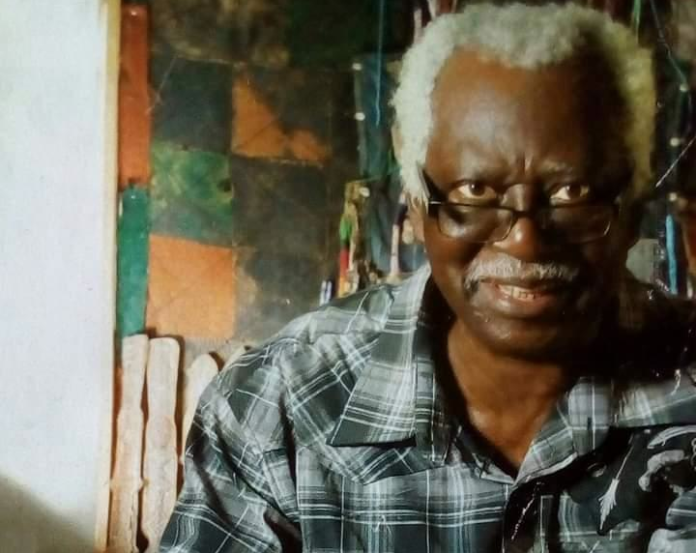 An ongoing exhibition of the works of the octogenarian artist Bruce Onobrakpeya at Art 21 Gallery only scratches the surface of what he truly represents in the contemporary art scene, Okechukwu Uwaezuoke says

EXHIBITION
No, Façade – Bruce Onobrakpeya’s ongoing exhibition at Art 21 Gallery (at Eko Hotel and Suites in Victoria Island, Lagos)– is not just all about challenging aesthetic canons. Hasn’t that always been the theme song of the 88-year-old’s studio practice? Weaned on the “Natural Synthesis” principle of the Zaria Art Society – a group which he founded with his colleagues at the Nigerian College of Arts, Science and Technology (NCAST) on Friday, October 9, 1959 – the artist’s works have always been known to appropriate local themes and motifs. This is besides their spanning across both conventional and unconventional artistic media.

So, why the needless rehash of this obvious fact in the exhibition’s curatorial note? As for Façade, which ends on Tuesday, April 6, the artist had – in an interview shortly before his 88th birthday on Sunday, August 30 last year – hinted that it was part of the “resonances” of the 60th anniversary since he held his first-ever exhibition.
And talking about that exhibition, held sometime in 1959, it had traipsed through such mediums of artistic expression as printmaking, painting, drawings, engravings and sculpture, among several others. Then, he was just a second-year student of the Zaria-based NCAST and was in the agrarian town of Ughelli, now in the present-day Delta State, for a vacation job. According to him, that endeavour was motivated by the fact that his Zaria Art Society associates – Uche Okeke, Demas Nwoko and Yusuff Grillo – had already had exposure to art shows.

Onobrakpeya, as a member of the now-defunct Zaria Art Society – defunct because it was officially disbanded on Friday, June 16, 1961 – envisioned the kind of synthesis, that would unearth traditional aesthetic values from their various ethnic backgrounds and giving them a new life on the pedestal of national significance. For the contemporary Nigerian art scene, therefore, the “Natural Synthesis” philosophy, which was by no means an invention of the society, became a rallying call. It is indeed to this philosophy that contemporary Nigerian art owes much of its defining aesthetic credos.

With its precepts that favours the domestication of art practice, the philosophy, which was articulated by the society’s then-president Uche Okeke, chimed in so well with the country’s early post-independence years.
Onobrakpeya, alongside the society’s other six core members, had mainly deliberated on the nature of Nigerian art. They had wondered if it was right for them, as Nigerian artists, to discard their rich traditional heritage in favour of the kind of art they were exposed to at the institution. Somehow, they had to emboss the imprints of their Nigerian identities on their works.

Back to the activities marking the 60th anniversary of his presence in the exhibition circuit. They consist of a series of exhibitions and kindred art events, which had been lined up since 2019 to spread over three years. So far, there had been a show at the Freedom Park along Broad Street in Lagos Island and another at the Wheatbaker Hotel in the upmarket Ikoyi neighbourhood of Lagos. There was also a special retrospective of the works of the Zaria Art Society artists in Victoria Island organised by Arthouse Contemporary Limited as well as an exhibition featuring an aspect of his art practice in the Delta State town of Agbarha-Otor early last year as part of the annual Harmattan Workshop.

Curiously, Façade, the latest of these commemorative offerings, positions itself as an exhibition of paintings even when it also features a sizeable number of sculptures and installations. This is premised on the artist’s definition of painting as “simply the use of colours”. Because the African had traditionally been known to paint on any available surface – 2D or 3D – the viewer finds himself unexpectedly coshed on the head by a novel definition of what he hitherto assumed to be a familiar term. This is despite the curator’s forewarning to the effect that “the exhibition delivers a sharp contrast to the viewer’s expectation of what the technique entails, intrinsically conveying the artist’s limitless and eclectic capacity for storytelling.”

Meanwhile, the fact that Façade features works that beam the spotlight on a selection of periods in Onobrakpeya’s studio practice should not be seen as a unique selling point. For previous exhibitions on the works of this artist have done the same thing. “Some of the subject matters explored are peculiar to the messages treated by the artist,” writes the curator Kennii Ekundayo, who also discloses that these “range from social commentary as seen in the statement piece, Ibiero Djidara (2010/2020) that decries the violence against women as witnessed globally today and how they have become victims of barbaric acts such as femicide, rape, trafficking and other forms of dehumanisation; to works like Ekugbe (1994/2019), Smoke from a Broken Pipe (2005), Ekuoregbe (2003) and Travail of the Continent Masquerades III (2005) that address the political state of the country and continent.”

Really, it’s not hard for any aficionado to figure out why the octogenarian opted for the phase-by-phase exhibitions of his works. Galleries or museums would have been overwhelmed by their sheer number and sizes. “No matter how big the gallery may be, it’s going to be difficult to show the works all at once,” the artist, who bagged the UNESCO recognition as a Living Human Treasure in 2006 and the Federal Government of Nigeria’s prestigious Nigerian Creativity Award on September 14, 2010, said in a previous interview.

Perhaps, were it not for the intrusion of the COVID-19 pandemic, the Lagos art public would have been regaled with another Onobrakpeya’s serialised show. But then, the logistics of putting together such shows – as even Art 21 Gallery can attest – could be quite a daunting task. Of course, the job is not made easier by the fact that, even in his advanced years, the artist has continued to produce works at the slightest whim. During the last year’s government-imposed lockdown to combat the pandemic, he produced a mixed-media assemblage, consisting mainly of plastic and metal, which he titled “Thorax of Antedulivian Insect (Orere)”.

To the credit of this resourceful artist, who holds an honorary Doctor of Arts degree from the Delta State University as well as an honorary D. Litt from the University of Ibadan, the local art scene is annually reinvigorated through his annual Harmattan Workshops. This takes place in Agbarha-Otor, which since 1998 has been hosting artists and scholars from not only within Nigeria but also from outside.

Unarguably numbered among Africa’s most documented artists, Onobrakpeya has also asserted his presence on the global stage through his participation in several exhibitions and the number of his works in both public and private collections within and outside the country as well as his book illustrations. He had also been featured in several documentary films, among which are: Kindred Spirits: Contemporary Nigerian Artists by Smithsonian World, Washington, D.C. USA; The Magic of Nigeria, produced by Delka/Polystar and directed by Ola Balogun, Lagos, Nigeria; Recalling the Future Art by Joanna Grabski, produced and directed by Claudine Pommier with the executive producer Cheikh Tidiane N’diaye/Arts in Action Society (Vancouver, Canada), The Harmattan Workshop Experience: The Journey So Far, on 10 years of the Agbarha-Otor Harmattan workshop experience, produced and directed by Onobrakpeya, 2009; RedHot, produced by Communication for Change, directed by Sandra Obiago, June 2011, Lagos as well as two documentaries by the Lagos-based Back Page Productions.

Therefore, exhibitions like Façade, which only scratch the surface of what the artist truly represents in the local contemporary art scene, should only be seen as glimpses of his resourcefulness. 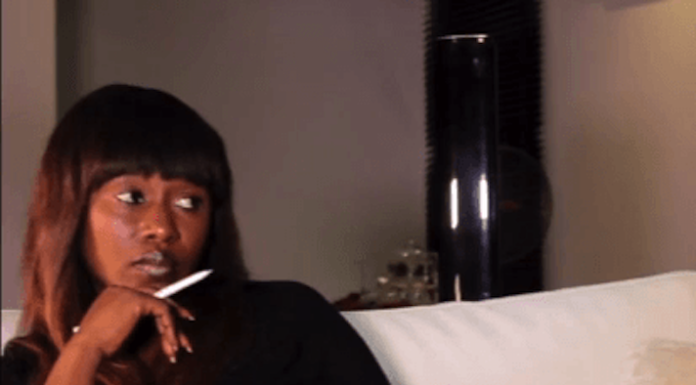