As the Federal Government gears up to receive from the United Kingdom, the £4.2 million forfeited by a former governor of Delta State, Chief James Ibori, the House of Representatives has faulted the decision to spend it on the completion of the Second Niger Bridge, Abuja-Kano Expressway and the Lagos-Ibadan Expressway, because the money belongs to Delta State.

The House had at the plenary on March 10, declared that the money belongs to Delta State, urging the Federal Ministry of Finance to stop further appropriation or disbursement, pending the final determination of the matter by the lawmakers.

The Green chamber requested the Federal Ministry of Finance and Attorney General of the Federation to furnish it with all particulars relating to the recovered money. It also directed the House Committees on Finance, Justice, Loans and Recovered Funds to investigate the matter and revert to the House within two weeks.

The resolutions were sequel to the adoption of a motion of urgent national importance, sponsored by the House Minority Leader, Hon. Ndudi Elumelu and nine other lawmakers from Delta State.

Moving the motion, Elumelu noted that the sum of 4.2 million pounds being proceeds of looted funds recovered from a former Governor of Delta State — Chief James Ibori is being transferred to the coffers of the Federal Government of Nigeria for appropriation without recourse to the Delta State and or parliament in two weeks time.

He said the House is aware that assets seized by EFCC from states were returned to such states hence the said recovered looted funds belong to the people of Delta State and ought to be returned to the coffers of the Delta State Government for developmental purposes.

Elumelu expressed concern that, if the federal government appropriated the funds without recourse to Delta State, the people of Delta would be deprived of their legitimate resources to improve on the economy of the state.

He disclosed that all indications and information available to the state indicate that the actual money was £6.2m and federal government should ensure that the total of £6.2m was credited, not £4.2m as stated.

The lawmaker contended that if the federal government was not stopped from further taking charge of the recovered loot, it might not be accounted for and or have any direct bearing or benefit to the people of Delta State.

Flashing Back to Ibori’s Conviction

In 2012, Ibori pleaded guilty to money laundering and other charges in a UK court and was consequently sentenced to 13 years imprisonment. Ibori admitted to fraud totaling more than $79m (£50m), said to be part of total embezzlement that could exceed $250m (£157m).

Prosecutor Sasha Wass told the court Ibori had accepted he was involved in “wide-scale theft, fraud and corruption, when he was governor of Delta state”.

When he ran for the governorship of Delta State, Ibori allegedly used a false date of birth to conceal previous convictions, because a criminal record would have excluded him from taking part in the election. Mr. Ibori tricked his way into public office. He had tricked the Nigerian authorities and the Nigerian voters. He was thus never the legitimate governor of Delta State,” said Wass.

“We are pleased with today’s guilty pleas, which mark the culmination of a seven-year inquiry into James Ibori’s corrupt activities,” said Detective Inspector Paul Whatmore of the Metropolitan police, adding, “We will now be actively seeking the confiscation of all of his stolen assets so they can be repatriated for the benefit of the people of Delta State.”

As governor of Delta State, Ibori racked up credit card bills of $200,000 a month and owned a fleet of armoured Range Rovers, said the prosecution. He was trying to buy a plane for £20m at the time he was arrested. Once seen as one of Nigeria’s wealthiest and most influential politicians, Ibori was seized in 2010 in Dubai at the request of the Metropolitan police and extradited to London last year.

His wife, Theresa Ibori, sister, Christine Ibori-Idie, mistress, Udoamaka Okoronkwo, and London-based solicitor, Bhadresh Gohil had all already been convicted of money laundering. Their convictions could only be revealed after reporting restrictions were lifted.

His conviction, however, paved the way for the British police to confiscate assets he stole and return them to Nigeria.

The MoU between FGN and UK

The United Kingdom and Nigeria on March 9, signed a Memorandum of Understanding (MoU) in Abuja to kick-start the process of repatriating the money.

The Attorney- General of the Federation and Minister of Justice, Abubakar Malami, who signed on behalf of the federal government said, in consonance with existing framework engaged in the management of previous recoveries, the Federal Executive Council had directed that the repatriated funds should be spent on completing the Second Niger Bridge, Abuja-Kano Expressway and the Lagos-Ibadan Expressway under the coordination of the NSIA.

The decision, he said, was to ensure the integrity of the process, while a reputable civil society organisation has been engaged to monitor the expenditure of the recovered funds on the execution of the critical projects, which are evenly spread across the country.

Malami described the event as ‘’another major milestone in our determined quest as a nation to attain full recovery of all looted assets, prevent abuse of recovered assets and also to ensure optimal utilisation of such recovered assets for the benefit of our deserving citizens.’’

The British High Commissioner, Ms. Catriona Laing, in her remarks, stated that the signing of the agreement, apart from showing the two countries’ determination to lead the way in a coordinated global effort to bring corrupt individuals to justice sent a clear message to Nigerians that the former governor had been held to account.

Laing said the agreement further demonstrated that money obtained through criminality or corruption was not welcome in the UK, adding that the UK would ensure the full weight of the law enforcement to crack down on those, who look to use, move or hide their proceeds of crime in the UK.

Malami, while justifying the exclusion of Delta State from the money, declared that the Delta State Government would not benefit from the £4.2 million loot recovered from Ibori, because it was meant for the Nigerian state.

Speaking on Channels Television programme, Politics Today, last Tuesday, Malami said the agreement consummated by British Government and Nigeria over the repatriated funds was for the Nigerian state as a victim of crime and not Delta State Government, noting that the federal government was still working with the UK government to recover over £95 million looted by Ibori.

In Defence of Delta State

Azinge faulted the federal government’s bid to appropriate the money, saying it should be returned to the state.

“By the time the case was concluded, Ibori was no longer a governor, and all those monies linked to him are treated as proceeds of fraud. Consequently, such funds could not have emanated from any other part of Nigeria except Delta, where he superintended and if for any reason the money had to be repatriated to Nigeria, common sense dictates that since it is considered to be money looted from the coffers of Delta State, automatically it should be returned back to them,” he stated.

“The money confiscated from Governor Diepreye Alamieyesiegha in the United Kingdom was recovered by the federal government, repatriated to Nigeria and remitted to the account of Bayelsa State government.

Also, Delta Elders’ Forum (DEF), led by a former Minister of Information, Chief Edwin Clark, opposed the plan by the federal government to use the funds to complete roads in other states when federal roads in the state are in deplorable condition.

The forum also found as unacceptable the argument by Malami, that the federal government was appropriating the funds, because the offenders committed a federal offence, contending that in the similar case of forfeiture by former governor Alamieyeseigha, the repatriated funds went to the state.

Delta State Commissioner for Information, Mr. Charles Aniagwu, told THISDAY that the state government was weighing its options to ensure that the federal government treats the state fairly.

“We believe that we have had a very cordial relationship with the President Muhammadu Buhari administration and to that extent, we are open to a fair and firm discussion with the federal government.

“We are convinced that every form of reasonableness and justice and, of course, equity is on our side. The federal government will not be averse to allow justice and fair play to hold sway in this matter, more so, when those who are repatriating the funds have clearly stated the source of the funds. So, we are convinced that the federal government will listen to us,” he said.

Also speaking with THISDAY in Asaba, the Chief Press Secretary (CPS) to the Delta State Governor, Mr. Olisa Ifeajika, said the state government did not expect the federal government to carry through its pledge to spend the cash on projects outside the state.

Ifeajika stated that it would amount to injustice and impunity on the part of the federal government to divert the money to projects not located within Delta State.

He said: “The Delta State Government believes that the federal government erred by proposing that the money allegedly recovered from ex-governor James Ibori, and which is being returned to Nigeria by the UK, would be used for projects outside the state.

“We believe and hope that the federal government will listen to the voice of reason from other stakeholders and rescind its plan to use the money for projects not connected to Delta State at all. It would be understandable if they were proposing to use the recovered money to fund projects here in Delta State.” 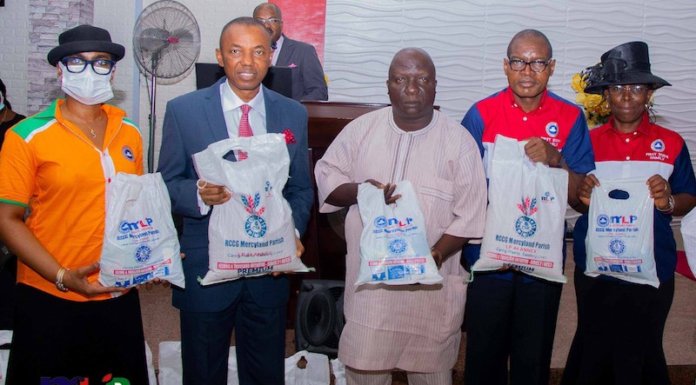