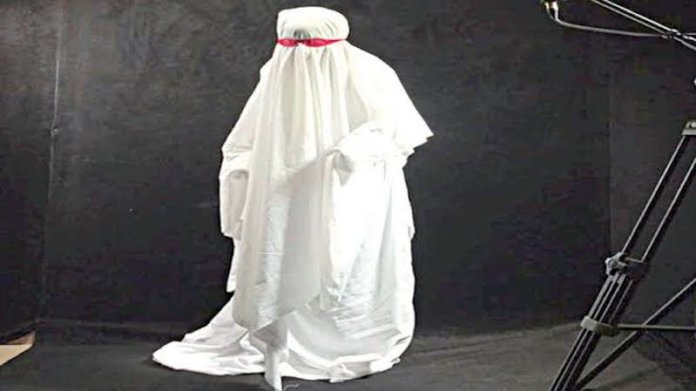 Ghosting, a theatre-film production by Footprints of David, Nigeria and Monster Truck, Germany is set to premiere at the Seaside Cottage Theatre, Bariga on March 20. Ghosting was inspired by the traumatic experience of the Covid-19 pandemic that broke almost every connection in everyday human relationship.

Funded by the Berlin Senate Department for Culture and Europe as well as the Performing Arts Fund, this theatre-film experiment tells personal stories of individual character with a new string of creativity.

A production of two continents, it breeds spirituality rather than an absenteeism of physical touch. The lead character, Sahar Rahimi is a layer of masked alter-egos of her imagination entrenched in the soul of seven other performers in Nigeria. Ghosting is a solo piece with many images shot in Lagos and Berlin. The result is a 35-minute long theatre-film about being together and abandoned, about digital bad conscience, teenage conflict avoidance and transcontinental power games.

Monster Truck was founded by students of Applied Theatre Studies in Giessen and works with a changing cast in the areas of theatre, performance and visual arts. Meanwhile, Footprints of David is the children’s branch of Segun Adefila’s Crown Troupe. It was founded in 2005 by Oluwaseun Awobajo with the goal of changing the way people view children from the ghetto. Awobajo started the theatre with four children from the neighbourhood but at the moment, scores of children have enrolled at the facility.