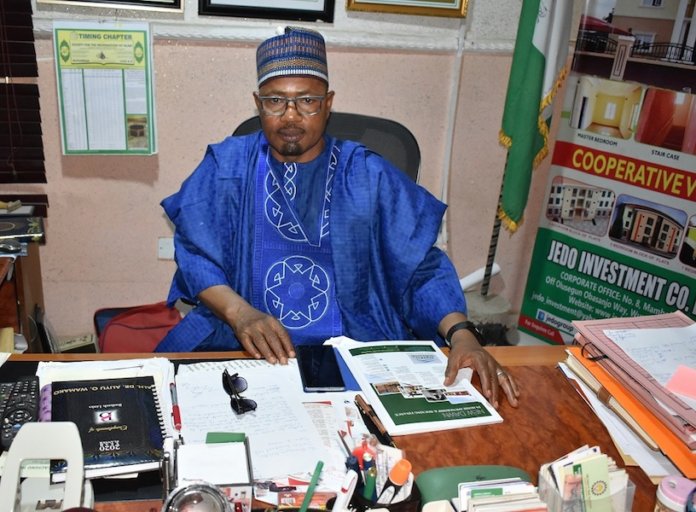 There are growing cases where some developers do not deliver on their contract to build homes for subscribers, particularly those who have paid in full or follow the payment plan strictly.

Some subscribers said they had paid in full over three years ago for various housing units and were told several shocking stories, including, in some cases, that their homes would be constructed in the next phase. So, they wait for four years to today without seeing their homes or the plots of land they paid for, and worse, they have nobody to turn to for redress, because this huge housing market is still unregulated by the government.

However, the Real Estate Developers Association of Nigeria (REDAN), has taken up the responsibility to regulate the housing sector, particularly where it concerns the association’s members who regularly hold meetings with a division of the Economic and Financial Crimes Commission (EFCC) known as Special Control Unit Against Money Laundering (SCUML).
According to the President of REDAN, Dr. Aliyu Wamako, subscribers who have disputes with estate developers should meet REDAN to assist them resolve the issues, regardless of whether the developers are their members or not.

Wamako said, “I believe those people (developers who default) are not our members because I have made it categorically clear to the public that if you want to deal with any developer you must make sure that the developer is a REDAN member.

“I assure you that if you give any kobo of yours to a REDAN member, it will never get lost; we will make sure that you get value for your money because we defend our integrity and that is why we have a good synergy and collaboration with SCUML, an arm of EFCC. Most of our members now report to SCUML yearly about our activities.”

In respect to regulation of the housing sector, he said REDAN had approached the national assembly for an Act that would enable them to regulate the housing industry.

“We have even headed to the national assembly so that there will be an Act which will regulate real-estate business in Nigeria. So, this is exactly what we are doing, but we are calling on the general public to understand that if they want to do business, if they want to get value for their money please they should know we have a seal now, REDAN has a seal, they should ask the developer if he or she is a REDAN member or does he have a REDAN seal. If he is not a REDAN member don’t do business with him, do business with only a REDAN members because you will get value for your money. If you have any bad transaction with anyone who’s a REDAN member come with your receipt, I assure you, you will get back your money or you will get what you want.”

He said their request at the National Assemble would soon go through the first reading and that the idea is to get an Act that would make crook developers ineffective.

“We are already at the National Assembly, very soon it will go for first reading. We want to make sure that at least we push out crook developers from the arena of doing business in Nigeria because some people are being defrauded as you just rightly claimed and it is something that is annoying and sometimes you would not have to do anything if we don’t have an Act backing us.”

Wamako said with the Act in place, they would be able to prosecute even non-REDAN members. “After being signed into law, even if that developer is not a member of REDAN, because there is this Act on ground we will be able to bring him to book and bear what he has done.

“These are some of the things we are trying to do, and that is why we are heading to the National Assembly. a lot of it there is no regulation in estate business in Nigeria and we are all tax payers and we deal with certain investments and there should be something to regulate it because we contribute at least 6.5% to the Nigerian GDP so I think there is need to have a regulation and we have a synergy with all the stakeholders in the industry who are aware of this bill and we believe the Act is going to bring synergy into the industry completely.”

He advised those who have problems with their developers to go to REDAN for assistance. “My advice is that even if they find those developers they have applied to are REDAN members fine, if they are not REDAN members, they can bring their complaints to REDAN and we will be able to assist them on what to do and possibly, we will be able to link up with the EFCC’s SCUML our collaborating partner, and ICPC so that they will be able to see what to do. We are not interested in anybody being defrauded as far as the business of housing is concerned in Nigeria today.”