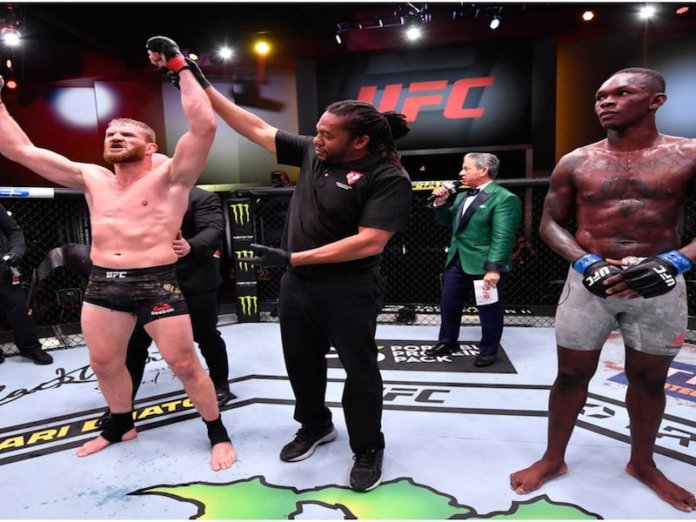 Light heavyweight champion, Jan Blachowicz picked up significant win at the UFC Apex early hours of Sunday morning in Las Vegas as he puts Nigerian born Israel Adesanya to his first career defeat in the main bout of the night.

Blachowicz and Adesanya traded shots through the first three rounds, with the faster, sharper Adesanya appearing to edge the action heading into the championship rounds.

But Blachowicz, 38, switched gears in rounds four and five and turned to his wrestling as he took the 31-year-old to the canvas midway through each of the final two rounds, and didn’t let the Nigerian-born Kiwi back to his feet as he dominated the action on the canvas.

After the bout went the distance, the three octagon-side judges each scored the fight for the Pole, with Blachowicz registering the first defence of his title with scores of 49-46, 49-45, 49-45.

In the night’s co-main event, two-division women’s champion Nunes retained her featherweight title with ease as she overwhelmed top contender Megan Anderson with strikes before submitting her with an armbar after just two minutes, three seconds. 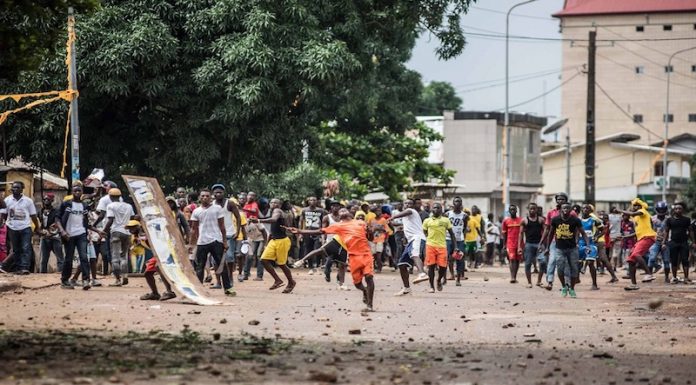