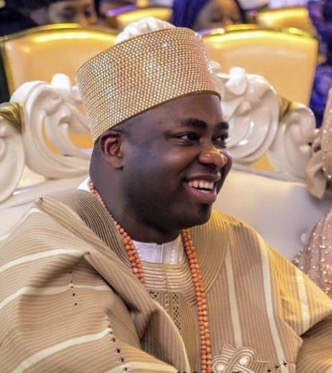 These are fine times for His Royal Majesty, Oba Alayeluwa Saheed Ademola Elegushi, Kusenla III. In a matter of weeks, Elegushi’s imperial household and the entire people of Ikateland will be soaring above—and celebrating among—the clouds. The occasion for celebration is nothing other than the commemoration of 11 years of Elegushi’s reign and 45th birthday.

Among the traditional monarchs of Nigerian, Elegushi occupies a unique spot as the youngest, most stylish, well-groomed potentate. Loved by his people since ascending the throne in 2010, Elegushi has kept a clean and terrific slate. No wonder the people of Ikateland adore him. Case in point, the forthcoming double-barreled celebration — 45 years alive, 11 years a king.

According to insiders, things are already boiling and sparkling within the Elegushi Royal Palace, as the imperial household hustle around to retrofit His Majesty’s palatine environs to match his characteristic style.

Moreover, with Elegushi’s twin wives, Olori Sekinat Aramide and Olori Hadiza, in charge of the doings, there is bound to be colour and class, beauty and bliss, happiness and harmony on that day. The theme for D-Day is “11:45”—11 years as king, 45 years as a son of the Ikate soil.

Such iridescent arrangements bring to mind the coronation of Elegushi in 2010 as the 21st monarch of the Ikate-Elegushi kingdom. The land and its people were getting a well-educated, well-grounded young man: a novelty of both worlds, to be sure—the legacy of the Ikate-Elegushi identity and culture and the progressive spirit of the new age. Thus, songs of joy and rejoicing suffused the land for weeks.

Perhaps circumstances might have cast Elegushi in a different role—as a House of Representatives member, for one, or as Lagos governor. But serving the people of Ikateland came first, and Oba Saheed Ademola Elegushi has done nothing but that. So 11 years on the throne and 45 years alive are well worth celebrating.