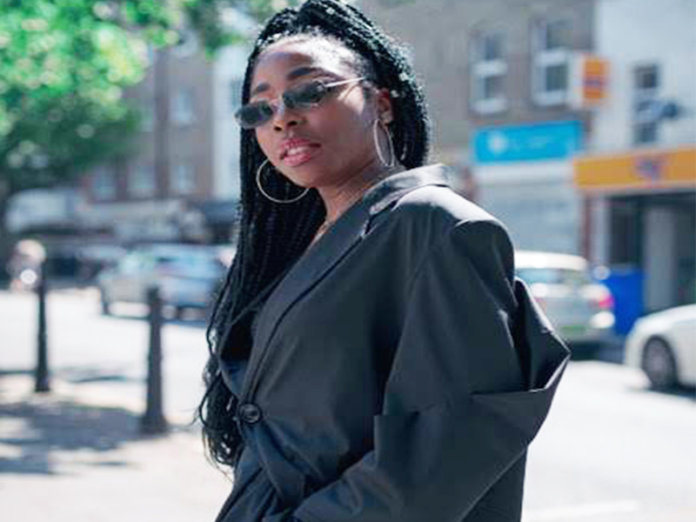 In the male-dominated Nigerian music scene, Nissi Ogulu (Burnaboy’s sister) is not afraid to take up space, making room for the celebration of Black women’s natural beauty in all its shades and textures as the dynamite of a singer is all about female empowerment as seen in this perfectly sculpted visual for Move x2. Ferdinand Ekechukwu reports

Nissi Ogulu, simply known as Nissi, is gradually gaining public consciousness mainstream with her artistry. Her music encompasses a “nice spectrum of sound” as she blends both African and European influences. The cross-cultural influences of her sound trace the path she’s taken in life: Nissi was born into a highly creative family in Port Harcourt, Nigeria; her older brother is Burna Boy, real name Damini Ogulu and her maternal grandfather is Benson Idonije, a one-time manger to Afrobeat legend, Fela Kuti.

According to her, they are just three children in their family, and growing up was very entertaining. Noting that she and the singer were the mischievous ones in the family, Nissi said that her elder sister Ronami was considered the more responsible child. “Growing up in my family was just about me and Burna Boy doing our thing. Being mischievous and spontaneous,” she said.

When asked why certain people did not know about her for a long time, she simply replied, “In many ways I have always kept my artistry separate from his but a true Burnaboy fan ought to have known me before now. My siblings and I are very close.”

Her other sibling sister, Ronami Ogulu manages her brother, Burna Boy’s wardrobe for public appearances, performances and tour dates. Their mum is Bose ‘Mama Burna’ Ogulu who manages her children and presumably manages their business interests as well.

As a teenager, Nissi attended Corona Secondary School, Lagos, and then The Royal High School, Bath, UK. She’s lived in England since 2011, first in Bath, then Warwick where she studied Mechanical Engineering before eventually settling in East London. Like her brother, she rejects the label of afrobeats artiste, not out of criticism for the growing genre, but simply because she isn’t a fan of boxes in general and given her family ties, it only feels natural getting into the music business.

Nissi, Spaceship Records’ first signing and only female artiste/songwriter yet, joined the list of artistes to kick-off 2021 with the visuals to her newest song ‘Move x 2’. The Kizz Ernie produced sound is a catchy upbeat single that finds the London-based singer encouraging her fans to look past the hard times and find reasons to keep moving and rejoicing. “Kasala Everywhere, I No Fit To Comprehend/Why Must All The Good Things Come To An End/Kilode Kilode” she sings against groovy production, coming to the realisation that problems hardly finish.

The new single and video for “Move x2”, is a the follow up to her last year’s debut album ‘Ignite’ and her 3-D animated movie ‘The Satchel’. The video brings the song’s empowering message to life. Directed by the Alien and shot in Lagos, Move x2 shows beautiful scenes of Nissi and a host of female dancers living it up at every given chance. The video is drenched in cultural references to Nissi’s heritage from the traditional sculptures that grace each scene to the beautiful adornments she and the dancers wear.

Known for her groovy sound and her love for cultural expression, Nissi draws on a wealth of deep traditional folklore to deftly serve up a three-course meal with this well-choreographed visual. The visual opens with an array of all things African as we see Nissi in her true goofy self, walk the line amongst beautiful African women who join her in a colourful celebration of dance, making the art direction for this, flawless. With every line from the song, comes a synchronized body movement.

In the male-dominated Nigerian music scene, Nissi is not afraid to take up space, making room for the celebration of Black women’s natural beauty in all its shades and textures. The dynamite of a singer is all about female empowerment as seen in this perfectly sculpted visual. Flanked on both sides by exotic beautiful African women exuding melanin, Nissi is a sight for sore eyes. Nissi says “I want to break a lot of boxes and the limitations that African women have and I definitely want to do it for as long as humanly possible”.

Perfectly curated and crafted in tandem with her sound as the hook stays with you when she belts the line ‘Fun won ni overload’, swaying her audiences with a smooth delivery of the Yoruba language and splatters of pidgin English in between.

Nissi’s remarkable talent as a musician, her gift for storytelling and her uncanny ability to break musical boundaries has set this Spaceship Collective’s first lady in a class of her own. Describing her kind of music in an interview as a blend of highlife and jazz, presently described as Afro-jazz or Afro-funk

Nissi said: “I would definitely say that my music, in general, is Afro rooted. But contemporarily driven and globally positioned in that it is a blend of my foundation, stemming from the highlife days of Fela Kuti and my granddad, having to learn jazz and blues from him (granddad) as well and then experimenting with all kinds of music, from reggae to funk to RnB. I think it is generally described these days as Afro-jazz or Afro-funk.” Nissi’s first official single called ‘Pay Attention’ dropped in 2016. It preceded the track titled ‘Criminal’ same year.

After that, she released ‘Favourite List’ in 2017. Between 2018 and 2019, she put out ‘Little Trouble.’ With an A-list brother, and an award-winning music critic as a grandfather, the 26-year-old Nigerian singer is out to carve a name for herself as an artiste.