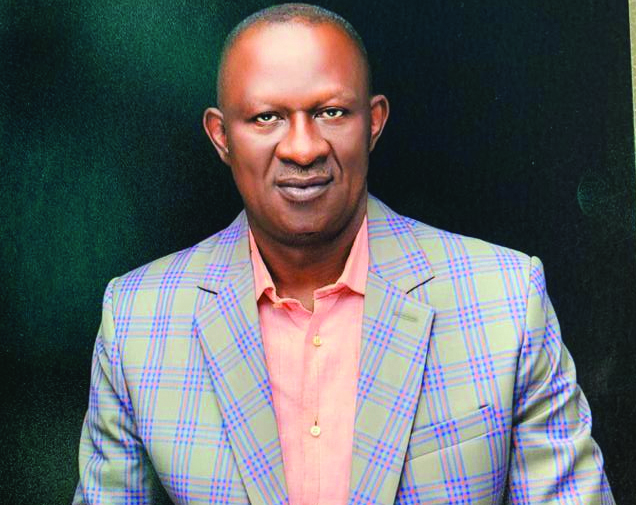 Acloudy sky foretells the rain. But the sons of men are caught unawares, and confusion reigns in the market square when it rains cats and dogs on a sunny day. It is like the hooting of the night bird in broad daylight. Yet such is life. Indeed it rained on us, unannounced, in the afternoon of February 4, 2021; nothing foreboding an earth-shaking tragedy, the fall of an Iroko.

Growing up, my younger brother, Hon. Matthias Ekweremadu Jr., left no one in doubt of his determination to reach for the skies, making success out of life. He readily embraced the family’s target and footsteps of success through a dint of hard work and he achieved success in all his endeavours.

He was business-minded as a child, such that he was already making money while in primary school. He eventually journeyed to Plateau State early in life in search of greener pasture. Along his business life, he got into several enterprises, including pharmaceutical, oil and gas, and farming.

At Dengi, he became Ezeigbo Dengi, an indication of his inclination to service. Therefore, it was not surprising that he veered into the terrain of politics and public service after he made success of the businesses. Here, he brought his private sector experience and culture to bear. As the Chairman of Aninri Local Government Council, he towered above his peers, with a testament of infrastructural development within the length and breadth of the Local Government Area. He ensured that all the communities benefitted equitably in both infrastructural development and other opportunities; and thoughtfully pioneered an annual thanksgiving service for the people of Aninri, which has endured till date.

In the Enugu State House of Assembly, Hon. Mathias Ekwerermadu Jr. distinguished himself, rising to the principal position of Chief Whip. By now, he had earned the confidence of the Enugu political class; and his hard work and commitment to service ultimately earned him the position of the Commissioner for Transport in the Enugu State Executive Council.
As Commissioner for Transport, he elevated performance and accomplishments to enviable levels. He would not defer till tomorrow what could be done today. He eventually died in active service. He died with his jacket and shoes on in the service of Enugu State.

The Holy Scriptures says that there is a friend that sticks closer than a brother. But there is also a brother that sticks closer than others; and Ezeigbo was truly one. Growing up, we shared great moments of brotherhood and we stood by each other at very critical moment of our lives. He was not just my brother; he was my partner, my friend, and my ally. I also believe we will ultimately meet in heaven to renew our brotherhood, friendship, and partnership.

Ezeigbo, may we never be cut down in our prime again. Yet, your life underscores, once again, the fact that life is like a folktale; it is not how long that really matters more, but how well, interesting, and impactful. Indeed, as one of America’s greatest statesmen, the ever-philosophical Benjamin Franklin, aptly put it, a long life may not be good, but a good life is long enough. Yours was a good and remarkable life. Like Julius Caesar, you ride home in torrents of tributes, and you can always beat your chest to say, “Veni, vidi, vici”, for you truly came, you saw, and you conquered.

On behalf of my dear wife, Lady Nwanneka, as well as Ike Jr., Chinonso, Kenechukwu, and Chidimma, I say goodnight. My dear brother, Chikeluba, Ezeigbo, OON, Before the War, as we all fondly called you, see you in the New Jerusalem someday, and may the chariots of angels ride you to your eternal rest.
––Ekweremadu, a former Deputy President of the Senate, represents Enugu West