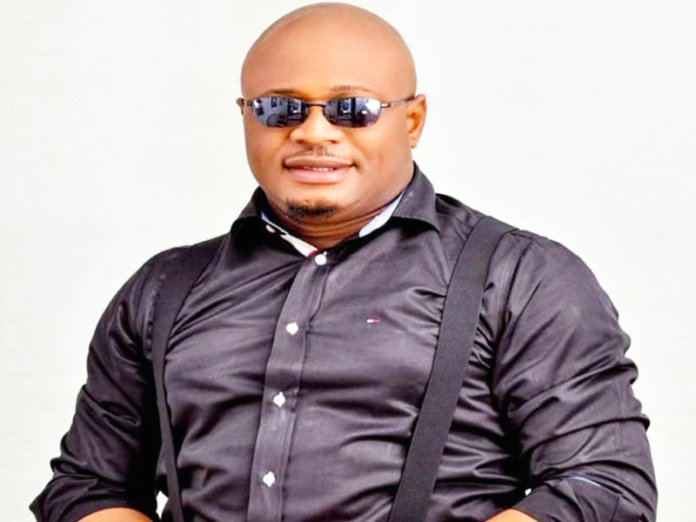 Ayomiposi Omogbotemi is a banker with 13 years’ experience. In this encounter with Festus Akanbi, the Ode-Irele, Ondo State-born Rhythm & Blues crooner speaks on why he chooses to focus on R&B in spite of the low appeal in Nigeria, and how he is able to maintain the balance between the seriousness of banking and music

How long have you been into music?

As long as I can remember; I can’t really put a timeline to it but I took it seriously when my former R&B group took it to the booth to record a demo in the studio back in 2006.

Don’t you think focusing on R&B will be detrimental to your popularity in view of the diversity in the Nigerian music industry?

It’s not only R&B I’m into. I also do other genres. But I can’t hide from the fact that R&B sits most with me and this is heavily influenced by my music background and orientation. Of course, I grew up listening to hiphop, rock, blues, pop, juju and fuji to say the least, but R&B is the most creative and the most balanced in lyrical content, composition, expression, instrumentation and appeal. And also, there’s no doubt that it’s the richest in music talent and ability. You see, everyone can claim to sing but not everyone who sings can do R&B. It requires and demands a lot for an artiste to be in R&B. Frankly speaking, artistes in this genre are the most gifted musically.

Who are your role models in the Nigerian music scene?

I cannot remember if I had any. I don’t really have one.

In terms of appeal, R&B is in the same league with hip-hop genre of music in Nigeria. Are you worried that R&B might be going into extinction?

It’s a shame that R&B has lost some of its appeal not just in Nigeria alone but across the world. It didn’t just start yesterday or last year, this started over a decade ago. Be that as it may, an artiste should be able to adapt in terms of creativity and shift in time. There was a period people really listened to jazz. Disco had its days too. But it would be very wrong to say R&B would go into extinction. That is not possible. Look at rock. It will always stand the test of time. Notwithstanding, like I said, an artiste must be flexible with his creativity and not confirm to one genre alone. He needs be sensitive to his environment and musically relate to the needs of that environment.

How will you rate the performances of artistes in this genre of music?

There are a number of established talents in Nigeria. I think Darey Art Alade and Banky W have been consistent over the years and that’s commendable. Timi Dakolo is also up there, among others.

You are a banker and musician. How do you maintain the balance?

It depends on one’s love, sacrifice and dedication. When you’re in pursuit of something you’re committed to achieve, there’s no way you won’t find a way to make it happen no matter how long it takes.

What difference would you like to bring to bear in your musical offering?

By educating the listeners; there has to be accountability. We are all accountable for the message we push out there. Music is a powerful tool for transformation, be it good or bad. It can be constructive or destructive. I intend to better the world around me through my music, not add to social vices that harm the society.

Is there any pressure to resign your banking in order to face music?

I feel no such pressure at this time; I’m just taking it all in as they come. Time will decide what happens. So, for now, there’s no pressure to choose.

Are there pressures from the opposite sex? Is there any Baby mama?

I’m a father and a Christian. I am happily married to the most beautiful woman in the world with lovely children. I don’t think there’s anything out there for me to be looking for. I have it all at home. I’m blessed.

How many albums have your released?

Just two singles. No album for now. The first single was released during the lockdown last year in April. The video was on TV for a while. It’s titled ‘SOS’. ‘Ife’ is my second offering released last month February.

What is your target for the next five years?

To reach more people within and outside the country; but most importantly, to touch and impact lives positively. I also want to become a household name on your TV screens; on your radio; in your phone. In the next couple of years, I want my body of work to be appreciated as worthy material and my brand appreciated in the entertainment industry.