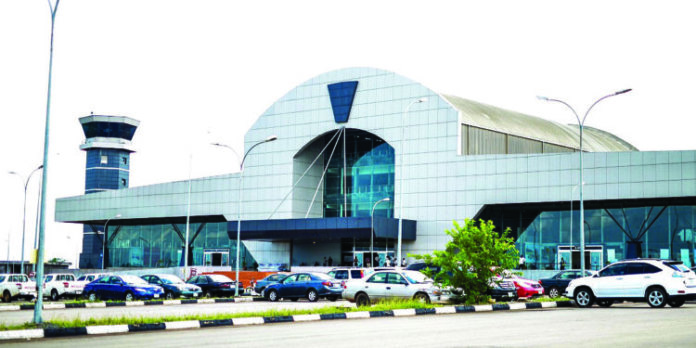 Rebecca Ejifoma looks at the benefits and economic gains of the recent concession of Asaba International Airport, Delta State, by the Gov. Ifeanyi Okowa government

On Tuesday, February 23, 2021, the Asaba International Airport entered a new epoch, becoming the first brownfield airport concession in Nigeria. The concession was described by Governor Ifeanyi Okowa of Delta State as a breakthrough in his government’s goal to transform the airport into a regional economic hub in line with the vision establishing it.

Concession means ceding a facility to a private company (in some cases a consortium) for effective management, sustained profitability and customer satisfaction in service delivery. In the global aviation industry, concession has helped some unprofitable aerodromes transform to world-class profitable ventures. It is a public-private partnership business model that usually becomes a win-win for all the stakeholders.

However, this is not peculiar to Nigeria. In 2017, 70% of airports across the world were said to have operated at a loss. Hence, most countries are continually turning to concession as the most viable option to run the airports in a profitable and self-sustaining manner. In fact, the International Air Transport Association (IATA), the statutory clearing house for over 290 international airlines around the world, encourages privatisation (concession) of airports because it takes it away from public ownership with all the encumbrances of inefficiency and administrative tardiness associated with public utility management.

The John F Kennedy Airport in New York, USA, the most profitably run airport in the world, has a substantial part of its operations concessioned. The Singapore Changi Airport, which reportedly connects customers to over 200 destinations worldwide, with 5,000 arrivals and departures a week by 80 international airlines, have profited from concession models to become not just an airport but now providing concession services and sundry consultancies for other airports across the world.

It was, therefore, a right step in the right direction by the Okowa government to concession the Asaba airport. Conceived and built by the previous government of Dr. Emmanuel Uduaghan, it was meant to provide efficient aviation services (both human and cargo services) not only for Delta but to service the eastern flank particularly the commercial cities of Onitsha and Nnewi in neighbouring Anambra state. It was also to serve as an aerodrome for the movement of agricultural and other goods to markets around the nation and the world at large.

Commercial flights commenced in June, 2011. Between July 2011 and October 2013, the Airport had handled over 6,300 flights and over 190,000 passengers (an average of 260 flights and 6,800 passengers per month). Despite the huge investment of over N40 billion naira in the construction and building of the airport and its growing profile as a regional node for flight and transport operations, there were still some nagging questions about certain aspects of the airport. In particular, they were serious concerns about the undulating nature of the runway/taxiway and the hill beside the airport that was adjudged a safety threat.

In March 2015, shortly before the inauguration of the Okowa government, the airport was downgraded to a Category 3 airport by the Nigerian Civil Aviation Authority (NCAA). The implication was that it could only take smaller aircraft such as the Q400 and DASH 8. To make matters worse, Nigeria was in the throes of an economic recession, a spin-off of the global slump in oil prices. This left the Okowa government with the challenge to think outside the box and find ways to reverse the downgrade and to transform the airport into a profitable aviation hub in sync with the original vision of effectively servicing the state and adjoining south east states.

The immediate mandate was to turn the airport into a model economic platform that is self-sustaining through a robust public/private partnership. While signing the agreement with the concessionaire, Governor Okowa recalls: “This administration had to fully rehabilitate/reconstruct the runway, taxiway and other ancillary works, complete the perimeter fence, and evacuate the hill beside the airport for the provision of obstacle-free zone for the runway as demanded by the regulatory authority. Subsequently, the airport was upgraded to Category 6, which enables aircraft as large as the Boeing 737 to land.”

Since its upgrade, the airport which hitherto was limited to local flights with smaller aircraft, transformed to an international airport. In November 2018, it welcomed its first international flight, a Boeing 737 aircraft belonging to Max Air which landed to ferry Nigeria’s Super Eagles to South Africa in what has historically become the first ever international flight out of the airport.

The Okowa government, working to expand the economic frontiers of the state through massive infrastructural development saw in the airport an avenue to attract investments, tourists as well as deepen the internally generated revenue of the state. And without much ado, it completed the installation of the Instrument Landing System and the Airfield Ground Lighting System. On account of this, the airport can now handle night operations. It has been doing so in the last two months during which it has operated several night flights as approved by the NCAA and the Nigeria Airspace Management Agency (NAMA). The government has also added other facilities that put the airport among the best in the country.

An obviously elated Okowa in his remarks at the concession ceremony said: “I am happy to report that the airport now has a medical centre. The Fire-fighting Station has been completed while the Watchtower for firefighters is 80% ready. Meanwhile, the previously unserviceable Automatic Weather Observation System and the Low-Level Wind Shear Alert System have been repaired and are functioning, improving the overall safety of the airport. This assurance of safety and the attractive nature of the route has continued to attract new airlines to the Asaba International Airport.”

The road to concession was a long and arduous one. First, the Government established a Project Steering Committee in November 2015 to shop for a consortium of Concessionaire Operators/Investors with the technical and financial capabilities to redevelop, finance, design, operate, maintain and manage the Asaba International Airport for the Delta State Government.

Guided by the Transaction Adviser, the State Government in April 2019 solicited for bidders with proven track record in the aviation sector.

Bids were received from First Investment Development Company (FIDC)-MENZIES Aviation (MA) Consortium. The second bidder was the Asaba International Airport Development Consortium, which had international aviation experts and experienced local partners. It was created as a special purpose vehicle solely for the development and operation of Asaba International Airport. At the end, First Investment Development Company (FIDC)-MENZIES Aviation (MA) Consortium, was picked as the preferred bidder, “having provided demonstrable capacity to meet all the requirements of the Master Plan while also outlining their financial commitment and injection of new investments into the project.”

Observers believe that if the terms of the agreement are successfully implemented, the benefits to the economy of Delta State would be enormous. For instance, the concessionaire shall at all times be under an obligation to ensure that 20 percent of its staff are indigenes of Delta State. The development of the strategic business units such as cargo facility, tank farms, hotel and conference facility will, no doubt, be a boom to artisans, in addition to acting as a stimulus for dozens of Micro, Small and Medium Scale Enterprises (MSMEs).

Public policy experts are pleasantly surprised at how the State Government was able to attract such huge investment in the face of investment apathy occasioned by the coronavirus. It is on record that the Federal Government has not been able to muster the political will to concession its airports owing to opposition from aviation unions. That the Delta State Government was able to achieve this feat is a powerful testament to the courage and vision of Governor Okowa.