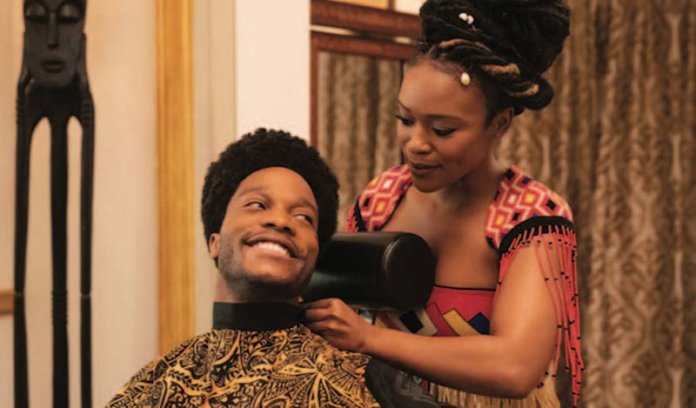 A lot has changed from the Africa Hollywood star and comedian Eddie Murphy knew over three decades ago to now. The continent now boasts many creative talents in music, fashion and film and the culture embraced by many. Thus the challenge for Murphy and his production crew in the sequel of his 1988 movie ‘Coming to America’ was to reimagine Africa in its new glory.

To an extent, the SNL alumnus achieved that with the help of the director Craig Brewer, if not a bit exaggerated. ‘Coming 2 America’ which premieres today on Amazon Prime Video will see an enormous version of Zamunda, the fictional African kingdom, with more dances, fashion and music. Hollywood celebrity costume designer Ruth E. Carter (Black Panther) employed the talents of African fashion designers like Nigerian Ikiré Jones and South African designers Palesa Mokubung of the label Mantsho and Ladumo Ngxolo of the label MaXhosa to highlight the continent’s vibrant fashion. For choreography, the cast learned the ropes of dancing from the iconic choreographer Fatima Robinson. For music, Nigerian artistes like Tekno, Larry Gaaga and Tiwa Savage who are signed to Universal Music Nigeria lent their vocals on the soundtrack while Davido performed in the movie. There were also performances from the funky hip-hop girl group Salt N Pepa, and Gladys Knight.

But in its pursuit to represent Africa in all its glory, the film loses itself. Even with a stellar cast that includes veteran actors Morgan Freeman, Wesley Snipes, Tracey Morgan and Leslie Jones as well as newbies Nomzamo Mbatha, Rotimi, Bella Murphy, and Jermaine Fowler, the film hardly hit home.

Now a king, Murphy reprises his role as Akeem and embarks on a journey back to America alongside his friend and aide Semmi (Arsenio Hall). This time, he is not looking for an intelligent woman to marry but a lost son. His son’s existence was only brought to his knowledge by his father, King Jaffe Joffer whose dying wish was for him to find an heir to the throne since Akeem was only blessed with three daughters. Lavelle (Fowler), his street-savvy Queens boy, will arrive with his mother (Jones) to Zamunda to learn about his identity and tradition of the African kingdom.

At the heart of the film is a story about identity and women empowerment but these themes are not that punchy as expected. Rather, the film is sprinkled with comedic theatrics such as Snipes’ General Izzi character and his caricature dance entrance, the one-liners from Jones, and the hilarious witch doctor played by Hall.

While showing Akeem’s struggle with parenthood and leadership, ‘Coming 2 America’ lacks the authenticity of the first movie. It ambitiously portrays Africa as the new cultural gold. It only manages to tick a few boxes with its art, music and cinematography. The film can only be seen as a lavishly decorated story without a pulse.