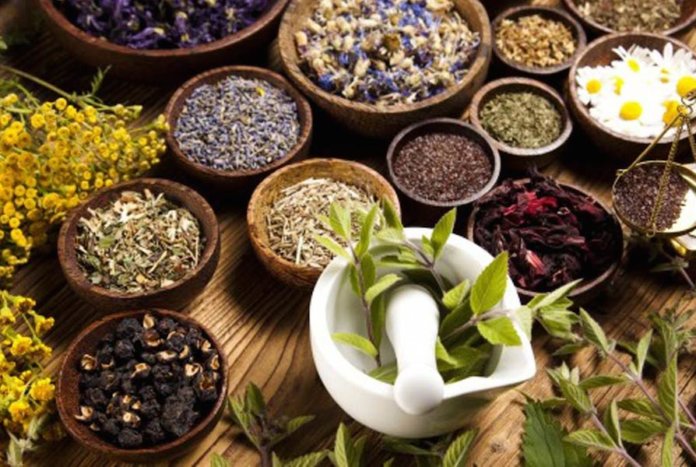 Experts including the Rector, Redeemed College of Management and Technology, Dr Stella Mofunanya, has implored Nigerians to embrace natural medicine to solve the many health issues in the country.

She said this at the second induction ceremony of Complementary and Alternative Health Technicians, Therapists, and Technologists at LACOHET where experts like the Provost, Lagos State College of Health Technology, Yaba (LACOHET), Dr. Moyo Kasim reiterated her call.

In her address, Mofunanya enjoined Nigerians, “Let your food be your medicine; natural medicine we all grew up with in our homes. When you look at what your grandparents were eating it is all about natural medicine.

“If you are in Yoruba land especially those of us in Lagos, your ewedu, bitter leaf, our locust beans, and our cayenne pepper have been capsulated.”

Mofunanya, however, decried “they have been able to brainwash us that until we buy the orthodox drugs we will not be fine.

“Until we start eating it well in Nigeria, letting our food be our medicine and not running to western food, we will not stop having problems,” she cautioned.

The rector highlighted that in Nigeria when people hear of natural medicine they think of rituals. “It is not. Our grandparents washed their yam with the skin and they looked fine. Most of them lived till 120 years. Now we peel, and fry.”

She recommended: “From your home, like I said, let your food be your medicine. Let your kitchen be your pharmacy with those vegetables like turmeric and cloves.”

On the role of the government, Mofunanya explained: “A bill has been passed now. They all know; let’s go back to our roots. How come most of our grandparents did not die of diabetes, hypertension in their tender ages? So most of the governments are embracing it now.”

In her presentation, she said the wider flexibility of traditional medicine practice among the people of developing countries is apart from the affordability and accessibility due to their beliefs.

“If we must develop a good health care system then more attention has to be given to this former sector involved in the health care delivery at the grassroots,” she harped on.

For the provost Kasim, alternative medicine is “Our culture. Orthodox is not just in Nigeria or Africa but all over the world right from the inception of human existence”.

He continued that some of the most popular practices in the world including China, India and other countries have both traditional and orthodox medicine side by side in any of the hospitals.

His words, “What the Lagos State government is trying to do today is to bring traditional medicine out into the open to make it more accessible to all the citizens in the country.”

He hinted on Traditional Birth Attendants (TBAs) , saying over 60 per cent of “our women give birth at the facilities of TBAs. It is the traditional medicine goal in partnership with the traditional health care board and the college to train our TBA for four to nine weeks. Then they transmit their TBA to CBA (Community Birth Attendant).”

According to Kasim, the function of Lagos state government is to bring out traditional medicine into the forefront so it can be accessible to all the citizens in the state