The federal government has granted Mobile Network Operators (MNOs ) approval to establish dedicated SIM Swap Centres across the 774 local governments in the country.

It also approved the extension of the tenure of National Identity Number (NIN) enrolment agents’ licences for MNOs from one to five years, having considered their performances so far satisfactory.

It, however, stated that their operations would be subjected to continuous monitoring.

A joint statement by the Director of Public Affairs of the Nigerian Communications Commission (NCC) and the Head of Corporate Communications of the National Identity Management Commission (NIMC), Dr. Ikechukwu Adinde and Mr Kayode Adegoke respectively, conveyed government’s decisions.

According to the statement, the approval was confirmed by the Ministerial Task Force on the NIN-SIM registration after its fourth review meeting held in Abuja.

The meeting was chaired by the Minister of Communications and Digital Economy, Dr. Isa Ali Ibrahim Pantami, with key stakeholders present at the meeting.

Others were the NCC Executive Commissioners for Technical Services and Stakeholder Management, MD/CEOs of MTN, Airtel, EMTS (9Mobile), NTEL, Spectranet and SMILE, as well as the COO of Glo.

The minister, the statement said, noted that the approval was a deliberate effort of the federal government to simplify the enrolment process for Nigerians and legal residents, adding that the Technical Committee was mandated to complete the development of a new SIM issuance strategy that cannot be compromised.

This, he stressed, will ensure that there is no repeat of the past process which was compromised through pre-registration by some agents.

Other resolutions taken at the meeting included tasking a multi-sectoral ad hoc committee to immediately complete the review of the processes for new SIM activations for legal residents staying in Nigeria for less than 24 months.

The membership of the committee was drawn from NCC, NIMC, NIS and ALTON.

The statement added: “Furthermore, MNOs that already have service centres in important and critical locations in LGAs were mandated to upgrade these centres to a level where they can qualify as SIM Swap Centres in order to reduce the challenges associated with the SIM Swap/Replacement process for the citizens.

“The purpose is to bring SIM Swap Centres closer to Nigerians regardless of their location.”

The minister tasked the NCC to work with NIMC and MNOs, to come up with a framework for the establishment of SIM Swap/Replacement Centres in each of the 774 LGAs in the country, beginning with critical and feasible locations.

The statement disclosed that while briefing the meeting on the outcome of the recent Senate Investigative hearing on 5G deployment in Nigeria, the Executive Vice Chairman (EVC) of NCC, Prof. Umar Danbatta, extolled the minister for making an eloquent presentation to dispel fears about the public health and security implications of 5G, as well as making a case for the new technology in the country.

Following the briefing, he said, all stakeholders unanimously agreed on the need for the country to deploy 5G technology.

The minister also expressed his appreciation to Nigerians for their patience and compliance with the federal government’s directive on the NIN-SIM registration exercise, which he said, comes with many benefits to the country and its citizens.

He assured Nigerians of the government’s commitment to continually take decisions aimed at easing the pains of the citizens with regard to issues related to NIN and SIM registration.

The statement disclosed that President Muhammadu Buhari has commended the task force and urged the members to maintain the tempo.

He gave the commendation after being briefed on the activities of the ministerial task force. 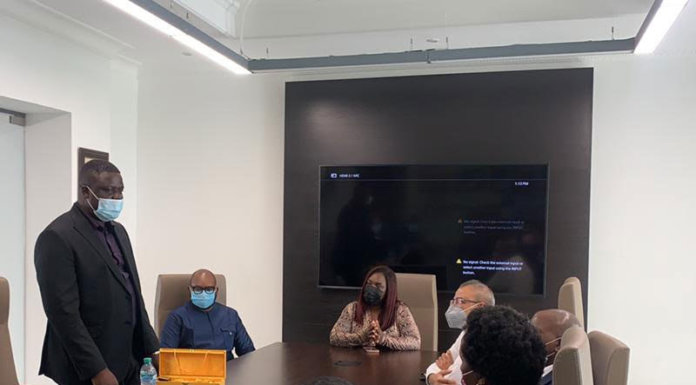