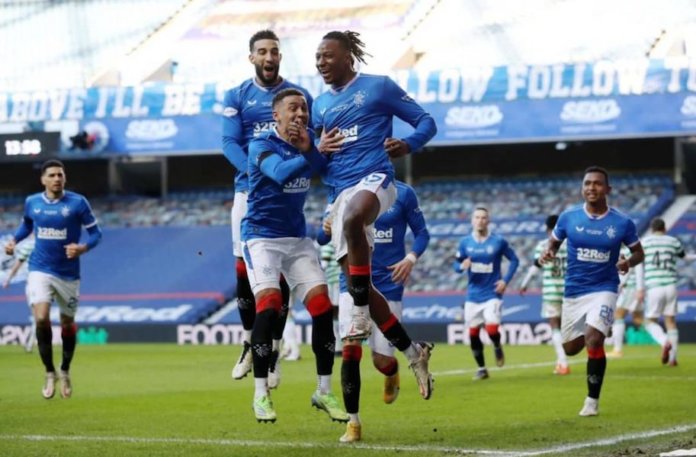 Ahead of the final match days of AFCON 2022 qualifying round of matches, Super Eagles Head Coach, Gernot Rohr, has rated the duo of Joe Aribo and Leon Balogun highly going by their performances so far with Glasgow Rangers in the Scottish league.

The Scottish side under Steve Gerrard are enjoying their lone status on the log and are two matches away from clinching the league with the two Nigerian stars playing leading roles in the team.

Rohr told UK’s Daily Recordthat “Since I invited Joe Aribo to the squad (Super Eagles) we have had only good performances from him. He was, for us, an important player in the midfield with his left foot, mobility, commitment and fantastic mentality.

“He can play as a defensive or offensive midfielder. Joe is good at pressing and immediately struck up a wonderful relationship with Alex Iwobi.

“Joe scored in his first game for Nigeria against Ukraine in September 2019 and was one of the best players so we’re happy to see him in full flow and fitness for Rangers,” stressed the Franco-German gaffer.

Aribo formerly of Chalrton Athletic in England made his debut for Super Eagles in an international friendly match against Ukraine and scored his first goal for Nigeria.

The Super Eagles coach praised the way Aribo has been able to adjust to the team and his contribution so far.

As for Balogun, who was part of his team to the last World Cup finals in Russia, the coach was not surprise that he is been used on the right back sometimes due to the player’s utility quality.

The AFCON 2019 bronze medal with Super Eagles was deplored from his conventional centre-back role to right back by coach Gerrard due to injuries the team was going through before the last match.

Balogun was singled out for praise by the former Liverpool player for the way be adapted to the position.

Rohr noted that he has seen Balogun play in similar role while he was in the German Bundesliga with Mainz 05.

” “I have known Balogun for a very long time. He has a German mentality and has good speed which is very important for a central defender or full back as he can play both positions.

There is no difference for Leon Balogun playing at right back for Rangers just now because he’s played there before, for Nigeria and in Germany sometimes.

“He’s quick and intelligent and can change his position very quickly. For me, he’s strong enough to play either position. At the 2018 World Cup he played at the right of a three-man central defence so not quite a right back.

“I watched him playing in Germany for Mainz before I joined the Nigerian national team so I knew all about the boy. He was born in Germany and speaks German so we have a good relationship.

“Leon has a very good character and self-confidence and I was happy when he moved to Glasgow Rangers because he didn’t play enough in England.

“Leon is one of the leaders in my group and I’m happy he has had success in European competition with Rangers. He is also one of my vice captains, we have a young team in Nigeria and he is an experienced player which is vital,” Rohr said.

The coach is expected to name his 23-man team today or before the end of the week.