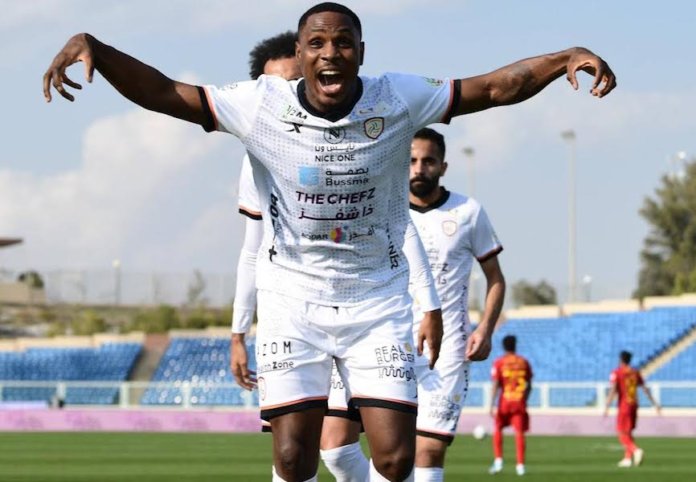 Ighalo, 31, who switched to the Saudi league after completing his loan spell at Manchester United in January has now scored three goal and provided one assist in five league appearances for the Lions as Al Shabab are called by their fans.

The former Watford front man put Al Shabab ahead in the 12th minute after he was set up by Abdullah Al Zoari.

The visitors rallied back courtesy of Emilio Zelaya’s 20 minutes strike but Ighalo netted the winning goal six minutes before the break.

The Nigeria international was replaced by Hassan Mohammed Al Tambakti in stoppage time with all three points in the kitty.

Al Shabab leading the table with 44 points from 21 games. They are five points clear at the top.

Ighalo who was to return to his parent club Shanghai Shenhua in the Chinese Super League after fulfilling his childhood dream of playing for the Red Devils opted for the more lucrative stint in the Middle East.

Super Eagles Captain, Ahmed Musa similarly damped the competitive European leagues to go for the petrol-dollars in the Saudi topflight but unfortunately he was released from the contract even before it ended.

Musa played for Al Nassr also in the Saudi topflight.

The Nigerian Captain is presently without a club after completing medical at West Bromwich Albion.

There are speculations that two senior Nigerian players are in discussions with their agents with possible move to the Middle East.