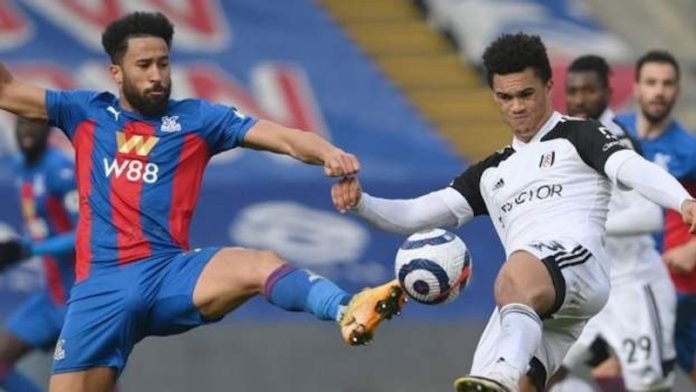 Fulham missed the chance to move within a point of fellow Premier League strugglers Newcastle and Brighton after being held to a goalless draw at Crystal Palace.

There was little to choose between the teams in a first half lacking in entertainment but the visitors came to life in the second, fashioning numerous chances to leave Selhurst Park with all three points.

Josh Maja curled narrowly wide from the edge of the penalty area before forcing Vicente Guaita into a one-handed save with a close-range header from Ivan Cavaleiro’s delivery.

Palace were virtually non-existent as an attacking force, registering just three attempts and failing to test Alphonse Areola in the Fulham goal.

The draw lifts Scott Parker’s Cottagers to 23 points – three behind 17th-placed Newcastle – while the Eagles are 10 points above the relegation zone in 13th.