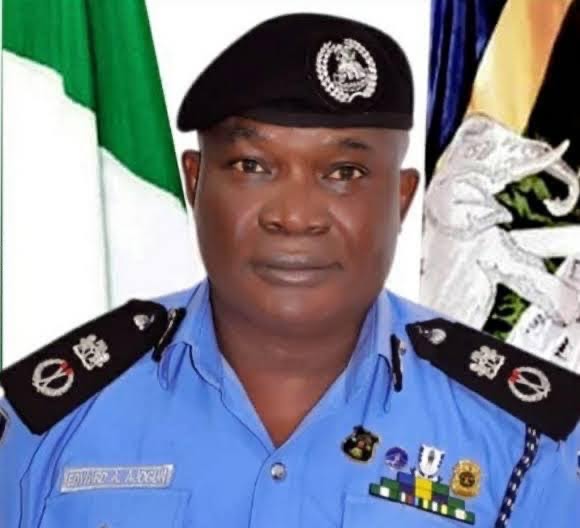 Ogbeh was re-arrested by men of the Ogun State Police Command earlier this year at Agbado area of the state.

Investigations by the police revealed that his re-arrest followed the report from residents of that area about the suspicious conduct of the man and following his apprehension, it was discovered that he tried settling down secretly in Agbado area in order to avoid being traced.

The state Commissioner of Police, CP Edward Ajogun has directed that the suspect be transferred to the State Criminal Investigation and Intelligence Department (SCIID) for further profiling.

This is just as he also decried the degree of murder cases that have been perpetrated in the state, especially from the last Christmas season till date.

Most recently, there has been several killings in the state with arrest of so many suspects who have been remanded in police custody for further investigations and prosecutions.

Presently, three men namely: Daniel Ikwe, Micheal Tedungbe and Idowu Shorunke are in police net over the death of Rasaq Shotunde who was murdered in cold blood over a land feud between him and Shorunke.

During investigation, it was discovered that Shorunke was the person who hired the other two for the sum of N500,000.00 to eliminate the deceased.

Ikwe and Tedungbe on the other hand both confessed that they laid ambush for the deceased on his way to the village from Abeokuta, where he had gone to visit his son and used a heavy stick to smash his head.

In another land feud, a 55-year-old man named Ishau Falana is under arrest for beating his relative, Badmus Rafiu to death for burning a bush close to his farm at Oluwasogo area of Ijaka Isale in Ogun State.

The culprit over-powered the deceased, who he tied and beat severally and abandoned in a state of coma in the bush.

It was the mother to the deceased who found her son the next day while the culprit lamented that he didn’t know that his victim would die.

are facing murder charges for beating a So-Safe corps officer who was on guard duty at OGD Estate Asero, recently.

Disaster struck when Mr. Okiki Mulero, who is a commercial cyclist was denied entrance into the estate for carrying more than one passenger contrary to the rule of the estate.

This infuriated him and he called his two brothers, Micheal and Joseph Mulero who came to the scene and they jointly attacked the two security guards with planks.

In the process, one of the security men by the name Segun Godfrey Barde was hit with a plank and he slumped.

He was subsequently rushed to O&A hospital where he gave up the ghost while the three siblings, who have all confessed, are in the custody of the homicide section of the SCIID for further investigation and prosecution.

In a similar vein, battle for supremacy between members of Eiye and Aiye cult groups in Ifo area of the state, led to violent clashes between the two nefarious groups and demise of one of the cultist, simply identified as Ofada, who was shot dead during the imbroglio.

The cult members held their clandestine meetings at various points unknown to them that the police had been alerted about their activities.

On sighting the policemen, some of them fled while some were apprehended and also led the police to further arrest other members.

The corpse of the slain cultist has been deposited at the general hospital mortuary, while the injured ones have been taken to the same hospital for medical care.

Meanwhile, CP Ajogun has ordered the transfer of the suspects to the SCIID for discreet enquiries and also ordered a manhunt for the remaining members of the groups.

He also condemned another case of jungle justice meted out to one Samuel Ajibade, who was accused of stealing phone handsets and beaten to coma by a group of three male youths at Iju, Ota but died after he was taken to the Ota General Hospital.

In another development, a wanted alleged cultist who had been on police search list, Owolabi Oludipe a.k.a Somor was recently shot dead while in a gun battle between his group and policemen at Odogbolu.

Sustaining fatal injury from the bout, the suspect who was taken to the hospital following his surrender to the police, confessed to have been responsible for the killing of some prominent persons in the state, before giving up the ghost in the hospital while the police recovered from him assorted charms which he wore on his body, arms and phone sets.

Similarly, two members of an armed robbery syndicate were shot dead in the first week of February, following gun battle with the police at Oyingbo area of Ijebu Ode during a robbery operation, while others took to their flights.

The CP has appealed to members of the public especially hospitals to report anybody seen with gunshot injury to the police.