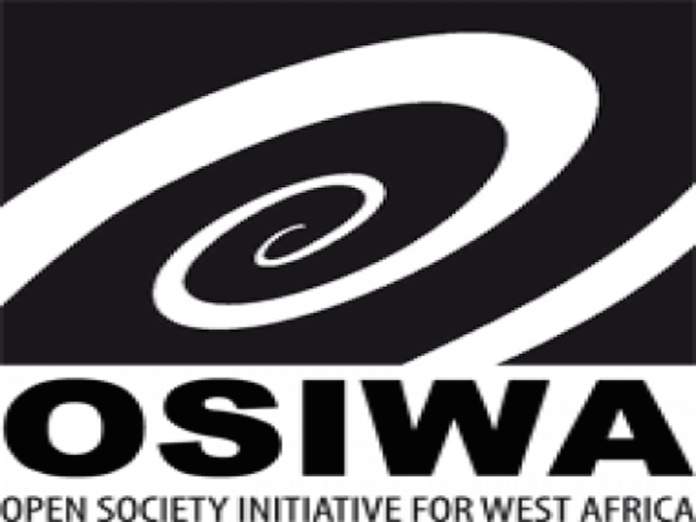 The number of small arms in the hands of civilian non-state actors nationwide is estimated at 6,145,000, a new report by SMB Intelligence and Open Society Initiative for West Africa (OSIWA) has revealed.

As shown in the report, however, the armed forces and law enforcement agencies collectively account for 586,600 firearms, representing about 8.71% of the total small arms and firearms in circulation.

These figures were revealed in the 2020 SBM-OSIWA report on Small Arms, Mass Atrocities and Migration in Nigeria, supporting their findings with evidence from the Small Arms Survey, a publication of the Graduate Institute of International and Development Studies in Geneva, Switzerland.

The 73-page report lamented that arms proliferation “is a major problem for governments and citizens who are concerned about its devastating impact on internal security.”

Globally, the report cited a 2017 research, which  estimated that there were at least one billion small arms in circulation.

Out of that number, the report claimed that about 87.5% or 875 million of those arms “are in the hands of civilians, while law enforcement agencies around the world account for a meagre 2% of that total.

“There are over 40,009,000 small arms in the hands of civilians or non-state actors in Africa, with 10,972,000 of that number concentrated in the West African sub region where Nigeria is the dominant power and most populous state,” the report noted.

In Nigeria’s case, specifically, the report put the number of small arms in circulation in Nigeria, in the hands of civilian non-state actors at 6,145,000, which accounted for about 91.29%.

According to the SBM Intelligence, the armed forces and law enforcement collectively account for 586,600 firearms.

It noted that the worrying trend of arms proliferation in Nigeria “has had an impact on Nigeria’s internal security, with various armed groups using their access to firearms to challenge the state’s monopoly of violence and lead to the deaths and injury of thousands of innocent citizens.

“This has negatively impacted Nigeria’s internal security and international standing, as Nigeria is now designated the third most impacted nation by terrorism, according to recent reports, and in the unenviable company of Afghanistan, Iraq, and Syria,” the report said.

It explained that the proliferation of small weapons in Southern Nigeria combined with already existing state corruption and mass unemployment “has contributed to the rising criminality and violence in the region.

“Towards the end of the Abacha Regime in 1998, armed robbery had begun to stifle commercial activities in Aba, a commercial centre in South East Nigeria. This drove some traders to organise vigilante groups to protect themselves and their businesses.

“This initiative which later evolved into the Bakassi Boys eventually spread to other South Eastern states such as Anambra and Imo state which at the time had serious crime problems.

“South Eastern Nigeria is known for entrepreneurship. And the general poor security situation facilitated a trade in small arms in major markets such as the Ariaria Market in Aba and the Onitsha Main Market in Anambra State.

“The relative lack of economic activity in South Western Nigeria outside Lagos has resulted in high youth unemployment and resultant violence and arms proliferation,” it explained.

Categorically, the report deduced that arms proliferation “has helped fuel inter-ethnic violence and violent land disputes. Notable examples include Arogbo-Ijaw and Ilaje in Ondo state; Ife and Modakeke in Osun state and Saki-Iseyin and Hausa-Fulani in Oyo State. “

In Lagos State, the report noted that there had been frequent gang clashes and inter-ethnic clashes between indigenous Yoruba traders, and settler Hausa traders.

It explained that violence in the Niger Delta “is compounded by a combination of grievances at a history of exploitation of crude oil and natural gas reserves, which denied host communities a fair share of their resources; militancy linked to the natural resource control struggle; a history of inter-ethnic and cult violence and small arms proliferation.

“The most far reaching effect of arms proliferation in the region is the rise of militancy which evolved to include destruction of oil pipelines and the kidnap of oil workers, at some points, threatening to bring Nigeria’s economy to a standstill.

“All these contribute to continued insecurity in the Niger Delta.  A 2019 SBM intelligence security report on Nigeria established that the Nigerian military was active in all of Nigeria’s states but Kebbi.

“The small arms-enabled crimes being dealt by the military in those states, ranged from issues such as kidnapping, pipeline vandalism, illegal oil bunkering, to herder-farmer violence, and natural resource-driven militancy,” SBM Intelligence wrote in its report.

The report claimed that the kidnapping rate in Northern Nigeria “has steadily risen, with Kaduna State now being the epicentre of kidnapping in Nigeria. The Abuja-Kaduna Expressway is now one of the major kidnapping hotspots in Nigeria.

The report, also, said a combination of ethnic and religious tensions “has created a combustible mix in Northern Nigeria, especially ethnically and religiously diverse North Central and the Middle Belt Region.

“Notable incidents include religious tensions and violence in Kaduna in the wake of the Sharia Law Crisis in 2001. This led to the deaths of about 3000 and ethno-religious tensions in Jos, Plateau State in September 2001, triggered by competition between indigenes and settlers for political positions.”

It cited recurring violence between the Tiv and Jukun Ethnic groups in Benue and Taraba States as another consequence of arms proliferation.

It, thus, noted that arms proliferation in Northern Nigeria in the hands of non- state actors “has led to the surge in mass atrocities.

“The main perpetrators of these mass atrocities in Northern Nigeria are the Fulani Herdsmen, and the Boko Haram terrorists. The ability of the various armed groups to get away with armed violence repeatedly has further emboldened them. Some notable incidents.”