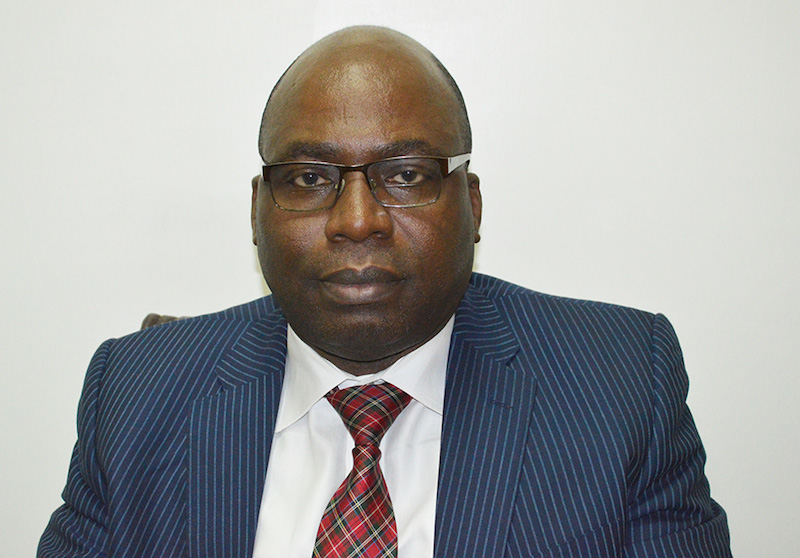 Kingsley Nwezeh writes that the Prof. Bolaji Owasanonye-led Independent Corrupt Practices and Other Related Offences Commission (ICPC) is engaged in a gritty battle of wits with corrupt personnel of Ministries Departments and Agencies (MDAs)

It is a known fact that in spite of the avowed anti-graft drive of government, corruption, a hydra-headed monster, has continued to mutate in the country.

Anti-graft agencies have battled top officials of government and ministries, some of whom were jailed while others are still standing trial even as others are under investigation.

The different corruption schemes in the MDAs have been variously called ghost workers syndrome, padding, diversion of public funds, bribery and corruption and looting, even some recovered loot were re-looted.

The diversion and looting of public funds have continued unabated while several counter strategies deployed by government have not effectively tackled financial crimes in Ministries Departments and Agencies. (MDAs).

Even the Treasury Single Account (TSA) introduced by government to curb wastage and stealing in public service has been breached by corrupt public servants and rendered partially ineffective.

Nigeria was recently rated the second most corrupt country in West Africa with Guinea-Bissau being the only country more corrupt than Nigeria in the region. The federal government has, however, disputed the rating as being incongruent with the anti-graft policy of government which it said had yielded results.

The Corruption Perception Index (CPI) 2020 report published by Transparency International (TI) showed that Nigeria occupied the 149th position out of the 180 countries surveyed and scored 25 out of 100 points. The rating was one point lower than the 2019 position as Nigeria was ranked 146th out of the 180 countries surveyed, scoring 26 points out of 100 points.

In a bid to curtail graft in public service, the Independent Corrupt Practices and Other Related Offences Commission (ICPC) recently had a virtual conference with directors of finance and accounts and of internal audit of some agencies of the federal government among other stakeholders to discuss transparency and fiscal discipline in implementation of government budgets.

Chairman of the Commission, Prof. Bolaji Owasanonye, said the gathering was for those whom government has given responsibility for managing public finance and assets, on whom lies the responsibility for transparency and integrity of our public resources, but under whose watch and active collaboration the anomalies and distortions that result in the corruption of our public finance takes place.

“The failure of integrity on the part of these critical watchdogs of public finance is what accounts for the under development of Nigeria, the absence of infrastructure the fragility of the economy and the near collapse of the nation state. Within this room are those who make or mar the future of Nigeria”, he said.

The systems study and review conducted by the agency focused on Personnel Cost Allocation and Capital Development Fund for 2017 – 2020.

Owasanonye said findings by the agency showed that there was budget manipulation by most MDAs, which resulted in MDAs receiving both appropriation and releases beyond their actual needs. While these surpluses were open to the risk of being misappropriated as is tradition sometime at the end of the year, the funds tied down for non-existent personnel deprived government and indeed needy MDAs of much needed funds to apply to other critical, but underfunded areas, especially overhead and capital development.

This, he said, tended to make budget execution problematic for government at harsh economic times.

“While our review and the IPPIS takeover of the salary payment has helped to reduce these incidents, the mop up of balances immediately after the payment of salary at the end of every month had to be activated with the cooperation of the Ministry of Finance and Office of Accountant General of the Federation.

The ICPC also initiated through its 2019 system study and review the mopping-up of corruptly-activated floating funds.

“Part of the outcome from 2019 System Study and Review of the Commission is the mopping up of N42billion (Personnel Cost) in 2019 and N147 billion in 2020 respectively. The Hon. Minister of Finance through findings of the commission of the wrong application of personnel cost on overhead and capital item issued a negative warrant to mop up excess cash available in the personnel cost of the MDAs to forestall further misapplication of funds.

“Similar warrant was issued in 2020 totaling N147 billion, which was a huge savings to government. The year 2020 has been a challenging year with the devastating effect of COVID-19 leading to low revenue, low crude sales, low economic activities and recession among others, hence the importance of blocking leakages and wastages within the system,” he said.

The ICPC chair said the commission as part of its statutory mandate had, in the past few years been conducting systems study and review of ministries and organisations in the federal public service (MDAs).

He said the overall objective of a system review is reform of the systems and procedures of public agencies with a view to identifying and eliminating, preventing, blocking and obstructing opportunities for corruption.

To achieve this, the ongoing exercise targets detecting areas of vulnerabilities, actual weaknesses, leakages and corruption risks and to recommend ways of strengthening these systems and removing the discretionary gaps and such opportunities for both individual and institutional malfeasance on our public resources.

In addition, he said, the review also targeted shoring up public resources for government and make them available for utilisation in delivering good governance and the dividends of the nation’s democratic processes. Often, these system study review leads to full blown investigation of egregious anomalies or enforcement measures like asset recovery and prosecution.

Owasanonye noted that in 2019, ICPC reviewed 208 agencies of government that are funded from the federal treasury and came up with outstanding results, which included discovery of N31.8billion personnel cost surpluses for 2017 and 2018, and misapplication of N19.8billion and N9.2billion from personnel cost and capital fund respectively. “Consequent on these findings, N42billion unspent surplus allocations for personnel cost for 2019 alone was blocked from possible abuse and pilfering mostly from health and some educational institutions.

“This implies that if we had covered the entire civil service structure of all MDAs the figures would be staggering. In 2020, we extended the review with more focus on health and education sectors, which touch the lives of ordinary citizens and are critical to meeting any of the internationally recognised development goals but is a major headache to budget execution,” he said.

The agency also uncovered the scam in the controversial school feeding programme and the billions feeding imaginary students when the nation was on a lockdown.

“We commenced a review of educational institutions indicted in the 2017 Auditor-General’s Annual Audit Report for a wider range of financial infractions. A number of investigations are on-going on this as we have instituted a mechanism for continuous review of current and subsequent annual audit reports.

“In December 2019, the federal government launched the Open Treasury Portal [OTP] onto which all payments from N5million and above by MDAs are uploaded for the purpose of transparency and public scrutiny. We immediately began studying payment data on the portal again with focus on educational and health institutions,” he said.

In the process, he noted, “The issue of payments of feeding allowance to federal unity secondary schools was thrown up and we had to carry out further investigations on expenditure on meal subsidy releases that remained constant despite the lockdown during which schools were closed and students away at home.

“In response to our findings, government set up the Transparency Portal Quality Assurance and Compliance Committee with ICPC as a member. The committee now scrutinises payments on the portal and periodically sends lists of agencies with serious infraction for further review and sometimes investigation and enforcement action,” Owasanonye said.

He noted further that in the spirit of collaboration ICPC reported back its findings on cases of fraud or unaccounted for funds a number of which investigations are ongoing.

He said the review is carried out on month by month transactions and is therefore an ongoing exercise and despite confronting erring ministries and MDAs with federal circulars prohibiting these activities, the infractions continue thus stronger measures on the part of government and anti-corruption agencies are inevitable.

Based on its findings, it also made recommendations which the agency said also formed part of its achievements. The systems study and review focused on personnel cost allocation and Capital Development Fund for 2017 – 2020.

“In general, our findings showed that there was budget manipulation by most MDAs which resulted in MDAs receiving both appropriation and releases beyond their actual needs. While these surpluses were open to the risk of being misappropriated as is tradition sometime at the end of the year, the funds tied down for non-existent personnel deprived government and indeed needy MDAs of much-needed funds to apply to other critical but underfunded areas, especially overhead and capital development.

“This tended to make budget execution problematic for government at harsh economic times. While our review and the IPPIS takeover of the salary payment has helped to reduce these incidents, the mop up of balances immediately after the payment of salary at the end of every month had to be activated with the cooperation of the Ministry of Finance and Office of Accountant General of the Federation”, he said.

“In addition to the above infraction on personnel cost allocation, we found that quite a substantial part of the personnel cost budget was expended on matters not related to personnel cost. These expenditure types included DTA and estacode, electricity, water and sewage bills, procurement of diesel and stationery, payment of transport allowance and flight fares, payment of wages for outsourced services and ad hoc (locum, visiting and at times illegal employees), as well as illegal allowances.

“For capital development fund, review established huge expenditure on both personnel and overhead related items thus frustrating government’s capacity for infrastructural development. Again, that the budgeting system for capital fund had shifted heavily to overhead-related activities such as empowerments, sensitisations, trainings, etc, thus reducing the visibility of government assets and infrastructural projects commensurate with the value of capital appropriation”, the ICPC chair, said.

The findings further showed that some agencies of government engaged in massive capital project implementation through direct labour with attendant implication for corruption and loss of project quality and tax revenues.

It is hoped that the commendable steps of the agency would be sustained in order to contain public sector corruption.