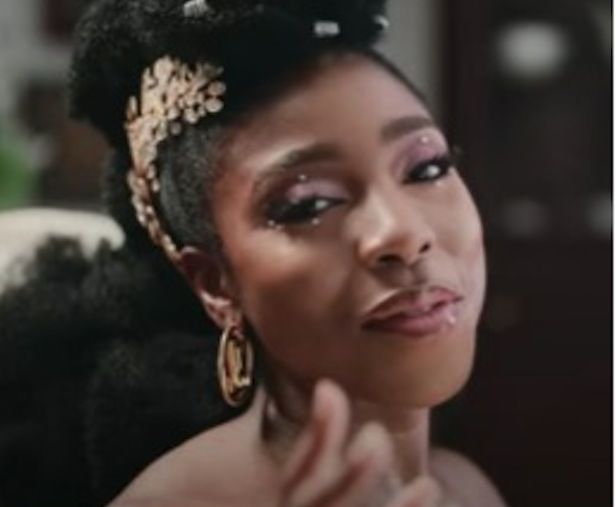 Ys. You know Burna Boy. Everyone knows him. But if you haven’t heard of Nissi Ogulu, listen up. Nissi’s name may just be the next big thing you hear across the globe. You guessed right: Nissi is Burna Boy’s sister, not girlfriend.

And the groove, the grace and the glamour all seem to run in the family. Well, don’t think Nissi is a new kid on the block, though. She’s been grooving like forever.

Nissi began displaying her musical talent almost at the same as the self-acclaimed African Giant, Burna Boy.
She shed light on that, saying, “I think in different ways we both started doing music around the same time because I started with piano and stuff, he started with Tupac, and I tried to copy the flows of those guys. That was his beginning, and my beginning was with the piano.”
So, what’s she been up to lately?

As a London-based singer, Nissi’s music is a blend of genres, including funk. She’s Spaceship Records’ first signing and currently the only female artiste. The video of her newest song, ‘Move X 2,’ is already turning heads, intriguing in concept and game-changing in artistry. If you’re still dulling, Nissi’s groovy sound may help you to get your groove back.

Her cultural expressions, drawn from a wealth of traditional folklore heightened by gravity-defying choreography, are intriguing. But, this is all deliberate.

“I want to break a lot of boxes and the limitations that African women have, and I definitely want to do it for as long as humanly possible,” she confessed.

What’s her driving force, then?
She explained, “But contemporarily driven and globally positioned is a blend of my foundation, stemming from the highlife days of Fela Kuti and my granddad, having to learn jazz and blues from him (granddad) as well and then experimenting with all kinds of music, from reggae to funk to RnB. I think it is generally described these days as Afro-jazz or Afro-funk.”
It indeed runs in the family. A groovy girl is up to the game.