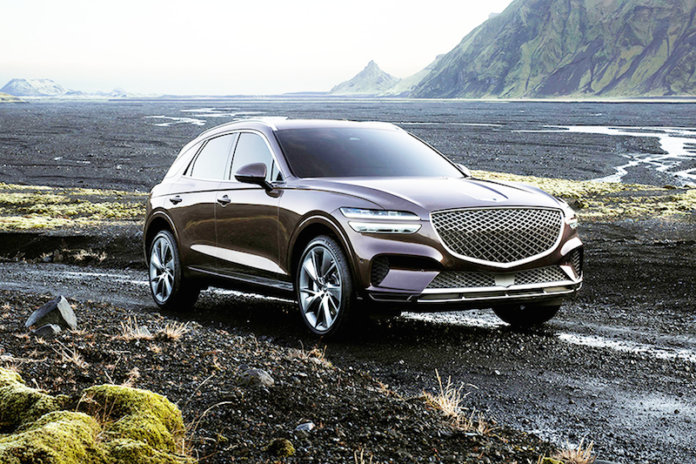 Tiger Woods might’ve been way more seriously injured had he been driving anything else, because the SUV was top of the line in terms of safety.

TMZ reports that a lot of attention has been paid to what kind of car Tiger was in Tuesday when he rolled over in Rancho Palos Verdes, and though it was totaled, the 2021 Genesis GV80 has all the bells and whistles of 21st-century road safety you’d want in a car retailing for $47k to $60k, depending on the model. It’s a fair guess Tiger’s was fully loaded.

The whip comes in all-wheel-drive ride by default, so torque is sent to all four wheels instead of just two, giving the driver more control on the road. That is assisted with a built-in Electronic Stability Control and Traction Control System.

Perhaps most important is what is featured inside, namely 10 standard airbags, that essentially turn the car into a pillow in the event of an accident. There is also an extra airbag up front that sits in the center console, between driver and passenger.

From the looks of the aftermath, it sure looks like most of those airbags went off, something that almost certainly lessened the damage to Tiger’s body.

Granted, he is still dealing with a gruesome leg injury, but it could have been so much worse.

Now, as crunched as the GV80 appeared, you could argue the structure actually held up pretty well considering the impact. That is not a surprise once you know it uses high-strength steel for the roof, transmission tunnel, front chassis extensions and parts of the rear structure.

With all that in mind, this machine might have been worth it off the lot. Of course, Tiger’s was a loaner as Genesis was the title sponsor of the golf event that brought him to town. (Source: TMZ)

According to Carbuzz, the all-new 2021 Genesis GV80 is the luxury brand’s first-ever production SUV that bears a striking resemblance to the concept version previewed over two years ago. Like the rest of the Genesis sedan lineup, the GV80 rides on a rear-wheel-drive architecture with optional all-wheel drive. Power is expected to come from the same twin-turbo 3.3-liter V6 utilised in other Genesis models as well as the Kia Stinger GT.

The exterior styling is bold and the “V”-shaped front grille will help to make the SUV stand out from competitors such as the BMW X5. The interior also takes a bold styling approach with an extremely wide center console housing the transmission shifter knob and infotainment knob. Directly above it are the HVAC climate controls. There’s also an abundance of wood trim and other high-end materials.

The steering wheel design is also quite unique, featuring one large spoke going across the middle.

Genesis says GV80 sales will get underway in its home market of South Korea at the start of 2020, with global sales to follow soon after.