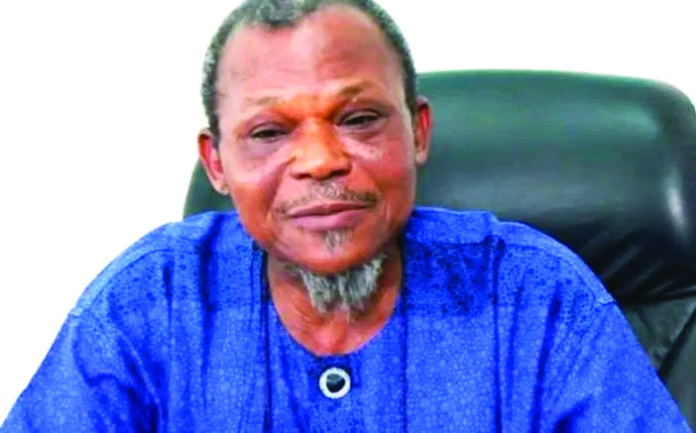 On Wednesday 7th August, 2019, I took time off to continue my research on a publication that I was working on for my former office, the Lagos State Ministry of Economic Planning and Budget, where I served as the Director, Public Affairs. The publication, a ‘Collection of Budget Speeches, 1968-2019’, dedicated to all who had governed the State from 1967-2019, was a milestone in the State.
In the course of the project, it was discovered that the 1975/1976 speech read by the first Military Governor of the State, Mobolaji Johnson, was missing and so was that of Ndubuisi Kanu, (1978). Having gotten their numbers, I decided to put a call through, first to Ndubuisi Kanu. I called his number twice but it rang out.

Helen Luc, was right when she said “Life has many ways of testing a person’s will, either by having nothing happen at all or by having everything happen at once”. A few hours after my call dropped, I received a text message which simply said: “Text”.
I responded immediately by introducing myself and what my mission was, and how I would be grateful if I could have the opportunity to have an audience with him for some clarifications over his 1978 Budget broadcast. To be Candid, after sending the message, I did not really expect a response. Not because I thought he won’t be civil enough to offer one, but because from experience, having worked with Government for so many years, I understood how tight the daily schedule of such an important personality could be.

To my surprise, he called me back later that night with another number which was different from the one I used earlier. I didn’t recognize it but fortunately I picked it. Then came this soft voice: “Hello this is Ndubuisi Kanu, is this….” Wao! I was blown away. I was filled with both excitement and anxiety. Excitement, because I was too delighted that such a busy personality could have time for me. Anxiety, because I had no inkling as to what his response would be.

Sincerely, the call was unexpected. We had a very lengthy discussion and he invited me over to his place the following day. He not only gave me his address, he also gave a careful description of how to get there. Just like that, on a platter of gold. I could not believe my luck.
I went to see him the following day as agreed. When I got to his place, I expected his security details to put me through the usual rigorous checks associated with such high profile person but that was not the case. Instead, I was simply ushered in and told that he had already seen me. Very organized, I was really impressed. The inside of his home was very welcoming. It has such an imposing ambiance.

At the end of our meeting after going through the voluminous draft copy that I took with me, he showed a lot of interest and emphatically told me that he read a budget speech for that year (1978), but was not sure if he had any personal copy. He was however disappointed that it was not documented or archived. He was very apologetic and promised to get back to me, saying that he needed to go through his records and make some calls.

I thanked him very much for inviting me over and offering his assistance. How kind and thoughtful of him. It was awesome, the meeting, the reception, his receptiveness and words of encouragement. It is Matshona Dhliwayo that said” Humility makes one teachable; gentleness makes one peaceable”.

Oh! He was a gentleman to the core, very humble and there was that look of contentment on his face. However, have you ever had such a feeling that when something goes too perfectly well and unexpected you have to tread carefully. I had that kind of predisposition, I felt some bugs moving in my stomach after I left his place. It was too good to be true.

Surprisingly, I got a break when searches in London Libraries changed the scenario. In spite of the fact that the searches came back classified as missing for the two speeches, there were Newspaper publications that showed that they were actually read. Full of excitement and armed with the scanned copies of the reported stories in the Nigerian Daily Times Newspaper of the respective years, I prompted him with a message and sought to know how far with his search.

Once again he responded thus: “Hello Madam, Greetings and a Good Day, albeit now tending Nightfall. I’ve been pretty busy on this and that, hence couldn’t revert earlier. Whenever your program permits, do give a tinkle, and I’ll confirm your coming over to give me the available papers. In the meantime, I’m still going through some archival records; dust and all, long long time!!! Let’s see how it goes. God bless”.
After this meeting and discussion, the rest was history. He was there with me every step of the way, called from time to time to find out about the progress made and how everything was coming up. Sincerely, I was really impressed and encouraged. Since he was also not able to produce his own original copy, we ended up using the Newspaper photocopy, with a promise to keep on searching for possible inclusion in subsequent publications.

After the publication was concluded and published, he along with other past Administrators or their families were presented with their personal copies. He was pleased with the final outcome and I couldn’t have been happier. We kept in touch even afterwards. I remember when I told him about my retirement from service, he chided me and said I was looking too young to retire and we both laughed it off.

Another time, I called to find out how he was coping with COVID-19 pandemic, advising him to avoid social /official functions as well as local/foreign travels. He assured me that he was being extremely careful and wanted me to be also. What an irony of life. “O Death, where is thy sting?”

Perhaps one thing I admired most and probably will never forget about him was his simplicity, he led a life devoid of all the paraphernalia of office as a former two-time Military Administrator of Lagos and Imo States, respectively. He made himself available and accessible to me.

He was a good listener, very soft spoken, always cheerful and funny. He was always willing to talk. So, before I called to ask about his wellbeing, I had to ensure that I have sufficient credit on my phone because when he starts you can’t stop him.

We have lost a rare gem, God fearing, humble and pragmatic leader. He was a patriot and democrat, who fought for the enthronement of democracy in our Country. An epitome of an officer and a gentleman. He shall be sorely missed. Adieu, Ndubuisi Kanu! Continue to rest in the bosom of your creator.
––Olowu-Adekoya, a retired public servant, wrote in from Lekki, Lagos.