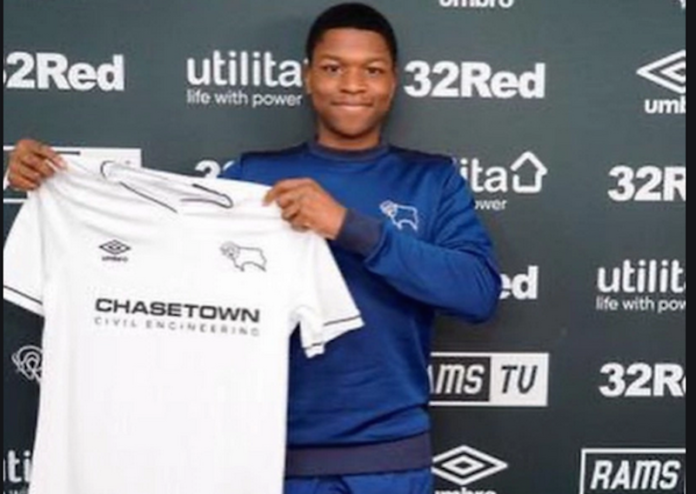 Nigerian midfielder Bayo Fapetu has taken to social media to announce that he has ended his association with Arsenal by signing a contract with Championship outfit Derby County.

Thus, Fapetu will not be among the new intake of academy scholars at Arsenal for the 2021-2022 season.
The promising teenager is departing the Gunners without making a competitive appearance for the club’s U18 team but featured for the U16s.

Fapetu links up with four players of Nigerian descent in the shape of Festy Ebosele, Josh Shonibare, Osazee Aghatise and Olamide Ibrahim at the Derby County academy.

Writing on Instagram, he said : “Delighted to sign a long term deal with Derby, we give all thanks to God. Time to get to work and fulfill my dreams.”

Although the length of contract has not been disclosed, FIFA regulations on the status and transfers of players state that players under the age of 18 may not sign a contract for a term longer than three years.
Fapetu is expected to feature for Derby County U18s in 2021-2022.