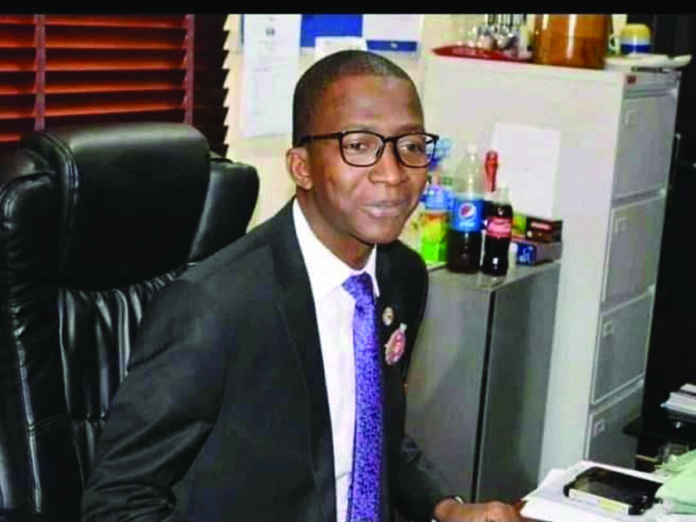 The All Progressives Congress (APC) has called on the Chairman of Economic and Financial Crimes Commission (EFCC), Mr. Abdulrasheed Bawa, to spare no one in his fight against corruption.

The National Secretary of the Caretaker/Extraordinary Convention Planning Committee (CECPC), Senator John Akpanudoedehe, stated this in a statement issued yesterday in Abuja.
APC urged Bawa to be guided by the stance of President Muhammadu Buhari that the fight against corruption must be total and unsparing.

It noted that against the backdrop of the APC’s 2015 and 2019 presidential election victories, the fight against corruption was one of the major promises the President Buhari-led APC administration made to Nigerians.

It added, “To this end, we are confident that the Abdulrasheed Bawa-led EFCC will intensify the administration’s ongoing campaign to end impunity and graft.”
The party stressed that commission’s new chairman’s 16 years of work experience in different strategic capacities at the EFCC has prepared him for the important job.

It said drawing from a pool of well-trained staff could only increase professionalism through reliance on institutional memory and also boost staff morale, as in the case of Bawa’s appointment.
The ruling party added that his youthfulness is an advantage and an indication that the present administration believes in its youth population.

The APC said corruption is the root cause of most of the social problems, particularly underdevelopment and poverty which the current administration is working assiduously to reverse.
It said blind to religious, cultural, political and sundry leanings, corruption is a common enemy which the nation must use all lawful means to end.

The party noted that it was the reason why the Buhari administration has dedicated itself to end impunity and ensure that our commonwealth works for the common man, not a few.

He emphasised that from advance fee fraud, money laundering, public sector corruption and other financial crime-related issues, economic and financial crimes are becoming increasingly sophisticated criminal activities, which keep evolving with the times.

To be steps ahead, the APC said Bawa-led EFCC must invest in technology and ensure synergy, cooperation and partnership with relevant agencies, locally and internationally, to effectively prosecute the current administration’s war against graft.