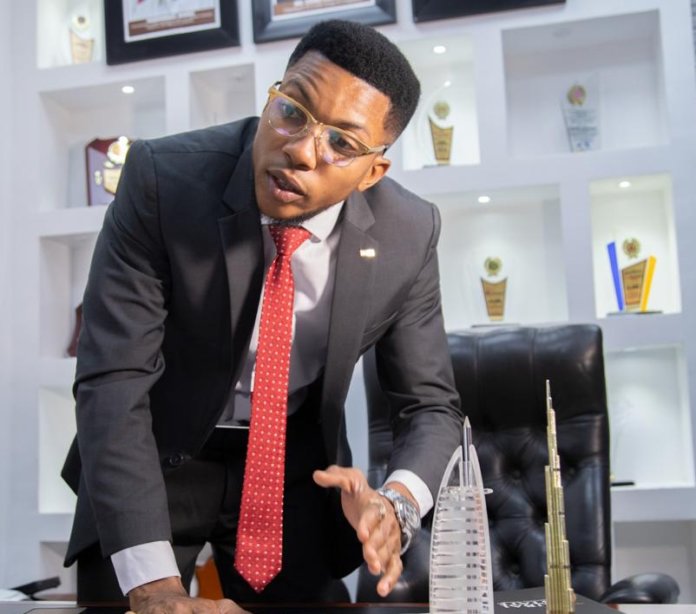 Most entrepreneurs are always regarded as problem solvers because they make money by finding solutions to identified problems. However, outstanding entrepreneurs are people who don’t just solve problems but do so creatively and tactfully.

In Nigeria today, the rate at which crime and violence increase has made it imperative for individuals, private and public organizations to beef up their security apparatus.
Identifying the need led to the proliferation of private security outfits in Nigeria.

This private security outfit is owned by one of the fastest rising entrepreneurs in Nigeria, Chairman, and CEO of GSS Group, Chukwudi Ezenwa. GSS Security operates from Awka, the capital city of Anambra State.

GSS Security clocked two years a few months ago but one would think it has been existing for the past 10 years. This boils down to the fact that virtually all establishments, companies, organizations, hotels, schools, churches in Anambra State and beyond have entrusted their security to the hands of the GSS Security.
That the GSS Security has been able to stand tall in just two year is a testament to the visionary and creative ingenuity of Ezenwa.

ChukyGSS, as he is fondly called by friends and admirers, is a 28- year-old serial entrepreneur. He was born in Port
Harcourt, Rivers State but hails from Achina, Aguata Local Government Council Area, Anambra State. Chuky, a master of his craft, is known to always succeed as anything he touches turns to gold. The Nnamdi Azikiwe University trained architect is not just an idea bearer but one who attaches premium to professionalism, research, creativity, and smart work in his dealings.

In a recent interview, Ezenwa revealed that he had in 2013 started a security outfit in the Federal Capital Territory, Abuja, but it crumbled within months of its establishment. According to him, he was devastated but as one who never gives up on his dreams and aspirations, he went back to the drawing board. He veered into some other ventures, which are subsidiaries in the GSS Group. These include GSS Construction, GSS Real Estate and Investment, and GSS Production.
Satisfied at the level of research, knowledge, and experience from the previous failure, Ezenwa launched the GSS Security in 2018 and the rest they say is history.

However, before GSS, many other private security outfits have flooded Anambra State and beyond. Many have been in existence for over five years. But this did not deter him, as he did not join the bandwagon but creatively adopted strategies and brought in innovation into the private security business. Today, GSS Security has become the talk of the town.

The GSS Security remains one of the biggest employers of labour in Anambra State and other South-Eastern states. It has always been the dream of the Chairman a to create a system where Nigerian youths will become gainfully employed. He is already living his dream by solving the problem of unemployment in society reducing the prevalence of crime which stems from joblessness. When youths are gainfully engaged, it reduces the chances of one embracing crime. This is a highly commendable feat.

As a solution-driven organization, the GSS Security, a subsidiary of the GSS Group, has brought succour to the security challenges and complementing the efforts of the armed forces.
With professionally trained staff, equipped with high-tech gadgets, the worries of insecurity, and crowd control, especially at events, GSS Security has you covered in.

Their services include event bouncers, private/estate security guards, VIP/airport escort security services, the supply of high-end security gadgets and CCTV installations, crowd control bodyguards, and others.
Without doubt, it is safe to say that Ezenwa is the new face of private security in Nigeria and with the rate of its growth in just two years, the future is bright for GSS Security.