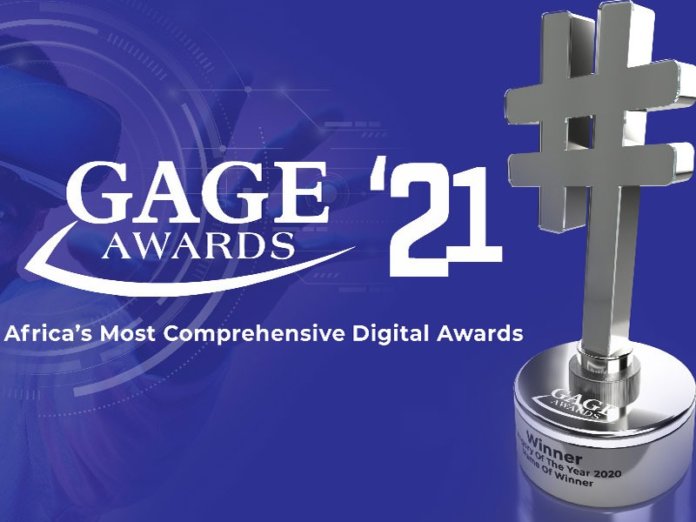 The GAGE Awards 2021 has finally opened its portal for voting for digital practitioners, including ARISE TV Online, that emerged from the 20 categories, and after two months of intense nominations, the final lists of nominees in the various categories have been released.

Announcing the commencement of voting, the Convener of the GAGE Awards, Mr. Johnson Anorh, disclosed that it was not an easy task pruning down over 15,000 nominations as Nigerians made their choice on who best served them in 2020, using the digital platforms.

“The numbers have been overwhelming as in less than 24 hours, as we have had over 1.4 million website visits,” he said.

Nominees for Online News Platform of the year, according to him, are ARISE TV Online; ChannelsTv Online; Opera News; Punch Online; BBC Pidgin, while Online Film/Video Documentary of the Year nominees include: Bayi by Dianne Russet; Fishbone by Anakle Films; CNN Documentary on #EndSARS, the Critics Company. The nominees for Online Campaign of the Year are *444# USSD campaign by Airtel; #ShotOnOppo by Oppo; #WearItForMe campaign by MTN, and Dettol Hand Wash Challenge.

The nominees for Content Creator of the Year (platform) are NdaniTv; RedTv; Accelerate Tv; NetFlix, and PulseTv, while the nominees for Webseries of the Year include: Shuga Naija; Skinny Girl in Transit; The Mens Club; Therapy, and Call to bar.

He said the nominees for Podcast of the Year are Pod Save Africa; Letter to boys; I said what I said; From Lagos with Love, and The Irregular show.

“However, the Online Influencer of the Year category has been divided into the voter’s choice namely: the audience selects their winner, while the GAGE Academy choice which would be determined by the GAGE Academy.

“Winners of the other 15 categories such as Website of the Year; Best Digital Financial Platform, among others will also be judged by the GAGE Academy based on pre-defined measuring indicators that are beyond the reach or knowledge of the generality of the public. The voting will be open till the March 15, 2021, when the winners emerge.