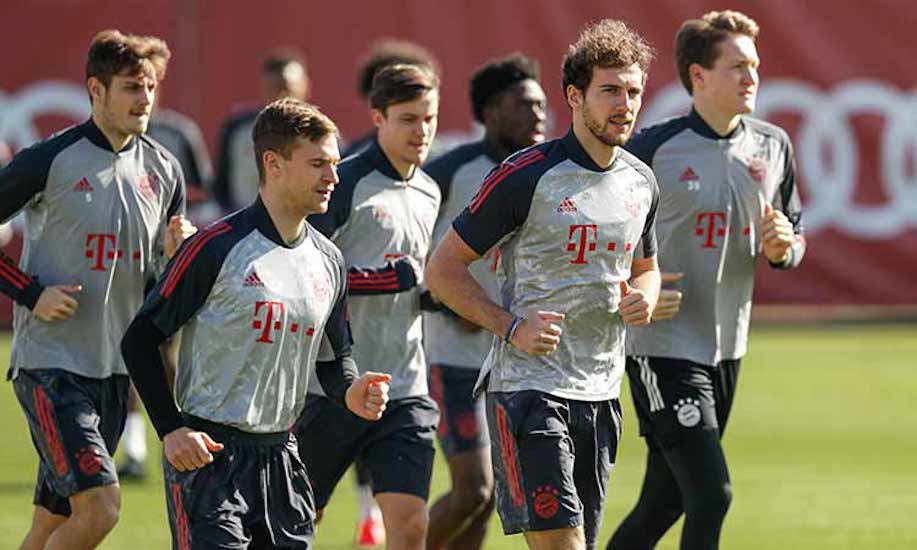 Lazio Coach, Simone Inzaghi, conceded that Bayern Munich are almost unplayable ahead of the two sides’ Champions League last 16 first leg in Rome tonight, but believes his wards are still capable of springing a surprise.

The holders travel to Italy having won six titles in the past nine months, while progressing to the knockout phase of this season’s competition after amassing 16 points from a possible 18 in the group stage.

However, Inzaghi believed his side can cause an upset.

“We know that they are almost unplayable, but even in the past we started underdogs and then surprised everyone,” Inzaghi told a news conference.

“We are mature, we have played many finals in addition to the quarterfinals of the Europa League. We will try to do our best as we always have.

“The lack of Champions League experience? I think we can cope with it. Matches like the one Tuesday night are why we love football so much,” stressed Inzaghi.

One ray of hope for Inzaghi has been Bayern’s form since returning from their Club World Cup success in Qatar earlier this month.

While Lazio have won seven of their last eight Serie A games, Bayern drew against Arminia Bielefeld and lost to Eintracht Frankfurt in their past two Bundesliga matches.

“Bayern have just become world champions, but in the last two league games they have had a draw and a defeat,” the Italian coach added. “Previously, though, they had won six in a row.

“More than Bayern’s weaknesses, I’m working on Lazio’s strengths. We want to cling to the qualification in any way we can.”

But Bayern are not unaware of the problem in the team’s defence that has resulted in the poor results in the Bundesliga.

Over the weekend, Chairman Karl-Heinz Rummenigge took a swipe at the team’s poor form.

“We sometimes only put in the effort over the last few metres,” he added after Bayern had found themselves 2-0 down against both Frankfurt and Bielefeld.

“That (dropping five points) is unusual for FC Bayern and not what we had in mind.”

The strength in depth of Bayern’s bumper squad has been severely tested since their Qatar sojourn.

Defender Benjamin Pavard and Thomas Mueller have been sidelined after testing positive for Covid-19.

Midfielder Corentin Tolisso is expected to be out for months after surgery on an injured thigh, while winger Serge Gnabry is struggling to recover in time to face Lazio after also suffering a thigh problem.

Mueller’s understudy Eric Maxim Choupo-Moting has struggled to provide Robert Lewandowski with the sort of service Bayern’s top-scorer is used to.

But Bayern Coach, Hansi Flick defended his wards, insisting that they have been stretched by too many game.

“We have had a few turbulent days, you must not forget that,” stressed Flick.

Bayern are struggling to cope with their condensed fixture list, having played 12 matches already in 2021.

“The whole season is exhausting,” Rummenigge admitted. “The team plays every third day and, of course, the players are stressed.”