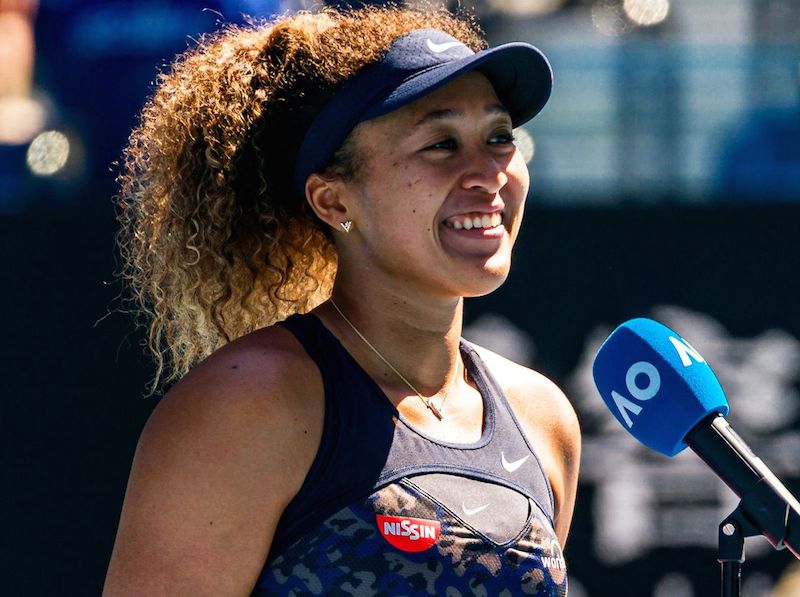 AUSTRALIAN OPEN
Naomi Osaka, 23, is bidding to maintain her 100 per cent record in Grand Slam finals as she chases a second Australian Open crown; Jennifer Brady is appearing in her maiden Slam final, just months after losing to Osaka in the US Open semis.
Naomi Osaka continues her bid for a fourth Grand Slam title when she takes on American Jennifer Brady in the Australian Open women’s final in Melbourne this morning.

The Japanese star punished an error-strewn display from Williams to prevail 6-3 6-4, ending the 39-year-old’s quest for a record-equalling 24th Grand Slam singles title. Osaka has been in imperious form throughout the last fortnight, surrendering the solitary set en route to the final, surviving two match points against two-time major champion Garbine Muguruza in the last 16.

Brady enjoyed serene progress to the quarter-finals, registering four consecutive straight-sets wins before recovering from a set down to defeat her compatriot Jessica Pegula.

This saw the 25-year-old seal her spot in a second successive Grand Slam semi-final, where she came through a gruelling three-set battle against Ashleigh Barty’s conqueror Karolina Muchova. Osaka has prevailed in two of the pair’s three meetings, but their most recent showdown proved to be defining for both players.

They locked horns in the semi-finals of last year’s US Open, as Osaka came through a pulsating three-set battle, before defeating Victoria Azarenka to capture her third Grand Slam crown.

The 2019 Australian Open champion has never failed to lift a Grand Slam tournament when progressing to the quarter-finals – a record she’ll be desperate to maintain in Melbourne.
Despite suffering defeat, Brady described that memorable Flushing Meadows semi-final as one of the greatest matches of her career, and it marked her major breakthrough.

She has reaffirmed that her US Open exploits were no accident courtesy of a string of dominant performances down under, and now she’s one win away from fulfilling her Grand Slam dreams.

“I have this mentality that people don’t remember the runners-up. You might, but the winner’s name is the one that’s engraved. I think I fight the hardest in the finals. I think that’s where you sort of set yourself apart.

“As of right now, I feel like I’m chasing records that can’t be broken no matter how hard I try. I think it’s the human trait of not being satisfied.”