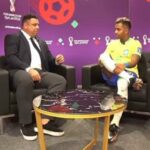 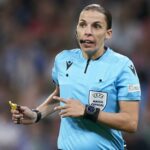 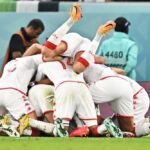 The timely intervention of the Ogun State Government to reduce tension between farmers and herders in some parts of Ogun West is a turning point in the search for lasting truce. The step has elicited excitement and accolades. The deployment of conflict resolution mechanisms geared towards thawing the frosty relationship between the feuding parties has offered hope of a better deal. In the last one week, there have been gory tales of wanton attacks in some parts of Ketu-speaking communities (Ogun West) that share borders with the Republic of Benin. To a large extent, the events have left a sour taste in the mouths of many.

Within a week, entire communities, namely Eggua, Iselu, Orile-Igbooro, Ijaka, Agbon-Ojodu, Igan-Alade, Asa, Ohunbe, Ibaayun, Ibeku, Oja Odan and other adjoining villages (all in Yewa North Local Government Area) and Imeko, in Imeko-Afon Local Government Area, came under scathing attacks by killer Fulani herdsmen who laid a siege to the communities and unleashed mayhem. In the ensuing melee, no fewer than 12 persons lost their lives, while several houses were torched by the rampaging assailants.

But when it became apparent that the situation remained unabated despite several dispute resolution mechanisms earlier put in place, and without hope in sight, the Governor, Prince Dapo Abiodun, was left with no other option but to personally carry out an on-the-spot assessment tour of the trouble spots on Monday, February 15, 2021. On the entourage were the Ogun State Commissioner of Police, Mr Edward Ajogun; the State Director, Department of State Service (DSS), Mr David Tuska; Commander, 35 Artillery Brigade of the Nigerian Army, Alamala, Abeokuta, Brig-Gen Joseph Amadasun, and other heads of paramilitary agencies. Also with the governor were the Olu of Ilaro and Paramount Ruler of Yewaland, Oba Kehinde Olugbenle; the Eselu of Iselu, Oba Ebenezer Akinyemi, and other top government functionaries.

The governor, who shared the pains of the victims, promised adequate security of lives and property and compensation for the victims of the attacks. He sued for restraint, peace, patience and caution in the face of provocation. While denouncing violence in any form, he noted that the state had been a haven to people from other ethnic nationalities and foreigners for ages. He condemned the activities of some bad elements, who he said had come to stoke violence and sow seeds of discord among the citizens of the state.

To stave off renewed attacks, Abiodun quickly set up a Special Joint Security Task Force comprising soldiers, police, civil defence and local hunters to mount a permanent base in the affected Ketu-speaking communities. He also saw to the procurement of operational vehicles for their use. Certainly, Abiodun was conscious of the ill-wind that the attacks would have blown if the situation had not been swiftly nipped in the bud. In some quarters, the attacks had taken on political undertones, as traducers sought to downplay Abiodun’s efforts. This was a litmus test for the governor and he has passed. In the pursuit of representative, inclusive, responsive and responsible governance, Abiodun demonstrated unwavering commitment. He expressed his belief in the engagement of stakeholders to find lasting solution to the farmers/herders clashes.

At a well organised and elaborate event tagged “Ogun State Government Stakeholders Parley on Farmers/Herders Conflict”, held on Tuesday, February 16, 2021, at Oba’s Complex, Governor’s Office, Okemosan, Abeokuta, and attended by the governors of Ondo, Niger, Kebbi, Zamfara and Kano states, traditional rulers, religious leaders, youth organisations’ representatives and other stakeholders, the Ogun State helmsman noted with displeasure, the attacks on the host communities by some foreigners who sneaked in at night, wreaked havoc and retreated after their evil acts.

Abiodun averred: “In whatever form, colour or ethnic group, a criminal is a criminal. We condemn all forms of crimes and criminality, regardless of the ethnicity of the perpetrators. It has become worrisome that the people who had co-existed peacefully for ages are suddenly at each other’s throat on account of sources of livelihood. From time immemorial, farmers and herders have peacefully co-habited. They have continued to find joint solutions to their mutual challenges, occasional frictions and misunderstandings and have sorted these differences, amicably. However, these misapprehensions took a violent dimension in the last couple of weeks. We have had cases of arson, maiming and killings in extreme instances.

“The question is: what could have turned issues that hitherto had easy and workable templates for resolutions to suddenly become seemingly intractable? And more worrisome is that it is taking an ethnic colouration. These are some of the questions we must find answers to, at this parley. We must not only find solutions, but we must also come up with more practical recommendations towards finding lasting solutions. As an administration, we have not folded our arms. Even before now, we have always been methodical, inclusive, responsible and responsive in our approach to governance.”

By and large, he reinforced the commitment and resolve of the administration to finding lasting solutions to the crisis. He set up a fact-finding team comprising the Special Adviser to the Governor on Security, Mr. Sola Subair (retd AIG), two commissioners, the heads of security agencies in the state and local stakeholders, including traditional rulers, lawmakers from the affected areas, youth representatives, opinion holders, religious leaders amongst others. He also ensured the deployment of a special security task force.

The governor, however, advocated peaceful co-existence among farmers, cattle owners, herders, local community leaders, security agents and other stakeholders, harping on the need for collective actions in a bid to rid the state of the unwholesome activities of criminals.

In his welcome address, Secretary to the State Government (SSG), Mr Tokunbo Talabi, stated that the parley was aimed at fostering peace, growth and development of Ogun State. According to him, the recent clashes in Yewaland had become worrisome, having taken on an ethnic dimension. “This administration is poised to continue promoting peaceful co-existence. We need to continue to respect and listen to each other and open lines of communication, because in unity lies our strength. We have taken into consideration the recent security challenges in the country which have impeded our socio-economic growth and development,” he said.

Nonetheless, various discussants at the event laid the blame of the recent attacks on the doorsteps of foreign Fulani pastoralists whose identities could be tracked based on the languages that they speak whenever they are accosted. Ogun State Chairman, Farmers Association of Nigeria, Prince Olusegun Dasaolu, commended the Dapo Abiodun administration for the enthronement of an enabling environment for farmers to thrive in the state. He recalled the days of yore when farmers and herders had lived peacefully in the state, devoid of any act of provocation.

To prevent the repeat of future attacks, Dasaolu suggested the opening of official registers for the enumeration and profiling of herders in the state. Also, the duo of the National Secretary, Miyetti Allah Cattle Breeders Association of Nigeria (MACBAN), Alhaji Baba Othman Nguzarma, and the Seriki Fulani of Ogun State, Alhaji Mohammed Kabiru Laban, sued for peace.

Also, in their separate contributions, the Onimeko of Imeko, Oba Benjamin Olanite, and the Baale of Orile-Igbooro, Chief Bidemi Akorede, raised the alarm over the illegal importation of sophisticated arms and ammunition into Yewaland through the Ketu-speaking communities sharing porous borders with the Republic of Benin. They alleged that the influx of the foreign Fulani herders without checks at the country’s borders had exposed members of their communities to threats.
The Onimeko reiterated that farmers who are predominantly peasants in the area had suffered huge losses, which might not be recoverable in the next three years, except they got help from the government. He observed that forest reserves in Imeko had become habitations for criminals and urged the government to put into use the 600-square-metre reserve to avoid further abuse.

“There is now a lot of infiltration of some people; we don’t understand their language. They have been coming with a lot of sophisticated weapons, such as AK-47 rifles, General Purpose Machine Guns (GPMGs) and ammunition. Recently, they slaughtered a man and when we called his cell phone number, the people who talked to us were Fulani: they said the owner of the phone had gone to Al-Qiyana (heaven). We can no longer sleep with our two eyes closed now. These people have bombarded Yewaland with machine guns.”

Besides, the Olu of Ilaro and Paramount Ruler of Yewaland, Oba Kehinde Olugbenle, cautioned the National Secretary of the MACBAN, Nguzarma, to guard his utterances on the pages of newspapers, in a bid to stave off further crises. He said: “What you have said here today has been different from your utterances on the pages of newspapers. Please, tell your people to desist from threatening others, especially on issues involving your people and other people because an injury to one is an injury to all.”

Meanwhile, the governors of Kano, Niger and Zamfara states advocated for a total ban on open grazing. According to them, the trend had become archaic. They, therefore, called on the federal government to invest in mechanised grazing as the only antidote to frequent clashes between farmers and herders in the country. Besides, Bello noted that the situation in the country is dire, urging the federal government to be bold and strong, and to take drastic measures.
In his own address, the Ondo State Governor and Chairman, South-West Governors Forum, Arakunrin Rotimi Akeredolu, restated that the forum would not allow foreigners to occupy their forest reserves illegally to perpetrate crimes and breed insurgency in the Southwest region.
––Gabriel wrote from Abeokuta, Ogun State