Fulham: A New Castle for Nigerians 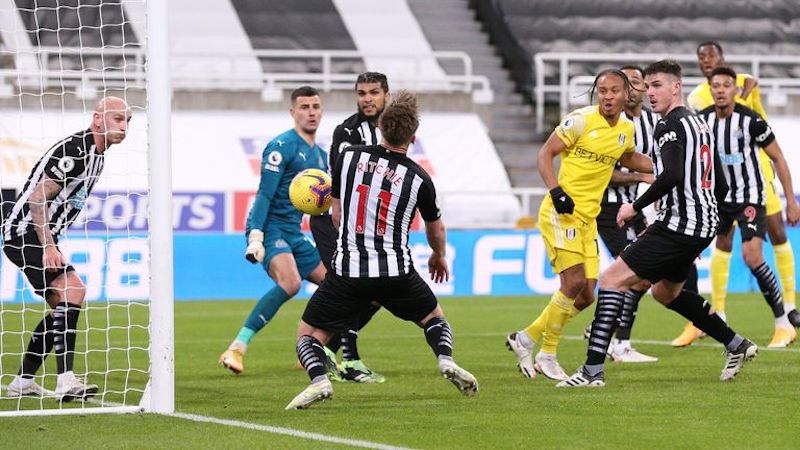 Aside from Arsenal under Arsene Wenger that paraded a number of French players, no players of the same nationality have dominated a club in recent times the way Nigerian players have dominated English Premier League side, Fulham. With Tosin Adarabioyo, Ola Aina, Ademola Lookman and summer signing Josh Maja at the London club, the Craven Cottage seems to be the new haven for Nigerian players

When former Nigerian international, Dickson Etuhu was making hay at the Craven Cottage, where he made 91 appearances for between 2008 and 2012, little did anyone know that it was just the beginning of Nigerian dominance at the London club.
Nine years down the line, four Nigerians- Tosin Adarabioyo, Ola Aina, Ademola Lookman and Josh Maja are leading the battle to get the Cottagers out of relegation.

Before Fulham played Chelsea in week 23 of the Premier League, they were on a six unbeaten run in all competitions.
Fulham boss named three players of Nigerian descent; Tosin Adarabioyo, Ademola Lookman and Ola Aina in his starting lineup, while Josh maja was brought in with 11 minutes remaining.

However, the four Nigerians were on parade from the start and they combined well to inflict a 2-0 defeat on Everton at Goodison Park, their first victory against the Merseysiders in 23 games.
On Wednesday, Aina shot Fulham into the lead against Burnley before the Clarets equalised as the Cottagers settled for just a point.

Maja came close to netting the winning goal but Nick Pope gathered his goal bound effort and he was again denied by the Burnley shot-stopper in the 86th minute.

Twice, Lookman came close to making it 2-1 in the last five minutes, firstly a cross from Loftus-Cheek glanced off him and was smothered by goalkeeper Pickford, before seeing his curling shot from a tight angle go wide.
Manager Scott Parker was happy to take a point from the game against the Clarets but noted that they could have nicked a win if Lookman and Maja converted their chances in the second half.

Speaking to Sky Sports shortly after the game, Parker stated: “We take a point, we didn’t get beat here and we had some big chances at the end. Lookman, Josh had a couple of decent chances but didn’t go in so we regroup now.
“Like I said, that’s four points so far this week coming to a tough place and we go again now on Saturday again which is another tough game.”

Fulham are next in action when they host fellow relegation candidates Sheffield United at Craven Cottage.”
Ola Aina joined Fulham in the summer on a season-long loan from Torino with an option to sign the 23-year-old permanent.
After finalising his move, Aina told FFCtv: “I feel very excited and privileged to be able to play for a Club like this.
“It feels amazing to be back closer to my family, back in the capital where I was born and raised.

“There’s a great bunch of lads here. I’m really good friends with Big Hec and Josh Onomah.
“I feel very comfortable on either foot, I can fill in wherever needs be. I’d say I’m pretty quick and I like to attack, but I also like to help the team and do the dirty work as much as I can.”

Born in London but now a full Nigerian international, Aina has primarily operated at right-back throughout his career, but his versatility means he can also fill in capably across the defence or further forward.
On his part, Ademola Lookman joined Fulham on loan from RB Leipzig.
A 22-year-old forward who is comfortable operating anywhere along the frontline, Lookman will remain at Craven Cottage for the duration of the 2020/21 season.

He said: “I’m glad to have it over the line and done now. I’m glad I can be here to help the team.
“After the conversations I had with Scott Parker, I got a great feeling, that’s the working relationship I want to have. He’s young and hungry and I’m young and hungry as well so it’s a good match.”
Born and raised in London, Lookman was spotted by Charlton Athletic while playing for local side Waterloo, and joined the Addicks in 2014.

Such was his progress, he made his first team debut a year later, just two weeks after his 17th birthday, and never looked back.
Having scored 12 times in little over a year for Charlton, the Premier League beckoned for Lookman, with Everton agreeing a deal worth up to £11m for his services in January 2017.
He immediately endeared himself to the Goodison Park faithful with a fine debut goal a matter of minutes after coming off the bench, as Manchester City were comprehensively beaten 4-0 by the Toffees.

Tosin Adarabioyo is the third English-born player of Nigerian descent to join the Cottagers in the summer transfer window after Ola Aina and Ademola Lookman who have been loaned in from Torino and RB Leipzig respectively.
The central defender inked a three-year deal with Fulham, with the club holding the option to extend for a further year.
In his first words as a Fulham player, Adarabioyo said: “I’m very excited, very excited to get going and finally be playing Premier League football.

“I felt like the time was right to leave Manchester City and push on. It was the right time in my career to move on and hopefully get a lot of Premier League games.”
The 23-year-old Adarabioyo departs Manchester City after making eight appearances in all competitions and took in loan spells at West Brom and Blackburn Rovers during his time at the Etihad Stadium.

Josh Maja is the last of the quartet to join the Cottagers having signed from Bordeaux on loan with an option to buy.
The 22-year-old Nigerian international has joined the Cottagers on a temporary basis until the summer, with the option to make the deal permanent for £9m.
Maja said he is “excited and proud” to return to Fulham, seven years after leaving the club’s academy to join Manchester City’s youth set-up.

“This is a big opportunity and I look forward to meeting up with the team and working hard to achieve positive results,” he told the club’s website.
Fulham boss Scott Parker had been vocal about his desire to bring in a striker on deadline day to provide more firepower and cover for Aleksandar Mitrovic.
“I think we need that in that area because we’re light in numbers,” Parker said.
How well the quartet can combine to save Fulham from relegation remains to be seen.