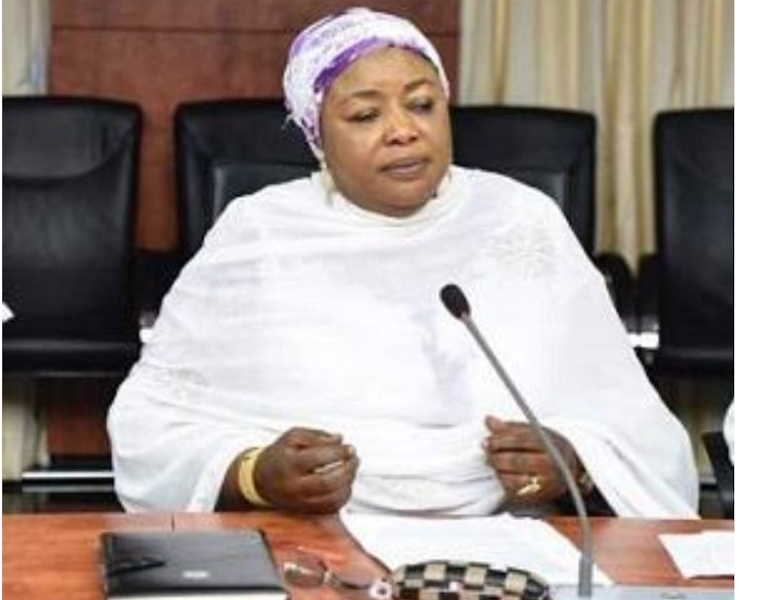 I saw a disturbing picture of a well-dressed lady on social media, standing on one of the streets of Maitama, Abuja, literally pleading to Nigerians to rescue her from acute joblessness. An obvious frustrated young woman, who happens to be a graduate in International Relations, pinned the placard on her chest with boldly writing inscription: “I need a job”. This is the height of desperation and despondency in the country. That picture has been trending on social media since; making her the new symbol of frustration and despondency amongst young Nigerians looking for jobs for years, albeit without results.

Unfortunately, less than a year after it was constituted, the present Federal Character Commission (FCC), is already teetering on the brink of moral collapse, as a result of myriad of allegations of corruption, brazen impunity, and executive recklessness allegedly bedeviling the Commission’s leadership. The details of the rut is not even coming from some nosy or busy-body journalists. They are being served the public by members of the Commission themselves.

Nigerians were shocked a few weeks ago when over twenty Commissioners of the Commission wrote a strong-worded petition against its executive Chairman, Muheeba Farida Dankaka, detailing alleged gross incompetence, abuse of office and sheer malfeasance, bordering on job racketeering, lopsided recruitment, extra-budgetary spending and indiscriminate grant of recruitment waivers to Ministries Departments and Agencies (MDAs) in total breach of the Act establishing the Commission. But the Commission has denied all the allegations.

The FCC was established to ensure equitable distribution of job opportunities and infrastructural facilities across the length and breath of the country. These are two core mandates of the Commission, according to the Act that birthed it. Every other responsibility as stipulated in the Act can be deemed secondary. The essence of the Commission is to ensure that no state of the federation is sidelined in the scheme of recruitments, project distribution, etcetera. The Commission has the power to sanction any MDA that violates these provisions.

What happens when the Chairman of the Commission is alleged to be brazenly abusing the core mandate establishing the Commission? It is a case of an arbiter that is entrusted with the constitutional responsibility to supervise other MDAs, now entrapped in a war of attrition with majority of Commissioners as a result of gross leadership failure and insufferable misconduct? Even the dog, a renowned bone-eater does not eat one hung around its neck, thus entrusted to it.

When any of the MDAs goes against federal character in its dealings, it is the job of FCC to call the agency to order. What becomes of the integrity and reputation of the Commission when its leadership has been scandalized in the media as enabling impunity and executive rascality as regards federal character principles? If the foundation of justice be destroyed, what then shall the righteous do, the Holy Scriptures ask.

This injustice must not be allowed to stand. Otherwise, the whole aim of the Commission would have been defeated. Water is used to wash out dirt, but when water gets polluted, it loses its ability to salvage others. If the salt loses its saltines, the Scriptures says; it is of no use again and is only befitting of the dustbin. This is the sorry state the Commission got pigeonholed in because of one person’s alleged parochialism and incompetence.

The growing pains of mass unemployment in the land and scorching frustrations among the youth are enough embarrassment for us as a nation. But for the Chairman of the FCC—an institution that is charged with the responsibility of ensuring the even distribution of the available job opportunities to Nigerians to be caught in the eye of a whirlwind of corruption allegations; some of them bordering on job racketeering and black market recruitment, is dumbfounding.

The fog of doubt, haze of mistrust and ambience of bad blood have taken over the Commission. This is ensuing when frustrated Nigerian graduates have become dangerously and pathetically desperate to beg for jobs on the road, like street urchins begging for alms. What a pity!
Just imagine the trauma millions of Nigerian-job-seeking graduates are going through reading these allegations of job racketeering and lopsided recruitment against Muheeba Dankaka. I can read the line of thoughts that raced through their agitated minds: “Jobs meant for us are being sold to the highest bidder”, “E no go beta for una”. This is the kind of ignominious stories that enrage Nigerian youths to the point of hitting the streets in mass protests reminiscent of #ENDSARS protests.

Many Nigerians like me would not have picked interest in this story if these mind-boggling allegations were raised by one or two commissioners of the Commission. I would have dismissed them as “aggrieved” or “disgruntled” commissioners. But a situation where over twenty (20) Commissioners, out of Thirty-seven, rose in one voice against their Chairman, less than one year after they were sworn-in, naturally raises genuine concern among Nigerians. It gives calls for urgent intervention to arrest whatever impunity and venality that must have been taken to stratospheric level under the watch of the current leadership of the Commission.

The Commissioners’ squabble with the Chairman is not good for the Commission and Nigeria. When two elephants are fighting at FCC, Nigerian job seekers and responsibilities of the Commission will continue to suffer.
National Assembly, especially Senate, has started probing these weighty allegations against the head of the Commission. But while it is a good step in the right direction, the FCC under the supervision of Muheeba Dankaka, has become morally wounded and organizationally disoriented to continue to function effectively in carrying out its constitutional responsibility. Some piqued Nigerians, who are not happy with the unpalatable stories from the organization, are of the school of thought that the embattled chairman should be excused from the office while the investigation lasts.
The Commission as at today, is not only hopscotching and fiddling but has lost direction, as a result of internal crisis ignited by lack of patriotic cum pragmatic leadership.

Therefore, beyond the Senate’s efforts, the onus is on President Buhari to act decisively in order to rescue the Commission before it loses what still remains of its credibility. The interest of an individual (Chairman) cannot override that of twenty commissioners—representing different States of the federation, especially when national interest bordering on equity, justice and unity, is at stake.

By the way, Muheeba Farida Dankaka should not have been appointed Chairman in the first place, having come from Kwara State in North Central because the Secretary of the Commission is from Taraba State in North East.
It is crass abnormality and gross violation of section 4 of the Act establishing the Commission, to have both the Chairman and secretary of the Commission coming from northern part of the country. During previous administrations, the two positions were usually shared between the north and the south in line with section 4 of the Act. Muheeba Farida Dankaka’s appointment should not have been confirmed by the senate—in the first place, if the lawmakers had allowed themselves to be guided by the Act made by the National Assembly and the Federal Character Principles enshrined in the 1999 Constitution.

I guess, this is where the foundation of the alleged impunity, sheer recklessness and body language that bespeaks arrogance that now pervades the Commission under the current Chairman was laid. What else could have given her the temerity to be calling the bluffs of other Commissioners in the day-to-day operations of the organization? Impunity begets impunity!
In addition, maybe she believes that nothing could happen to her since she hails from the same State as the President Buhari’s Chief of Staff, Ibrahim Gambari.

Whatever is the case, the mandate of the FCC is to protect the interest of every State in Nigeria as regards job opportunities and project spread. And no individual – no matter how highly placed – can be bigger than the institution and its mandate.
––Nwuko writes from Abuja.