Rotary Club  to Tackle Open Defecation in Lagos 41 mins ago 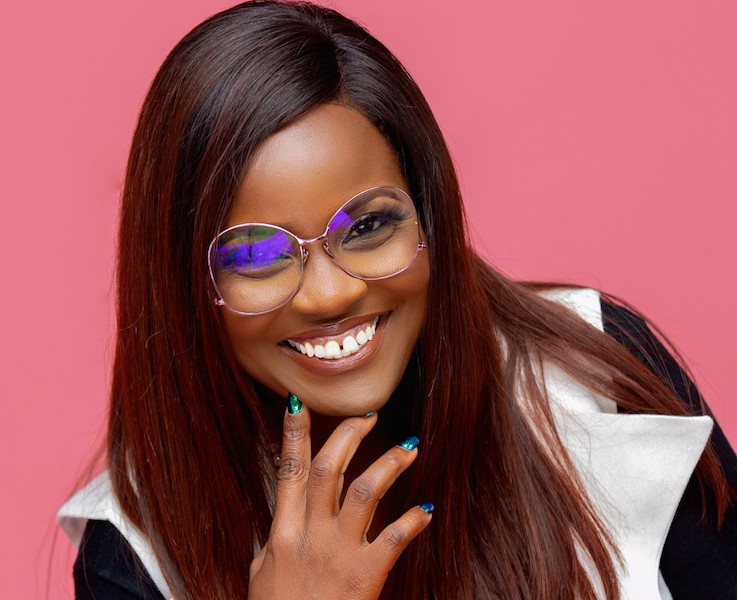 Mrs. Abiola Laseinde is an entrepreneur with a silent portfolio as the CEO, Edniesal Consulting Limited. She is currently making waves with Nigeria’s first Chief Information Officer award, honouring the unique but rarely recognised IT personnel in Nigeria. She tells REBECCA EJIFOMA how CIO awards became a reality within few months, and the urgency to develop full grown African IT

When Abiola Laseinde was growing up as a young girl, she had many dreams. One of her dreams was that if she remained focused, tenacious, and resilient she would break and create new records globally. So, after completing Law School, her career got off the ground as the Company Deputy Secretary for West Africa at Cadbury Plc; then in PZ, as the Company Secretary, Corporate Services Director, before her voluntary retirement in December 2019.

Laseinde responded to questions in politely assertive tone right at her Ikeja office where her massive shelf was adorned with voluminous books and plaques well displayed behind her seat. She explained how in March 2020 – the month of COVID-19 appearance in Nigeria – it dawned on her that the Chief Information Officer (CIO) award is her one unique quest on earth.

Interestingly, the maiden CIO awards, with over 300 entries, honoured successful and outstanding senior IT experts that have achieved milestones in the course of delivering their roles, especially during the heat of the lockdown across the country. The Edniesal boss believes that CIOs have set a benchmark of hard work and have transformed sectors globally.

“Edniesal Consulting Limited is an enterprise governance firm helping our clients interpret their business objectives, products and services a lot better within a tight and favourable governance context.

“While we were busy minding our business doing this enterprise governance work, we were inspired to organise Nigeria’s first CIO Award. It came to us as an unusual inspiration in March 2020 during the lockdown,” she said.

The CIO boss soon came to terms with the fact that although COVID kept everyone at home, there are certain people who have made it possible for us to continue our work seamlessly. She said: “These are the senior executives of our companies, that is the IT executives.”

And for the first time in the history of Nigeria, IT executives were celebrated in the maiden edition of the CIO award 2020 despite the lockdown. In her words: “The CIO award is all over the world, in fact, in the US, we just got to know when we started ours that almost every state organises its own CIO awards where the senior chief digital officers, the chief technology officers, the CIOs, and the senior IT managers are celebrated and it goes really big.”

Reflecting, the CEO was more impressed by the emulative dedication of her team. “We were blessed to have a fantastic team of stakeholders who believed in that vision. We got partners from PWC, Ernst and Young, Dell, Microsoft, Access Bank. In less than five months we organised this award. The process started in June while the company was established in March 2020.”

Truly, at first, the lawyer and her team were oblivious of CIO awards done in other clans. “Initially”, she recalled, “the idea was just to organise an IT award, which fits into what we do. As I said in the beginning, we are an enterprise governance firm, consulting with our clients and interpreting their business objectives. Edniesal has an ultimate vision to showcase the excellence behind IT innovation as a country as well as Africa.”

Laseinde, 45, grew up in Lagos State with her mother and five siblings. According to her, her mother instilled the value of independence, critical thinking, and survival in her right from a tender age. This is evidenced in her track records from Lagos for to Benin, Edo State to study Law in Ekpoma in Edo State and her position as the CEO of Edniesal.

“Although my mum is late now, I had a terrible background. While I was in school, I was trading, selling, cooking, doing okrika (fairly used clothes), and studying law. It was tough. I used to hate my mom, like ‘when will this woman let me rest’, but we had to fend. Yes, I loved school from day one. My mum didn’t go to school, but she appreciated the fact that her children wanted to go to school.

“She would say this your expensive course you have to work for it; ‘Either you drop out now and work for two years,’ I would say God forbid. What about all the people I’m competing with? If I’m not first, I’ll be second,” she chuckled. “You know childish thinking. I told my mum I would do anything and that is how I worked with my mum to go to office as a child”.

From that moment, everything Laseinde saw was a business opportunity. “I sold even matches (she giggled). I’m an extremely busy person; it’s just something I can’t help. Everywhere I am, even when I’m abroad I’m thinking of what to bring back to sell; it is just in me. And during lockdown my kids were selling meat pie around my area. They grumbled, but I ensured they did.”

Indeed, her mum’s discipline has impacted her life for good. As she continues to work her fingers to bones, she listed, “I was the Secretary General Council for PZ up till December when I retired. I wanted to focus on SMEs; I wanted to help them with enterprise governance. I didn’t know COVID was going to happen, but in an enterprise the last thing you would want to do is put governance structure because you think it is expensive.”

Laseinde is passionate about SMEs, too. “That is what I have done all my life, and I felt like why don’t I go and serve these guys (SMEs) that think that having a little board is expensive, tell them things like you can put up a board you don’t have to pay board members but you leverage their resources?”

Although Laseinde was enviably the Secretary Director for PZ, she adds, “My eyes were just on the calling. So, I bailed out in December after giving them the notice on what I want to do and I want to enjoy myself. Then training them that was what I set up Edniesal for, train them to say compliance is easy in Nigeria. I tell them, I have done it, you don’t have to give a bribe. Cadbury taught me that you can have a normal relationship with regulators”.

According to the lawyer, all she wanted to do was Edniesal, until God dropped CIO awards idea. “You should have been there at the awards ceremony; the winners were celebrated, and we have fantastic feedbacks.”

Interestingly, there were no monetary compensation, the award was solely a global recognition. “Because you can imagine some of the names I dropped; they are international organisations that are partnering us. So, they leverage that. The technical work that went into it was per excellence as Ernst and Young handled the technical aspect.”

Following this, the entrepreneur outlined some strategies for SMEs to employ just like Edniesal; “it is collaboration,” she chipped in, as she enthused how this technique worked for them in transiting seamlessly from just doing their mere day-to-day SME consulting job to being able to organise a first-of-its kind award in the country.

Truly, the CIO awards came through one man; it was executed through many. She continued, “If you look at CIO awards you would ask who really is the brain; you would find so many people. You would almost say where did these people come from because we allowed the project to take a life of its own. We were spreading our tentacles and people with good intentions came back with results and it just blossomed.” She harped on, “So we need SMEs to think about collaboration, blossom, embrace enterprise governance.”

After the technical framework, the organisers were said to narrow the 300 applicants to 120 then to about 80/70 and eventually the 20 winners across different industries.

Next Level for CIO

Laseinde is sure about the next level. “We are going to take IT innovation to Africa; we are launching the CIO club Africa. We launched it at the awards ceremony and now we are going to start the conversation and have the inaugural meeting, then take the conversation because “We need to develop full grown African IT”.

“The best talents in IT are here in Nigeria, Africa. The SMEs are taking over because of IT. They are faster and agile; they are able to do a lot more. IT is really the foundation and CIO awards is about developing African IT starting from the centre of everything Nigeria, so that is what this CIO awards is about,” she expressed passionately.

She also mentioned that the CIO awards is not just built around certain individuals; it is taking a life of its own. “It won’t always be there because we have launched the CIO Africa. We are already looking at going to Ghana CIO awards. It can be anywhere in Africa, and we have partners who trust us in the first edition till subsequent ones.”

In Laseinde’s views, CIO awards is a poll now for experts technocrats. She hinted on what should be done to encourage youth in IT, “The government should create a platform to let them express their ideas; buy what they are offering; recognise them for the value they are creating. Don’t just look at them as youths that are restless, the most successful fin techs in the world are Nigerians.”

Proudly, the CIO boss has done a number of certifications to her credit. She is a chartered secretary (qualified to act as a government official in Nigeria); Chartered Arbitrator; Member of NBA; served in International Federation of Women Lawyers (FIDA) as the PRO of Lagos State Chapter from 2014 to 2016; former chairman of Institute of Chartered Secretaries and Administrators of Nigeria (ICSAN) from 2015 to 2017; and Member of the Association of Sustainability Practitioners of Nigeria.

According to the industrious Laseinde, she is married to Mr. Adewale Laseinde, and blessed with two boys – David and Daniel. With ease, she combines home and work, and gets a perfect finishing. “I tend to organise my time and activities. Priority for family; priority for God, then I lean on my support system a lot; I love collaborating.”

Indeed, Laseinde is versatile, yet down to earth. She continues in her drive to see SMEs thrive while using the CIO awards to take IT experts to the next level in Nigeria, and Africa.