The three All Progressives Congress (APC) senators from Lagos State have appealed to President Muhammadu Buhari to name the Gwarinpa Estate in Abuja after a former governor of the state, Alhaji Lateef Kayode Jakande.

Jakande, who died on February 11 at 91, was reputed to have conceptualised the estate when he was minister of Works and Housing in the late General Sani Abacha regime.

The senators who raised a point of order 43, presented on their behalf by the senator representing Lagos West Senatorial District, Olamilekan Adeola, at yesterday plenary, stated that the late Jakande conceived the idea of constructing the estate, which is considered to be the biggest in West Africa.

Adeola described Jakande as a welfarist whose policies targeted the poor and the majority, saying the deceased was a humble gentleman with titanic achievements who deserves a national monument like having the Gwarimpa Estate renamed after him.

He added that the deceased shunned ostentatious lifestyle in and out of office and could not be accused of being corrupt.

He noted that it is on record that for all he built in terms of housing, he never allocated land or house to himself in Lagos State or in the Federal Capital Territory (FCT).

Jakande, he said, contributed to the development of Nigeria in terms of his many infrastructural legacies in Lagos State and the FCT.

”I raised this point of order to bring to the notice of this Senate the demise of a great man, an elder statesman, a true progressive and a nationalist in the person of the late Alhaji Lateef Kayode Jakande. Alhaji Jakande passed away in his Ilupeju home at the ripe age of 91 on February 11, 2021, and has since been buried according to Muslim rites.’

”There is no doubt that Lagos State and indeed Nigeria lost an illustrious son that contributed in great measure to the development of the society in his earthly sojourn. As the Unity Party of Nigeria (UPN) candidate, he ran for election as governor in Lagos State and won to become the first executive governor of Lagos State in the Second Republic,” he said.

Adeola said Jakande ran an effective administration that implemented the four cardinal policies of his party, targeting the poor.

Adeola noted that Jakande also constructed neighbourhood primary and secondary schools all over the state.

Under Jakande’s administration, Adeola said, primary schools increased from 605 to 812, while secondary schools more than doubled increasing from 105 to 223.

“He implemented his party’s free education policy to the fullest and brought the shift system to an end. To his credit is the establishment of Lagos State University.

”With the annulment of June 12 and military the takeover, Alhaji Jakande accepted to serve the nation in the capacity of Minister of Works under the late General Sanni Abacha military regime,” he stated.

According to him, to Jakande’s credit as minister is the largest housing estate in Africa, the Gwarimpa Housing Estate, which he conceptualised before he was changed as well as Lugbe Housing Estate in the FCT.

“I graciously request the Federal Government of Nigeria to immortalise him with a national monument like renaming the Gwarimpa Estate after him or anyway the federal government deemed fit,” he said.
The Senate thereafter observed one-minute silence in honour of Jakande 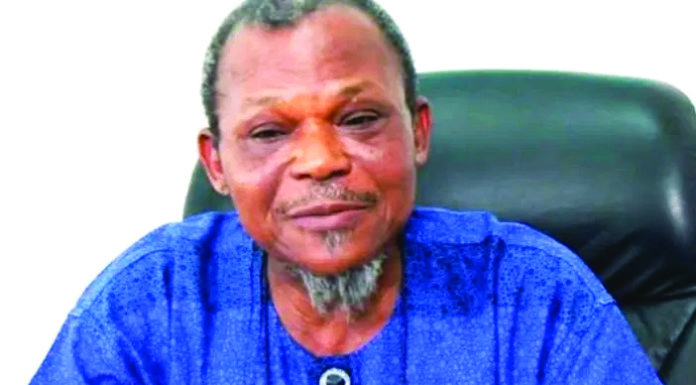