Babban Gona, a financially sustainable and social enterprise, has said it will empower smallholder farmers and lift not less than one million of them out of poverty by 2025.

The enterprise in a statement, said it recorded a bumper harvest of maize with yields more than double the national average.

“The continent of Africa harvests 29 million hectares, and as the largest producer, Nigeria produced 1.77 tons per hectare in 2020. However, the Babban Gona team has achieved an average of 3.84 metric tons/hectare, a massive development compared to the achievable value across Nigeria,” the statement further said.

The Managing Director, Babban Gona, Mr. Kola Masha, while commenting on the feat said, “Babban Gona is committed to lifting one million smallholder farmers out of poverty by 2025. Our cumulative smallholder members have grown to over 110,000.

“Babban Gona has helped these smallholder farmers to increase their yield and net income by two times the national average. Leveraging on Babban Gona’s proprietary crop assessment technology which analyzes optimal plant populations, assesses germination rates on-field and plant nutrient deficiency levels, and we are able to improve efficiency and productivity for each farmer. Today, we have grown to become one of the largest maize producers on the African continent cultivating over 80,000 acres of maize.”

Masha promised that the team would address the root cause of youth unemployment and violence by stimulating the economy’s growth as well as disrupting the rise in illegal migration.

Giving testimonies of his increased yields in maize production in the northern part of the country, Mr. Abubakar Haruna, a smallholder farmer from Kampa village in Kubau Local Government Area of Kaduna State, said before he joined Babban Gona, he barely got 10 bags of maize from his one-hectare farmland. He said after joining Babban Gona in the first year, he got 50 bags of maize from his one hectare farmland.

In the second year, he decided to cultivate two hectares of land, and during harvest, he got 102 bags of maize from his farm, a development, he said, changed his for the better since then.

“Some co-farmers living in my village who had already joined Babban Gona advised me to join Babban Gona, and I partnered with them. I got over a hundred bags of maize alone from two hectares of land and made huge profits. I currently farm a land size of 3.5 hectares compared to the one-hectare farmland I started within 2016, another smallholder farmer, Saidu Sani, said.

Babban Gona, which means ‘Great Farm’ in Hausa language, is an award-winning, high-impact, financially sustainable, and highly scalable social enterprise, partly owned by the farmers it serves. By developing and deploying advanced technology coupled with operational excellence, Babban Gona transforms agriculture into a job creation engine with its goal to create one million jobs for African youth by 2025, through maize farming. 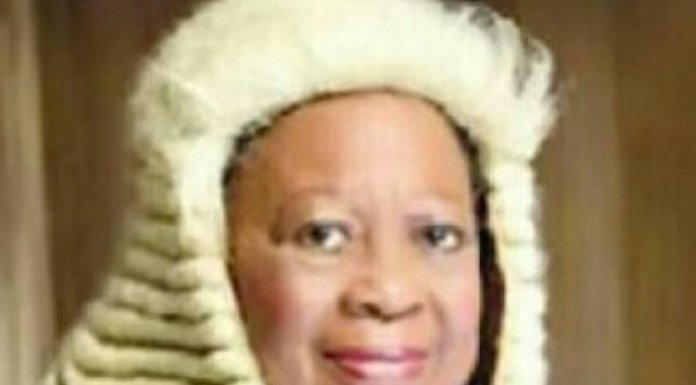 Amazons of the Nigerian Bar and Bench

MMA2 Gets New X-ray Machines, Others