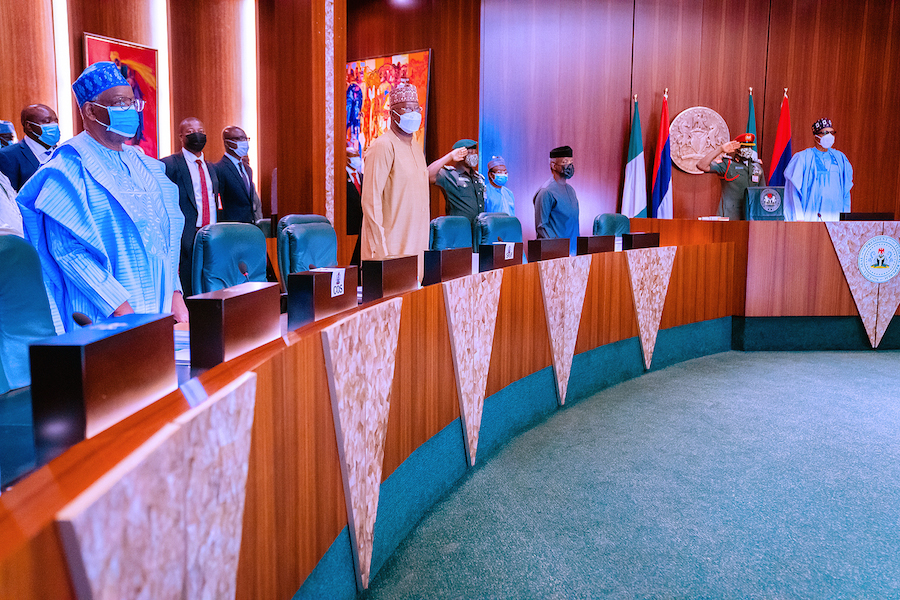 The Federal Executive Council (FEC) has observed a minute silence in honour of the former Minister of Works and Housing, Alhaji Lateef Jakande.

Secretary to the Government of the Federation (SGF), Mr Boss Mustapha, just before the commencement of the weekly virtual meeting on Wednesday, which was presided over by President Muhammadu Buhari, called on cabinet members to observe a minute silence in honour of the departed.

Jakande, a former governor of Lagos state, served in the Federal Executive Council between November 1993 and March 95 as Minister of Works and Housing under the administration of late General Sani Abacha.

The weekly FEC meeting had the Vice-President Yemi Osinbajo (SAN); Secretary to the Government of the Federation (SGF), Mr Boss Mustapha; six ministers and some senior aides of the President physically in attendance.

Head of Service of the Federation, Dr. Folasade Yemi-Esan, and other ministers are participating virtually from their various offices in Abuja.