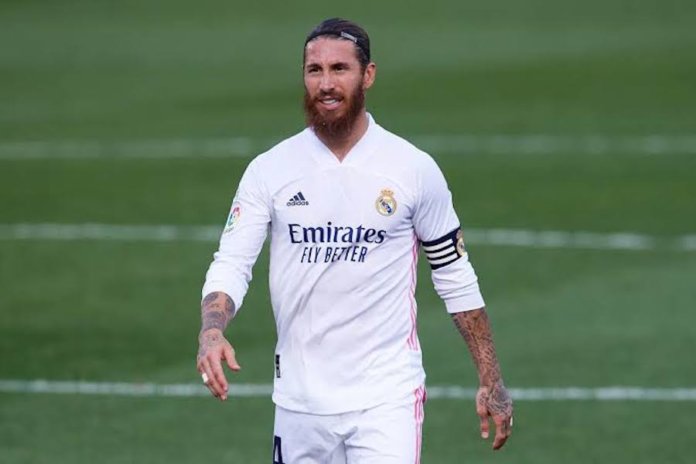 Sergio Ramos will leave Real Madrid when his contract expires at the end of June and there is ‘no way back for him’ at the LaLiga club , according to reports in Spain.

The Spanish defender has played more than 650 times and scored 100 goals for the LaLiga giants since moving to the Santiago Bernabeu in 2005.

But Ramos is struggling to agree a new contract at Real amid rumours of a move to Manchester United and PSG, with Spanish journalist Josep Pedrerol claiming it is difficult to see a positive resolution amid the ongoing row.

Pedrerol told El Chiringuito on Sunday: “Sergio Ramos is leaving Real Madrid. I don’t think there’s any possibility of him staying. There’s no way back.

“Real Madrid believe it’s a fact and believe that Ramos deserves to sign for whatever team he wants to earn one last big contract before finishing his career.

“In these circumstances, Real Madrid won’t offer him more money.”

According to Mundo Deportivo last week, Ramos rejected the two-year contract extension Real tabled with a 10 per cent salary reduction as a result of the Covid-19 pandemic.

Ramos also reportedly rejected a separate proposal for a one-year contract extension on his existing salary of £10.5million.

Manchester United and PSG are believed to be two of the clubs interested in bringing in Ramos for next season. The 34-year-old is currently out with a knee injury which could rule him out until April.

Pedrerol, meanwhile, claims the Spaniard is making a mistake by not agreeing to Real’s demands as he could be in line for a bigger contract later on in his career.

The journalist added: “It’s a shame and I think Ramos is making a mistake.

“Make an effort. Take 10 per cent less and sign for two years and then, if the financial situation improves, this can improve too.”

Ramos could be replaced in central defence by Bayern Munich defender David Alaba, who is also set to run down his contract at the German giants and leave for free.