The National Publicity Secretary of PANDEF, Hon. Ken Robinson, in a statement issued yesterday described the speculation as malicious falsehood aimed at causing confusion within its chairman board of trustees’ constituency.

“PANDEF was inundated with anxious calls, all evening of February 13, 2020, inquiring about the state of health of its National Leader and Chairman of the Board of Trustees, Chief Edwin Kiagbodo Clark. The anxiety of the inquirers has necessitated this release.

“PANDEF wishes to state, assuredly, that Chief E. K. Clark is his normal healthy and ebullient self. The information making the rounds on some social media platforms is a concocted, malicious falsehood, ostensibly intended to cause confusion within the Chief’s teeming, multi-dimensional constituencies,” he said.

The forum urged all friends and associates of the South-South Leader to disregard the ugly rumour, stating Clark is alive, hale and hearty.
“What is true, is that our leader, soon to be 94 years old, did test positive for COVID-19 but had since been confirmed negative by health officials, after 14 days of isolation in his Asokoro, Abuja, residence”.

The statement added that Clark, reacting to the perplexing story, last night, expressed his appreciation for the kindness of those calling from good hearts.

According to the statement, Clark also used this instance to also thank all those, within and outside the country, who had been calling, in the last three to four weeks, upon hearing of the outcome of his COVID-19 test and urged all to join him in thanking GOD for his dramatic deliverance from the scourge.

PANDEF also said it gave glory to God, for graciously blessing its leader with salubrious longevity, to continue to bestow his God-given wisdom and leadership acuity, still very much needed, not only in the Niger-Delta Region, or the Southern-Middle Belt Alliance, but also, the entire country, Nigeria.

PANDEF strongly implored operators and sponsors of online communication platforms, to maintain the highest professional standards, in their practice and endeavours, by authenticating their stories before hastening to publish, to avoid creating this kind of unwholesome and disconcerting situation. 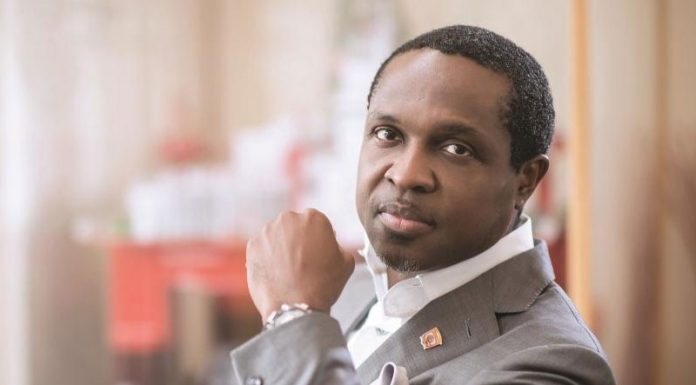