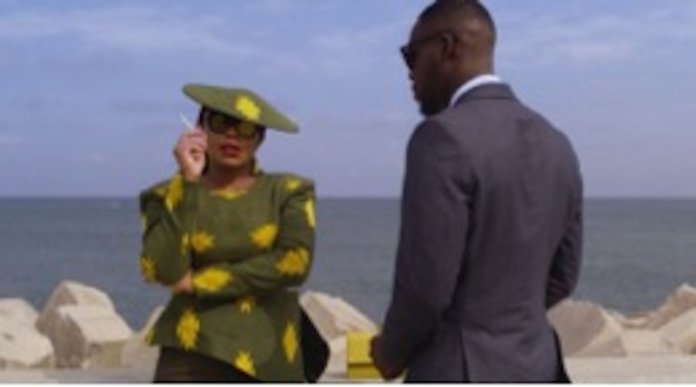 La Femme Anjola, the buzzy crime thriller from the stables of The Audrey Silva Company Limited, directed by Mildred Okwo and starring Rita Dominic and Nonso Bassey (in lead roles) will launch locally in theatres nationwide on the 19th of March 2021. The film will be distributed by, Silverbird Distribution, the company, which distributed their earlier releases The Meeting and Surulere

In response to the prevalent realities of the film industry, La Femme Anjola will also release digitally for the rest of the world on a paid platform using assets specifically created for this. This move is expected to be a landmark one as La Femme Anjola becomes the highest profile Nollywood film to explore distribution and exhibition opportunities outside of the mainstream avenues currently existing.

The coronavirus pandemic has radically altered the way that the film industry does business with lockdowns and social distancing measures preventing audiences from experiencing films communally. In the United States, Warner Bros’ revolutionary new direction put its entire 2021 theatrical slate on their streaming platform HBO Max for the films’ respective first month of release, concurrent with a global cinema release.

The long-awaited thriller which borrows heavily from the film noir elements of Hollywood’s golden age has been at least five years in the making. The bulk of this time was spent sourcing the big budget funding that could deliver a film on the scale that producers Okwo and Dominic envisioned. With the funding secured in March 2019 from Lagos based GTI Securities as well as other private investors, Okwo finished up production in time for a 2020 release only for the rollout to be interrupted by the Covid 19 pandemic. With this model, producers of La Femme Anjola are going where the audience is by outlining an inclusive distribution drive that accommodates the wide interest generated home and abroad from the film’s steamy teasers.

Okwo is optimistic that the investment in making quality Nigerian films with a strong universal appeal will be worth the effort and that this novel release plan will be successful. “A lot of money and resources was put into the film from the talent to the production design and special effects. We want to give people a good time obviously, but we also want to be able to make good returns, so more people are encouraged to invest in Nollywood.”

La Femme Anjola is the story of a young man Dejare (Bassey) who becomes entangled in a deadly game of cat and mouse when he meets and falls for a mysterious woman Anjola (Dominic) whom he simply cannot have. The Tunde Babalola scripted thriller is uniquely Nigerian with plot details touching on elements of greed, betrayal, desperation and the lure of the Nigerian dream. The film was shot in locations in Lagos, Nigeria and Cape Town (South Africa)